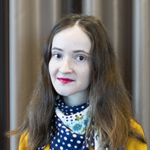 On the 35th day of war in Ukraine (30–31 March 2022), a national pollster, the Sociological Group ‘Rating’, conducted a survey— The Seventh National Poll: Ukraine during the War—that must serve as a wake-up call for the transatlantic community.

The survey revealed that among Ukrainians support for NATO membership has declined after reaching an all-time high (76%) in the first days of the Russian invasion. In the following weeks, though, it trended downward and, by the end of March, at 68%, almost reaching the pre-war level of 62%.

Just as President Zelensky’s rhetoric is becoming harsher and more uncompromising with each new speech to a Western parliaments and his cabinet officials no longer mince words when talking directly to allies, the Ukrainian public, it appears, is beginning to lose patience and faith in the organisation founded to defend freedom, peace and democracy in Europe (where there are 30 member states) and North America (with two member states).

An earlier survey by the same polling agency may help to explain this worrying tendency. At the time of that survey (March 8–9 2022), 63% of Ukrainians believed that military assistance should be NATO’s priority. Yet, only 29% rated the military aid received as sufficient, with 62% saying it was not enough and 9% finding it hard to tell.

As to the most urgent issue for the country, 89% of respondents demanded the skies over Ukraine be closed, while 90% believed the government should keep up pressure on NATO to do so. Although half of the respondents (precisely 50%) expected that a no-fly zone would eventually happen, only 19% considered it likely in the near future.

However, 43% were less optimistic, saying the West would not close the skies, with 79% attributing the delay to the paralysing fear of a direct military confrontation with Russia, and 12% asserting that the NATO countries simply did not want to damage relations with Russia.

It is unlikely that such a clear-eyed assessment from the general public would be found in any Western European country or the US. Such well-defined priorities and expectations in terms of the military aid needed and expected should be the envy of any analytical journalist in the Western press or in any top-level policy debate.

There is a risk that the sentiment, if not mitigated, might gradually spill over to neighbouring countries. Although not objectively justifiable, it is not impossible that a significant portion of the population in some NATO member countries, such as Romania and Bulgaria, the Balkans or even Turkey, may also soon begin to question the alliance’s ironclad resolve. The traditionally pro-NATO voters in these countries may be inclined to become more sceptical and, in turn, susceptible to propaganda. Absent a constant threat from Russia on their borders, the social dynamic in these countries may stand in stark contrast to the Baltic states, Poland, Finland or even Sweden, where the war in Ukraine has so far consolidated how each nation perceives matters of security and what guarantees security.

If NATO’s response is now seen, at least by some, as inadequate and in the future is viewed as a precedent for inaction in the conflicts and challenges to come, Europe will probably see more damage from the hostile influence campaigns—both foreign and domestic.

First, these seeds of doubt will inevitably be exploited by the home-grown populist forces to question their nation’s commitments—financial ones, in particular—to the NATO alliance. Many political actors will have to regroup and (at least temporarily) distance themselves from their Russia-leaning positions on which their identities may have previously relied. This distancing, temporary or not, will be a gateway to allow those on the Kremlin’s actual payroll to continue toeing the old line of undermining Western unity while avoiding a direct affiliation with Moscow. In fact, European voters losing faith and confidence in NATO and the whole idea of the transatlantic security architecture may currently be contributing to Marie Le Pen’s rise ahead of the presidential election in France.

Second, there is no reason to expect that Russia will give up its usual information warfare tactics. The Kremlin propaganda and diversion strategy may not be as persuasive in 2022 as it was in 2014, at the time of the Russian annexation of Crimea, when many Europeans were persuaded to ‘question everything’. But there may be sleeper cells waiting for the right time to launch an offensive—and they may strike sooner than we expect. As the war in Ukraine drags on, the political and media establishments zoom out, and societies inevitably become exhausted by the grim news, a new window of opportunity for Russia will open. The many undeniable failures of leadership in the free world will be low-hanging fruit, regardless of whether criticism is deserved.

The Ukrainian public’s mood shift on NATO cannot be explained by the frustration and disillusionment about the West in general. The same survey registered a dramatic spike in support of the EU in Ukraine. In the first days of war, it ballooned from 68% to 86%. And by the end of March, 91% of Ukrainians wished the country would join the Union—a record-breaking figure, the pollster noted.

If the decrease in approval of NATO is tied to people assessing military aid to Ukraine as insufficient, the EU’s performance must be linked, first of all, to the appreciation of EU diplomatic efforts and humanitarian efforts—48% and 47%, respectively. More comprehensive polling is needed to decipher these numbers. For instance, as NATO continues to debate further military aid, 47% of Ukrainians say the country should receive more weapons.

Speaking after a NATO ministerial meeting on 7 April, Ukraine’s Foreign Minister Dmytro Kuleba said that he was ‘cautiously optimistic about supplies from some allies’ but ‘not optimistic that NATO as a whole will supply Ukraine with the necessary weapons in the foreseeable future’. ‘That may change, but for now I don’t see it,’ he added. In the Foreign Minister’s opinion, although NATO as an institution is encouraging allies who want to provide assistance to Ukraine, the organisation is only providing ‘a platform to discuss’. Yet, regardless of who makes the final decision as to providing more military aid, whose budget pays for it and which national or supranational authority should, therefore, be formally recognised as a supplier, it will make little difference to the public perception. The news reports will, nevertheless, say that it was the US, the UK or Estonia that delivered Stingers, Javelins or Harpoons.

Similarly, there might be public confusion in relation to Europe and the EU, with the latter benefitting greatly not only from the individual EU members’ positions, but also from Britain’s more vocal position. Needless to say, these polling numbers should not be interpreted as an endorsement of Germany and France’s feeble approach that is shaping the EU’s foreign policy. Paris, Berlin and Brussels are, by no means, the shining cities on the hill, where the Ukrainian people are now looking to for leadership.

Due to the old EU powerhouses’ increasingly entrenched appeasement strategy on Russia, in particular, in terms of further sanctions (which 62% of Ukrainians deemed insufficient), the EU’s current positive image may suffer and follow the same path as NATO in the very near future.

It may all be about branding, but NATO cannot afford to lose the strategic communication battle on the field where it is essentially fighting against itself. An alliance built on common values must not lose credibility with the people defending those values on the literal front lines.