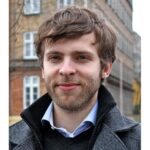 Less than a decade ago, the Arctic region was widely regarded as an extraordinary, peaceful region. Brought about by a combination of a harsh geography incentivising cooperation over conflict and by the commitment of the Arctic countries themselves, the region was hailed in many quarters as exceptional, a place where the traditional rules of power politics had been, if not dismantled, then at least reined in. This is no longer the case.

Change has come about gradually, as a consequence of global warming and the opening up of the region to more human activity, and of the gradual increase of Russian and Chinese interest and activity in the region; and it has happened in jolts, stemming from the impact of both the Ukraine crisis on the region from 2014 and the new US focus on the region in 2018–19.1 This presents a significant challenge for the small states of the region, including the Kingdom of Denmark—the official name for the state entity consisting of Denmark, Greenland and the Faroe Islands.

Russia, China and the US in the Arctic

Russia remains the best-equipped Arctic state in terms of capabilities (number of icebreakers, bases, Arctic-capable troops, etc.).2 Russian intentions in the Arctic are, however, not easily discerned. On the one hand, Russia has important economic interests in a stable Arctic connected with oil and gas extraction and the use of the Northern Sea Route. On the other, much of Russia’s strategic deterrence, not least its fleet of nuclear-armed submarines, is stationed on the Kola Peninsula.3 As tensions rise, Russia therefore also has an interest in increasing its military presence to protect these capabilities as well as ensuring the maximum operational reach of these assets.

China’s presence in the Arctic is not comparable to Russia’s. Although claiming to be a “near Arctic” state, China has no territory in the Arctic region and its current activity there, which is still fairly limited, is primarily tied to commercial and research ventures. There is a growing fear among the Arctic states, however, that China’s commercial and research assets might be “dual use”, capable of also being leveraged for political and possibly even military purposes.4

US interest in the Arctic region has undergone a marked change over the last few years. Before 2018 or so, the US paid comparatively little attention to the region, but that has now changed as a consequence of Washington’s concern over Russian and Chinese behaviour there. This was articulated most clearly in US Secretary of State Mike Pompeo’s speech in the Finnish city of Rovaniemi ahead of the Arctic Council ministerial of May 2019 and in the Pentagon’s Arctic Strategy in June that year, which designated Russia and China as strategic competitors in the region.5

The Danish Case: Keeping the Kingdom Together in the Midst of Great Power Rivalry

However, few great power moves have received as much international media attention as president Donald Trump’s failed attempt to buy Greenland in 2019.6 Nevertheless, flamboyance connected with the failed purchase aside, the attempt very much signalled a new US interest in the Arctic in general and in the Arctic parts of the Kingdom of Denmark in particular. It has been this change in the US approach to the region that, more than anything, has caused the Danish government to revise its own Arctic policy. While increased Russian and Chinese activity and presence have certainly been putting pressure on the Danish authorities (more on this below), the US shift means that the Danish government must now increasingly deal with calls from the US to support its priorities in the region. Highest on the current US agenda vis-à-vis the Kingdom is getting Danish authorities to increase surveillance of airspace and maritime areas in and around Greenland and the Faroe Islands to fill what the US sees as dangerous gaps that could be exploited by primarily Russian planes and submarines.

The Danish authorities have already responded to this pressure. On 3 December 2019, while attending the NATO Summit in London, which included a bilateral meeting with president Trump, the Danish prime minister, Mette Frederiksen, unveiled her country’s plans to spend an additional 1.5 billion Danish kroner (about 200 million euros) on increased situational awareness in the Arctic.7

For the Kingdom of Denmark, handling great power rivalry is further complicated by the simultaneous challenge of keeping the three parts of the realm together. This is due not only the Kingdom’s two autonomous provinces of Greenland and the Faroe Islands having gradually gained more say over foreign and security policy, but also to the fact that economic and security concerns are becoming increasingly entangled in the Arctic. As a result, both Greenlandic and Faroese politicians are very much aware of this correlation and the rising geopolitical importance of their territories, and are consequently interested in leveraging their new position for the benefit of their constituents. This creates new dilemmas for the Danish government, not least because economic growth and development in Greenland and the Faroe Islands is also directly tied to political aspirations for independence from Denmark.

In Greenland, independence movements have long been strong, with around two-thirds of the population favouring eventual separation from Denmark.8 However, similar polling shows that there is little support for this if it leads to a significant drop in living standards.9 Since around half the budget for Greenlandic self-rule is covered by a so-called block grant from the Danish state,10 securing the necessary economic growth to function without the block grant—for example by attracting foreign investment to Greenlandic infrastructure and extractive industry projects—is a key component in the territory’s independence aspirations. One recent example is Greenland’s current plans for airport construction and modernisation. Hence, when the territory’s government initiated the process in 2017 to construct an airport in Qaqortoq and to modernise those in Nuuk (the capital) and Ilulissat—the projects totalling around half a billion US dollars—the Chinese company CCCC was amongst the bidders. However, the US was quick to express its concern, US Secretary of Defense James Mattis raising the matter directly with his Danish counterpart, Claus Hjort Frederiksen, and signalled its own willingness to help fund Greenlandic infrastructure.11 As a consequence, the Danish government offered Greenland help by providing funding for the airports to keep the Chinese out.12 Furthermore, in 2020 the US both announced a 12-million-dollar financial package for Greenland and reopened its consulate in Nuuk, stating its intention to strengthen direct contacts between the US and the territory.13

The Faroe Islands is also home to independence movements, though they do not currently enjoy the same levels of support as is the case in Greenland, with around half the population favouring eventual separation from Denmark.14 In addition, the Danish block grant to the Faroe Islands is smaller.15 However, that doesn’t change the fact that, for the Faroese too, freedom to pursue economic priorities has traditionally been a central priority, especially when it comes to securing their vital fish exports, for which Russia currently constitutes the largest market.16 Events in the Faroe Islands also demonstrate increased Chinese involvement. This has become clear as the Faroese have begun the process of deciding which supplier to pick for rolling out 5G. Controversy broke out when it became public that the Chinese ambassador to Denmark, Feng Tie, may have implied to the Faroese authorities that a trade deal between China and the Faroe Islands was linked to Tórshavn picking the Chinese firm Huawei for 5G.17 The US has, in turn, reacted with the US ambassador to Denmark, Carla Sands, writing in a Faroese newspaper warning against the dangers of choosing Huawei.18 In addition, recently initiated US-Faroese trade talks are likely to provide some counterpressure to the Chinese.19

The US approach to the controversies described above—involving increased direct US engagement with Faroese and Greenlandic officials—is a relatively new phenomenon. For example, such contacts did not exist to the same extent during the Cold War, when the two territories had much less of a say over foreign and security policy. For the Danish government, the effects on Denmark’s ability to pursue its Arctic interests are complex. On the one hand, direct US interaction with officials in Nuuk and Tórshavn could diminish Denmark’s traditional role as caretaker of the Kingdom’s foreign and security policy. On the other, however, it could also ease the pressure on Copenhagen to explain and convince the Greenlanders and the Faroese on how to handle US requests in the region.

Where does all this leave the Kingdom of Denmark during the forthcoming years of the Biden presidency? The short answer is that US policy on the Arctic is unlikely to change drastically. US rhetoric can be expected to soften, and it will probably give much more priority to combating climate change. However, when it comes to traditional security policy, US strategic interests in the region will remain. The smaller Arctic states will therefore probably need to continue to maintain the proper balance between handling great power conflict—including, but not limited to, staying on good terms with the US as a great power security guarantor—while at the same time striving to de-escalate relations between the great powers as much as possible, all the while trying to advance sustainable development in their Arctic regions.