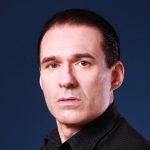 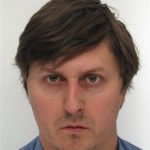 Roots This article does not look at the Italian far-right (e.g. Matteo Salvini) and their relations with Russia,1 although Russia

This article does not look at the Italian far-right (e.g. Matteo Salvini) and their relations with Russia,1 although Russia has, of course, established good ties with several Italian centre-right politicians (such as Silvio Berlusconi) and much has been written about this.2 We will instead look at Russian ties with Italian left-wing forces—the socialists and communists, and also leftist liberals—because this is a topic that needs more attention.

The Italian left and Russia have long-standing roots, which can be seen at least in the early 20th century. However, the Russian Empire and Italian states had established relations as early as the 16th century.3 The founder of Italian fascism, Benito Mussolini, was, when still a socialist, impressed by Lenin and his ideas.4 Mussolini’s father Alessandro (1854–1910) was an aggressive and active socialist and named his son in honour of the Mexican socialist politician and president Benito Pablo Juárez García (1806–72). Alessandro Mussolini was a follower of Russian revolutionary, socialist and anarchist Mikhail Bakunin. Benito Mussolini and his father were very close and Alessandro taught his son much about Marxism, socialism, revolutionary ideas and Karl Marx. Mussolini’s early political views were influenced by his father, who was also very interested in Italian nationalist ideology and politicians such as Giuseppe Mazzini and Giuseppe Garibaldi.5 In 1902 Mussolini moved to Switzerland where, during a political meeting, he met Lenin and the Jewish Russian-Italian communist Angelica Balabanova. The latter influenced him and Mussolini began to study Gracchus Babeuf, Nietzsche, Georges Sorel, Marx and other philosophers and thinkers. Mussolini later became a member of the Italian Socialist Party, and for a time was editor of its official newspaper, Avanti! (“Forward!”). Nevertheless, due to a disagreement over the socialists’ neutralist position on Italian participation in the First World War, Mussolini left the party and later established fascism, although its roots lay partly in socialism.

A preliminary agreement between Italy and Soviet Russia was made on 26 December 1921, when the Italian government de facto recognised the Sovietregime. When Mussolini came to power in 1922, he and the Soviet Union recognised each other de jure and Italy and the Soviet state established official diplomatic relations on 7 February 1924. A Treaty on Friendship, Non-Aggression and Neutrality between Mussolini’s Italy and Stalin’s Soviet Union was signed on 2 September 1933. This agreement later became more formal, but was broken on 22 June 1941 when Italy declared war on the USSR. As Angelantonio Rosato rightly remarks:

During the Second World War, Mussolini’s and Stalin’s diplomats negotiated mutual recognition of spheres of influence in the Mediterranean (Rome) and Central/Eastern Europe (Moscow). During this period, fascist Italy and the Soviet Union almost signed a comprehensive alliance in order to counter-balance German supremacy in Europe.1

The Comintern and Italian Communists

Italian communists and socialists had ties with the Comintern from the 1920s, although they became more active after the Second World War. Known more formally as the Third International, the Comintern was an international organisation that existed between 1919 and 1943 and advocated global communism and tried to organise communist movements around the world. It was founded at a congress in Moscow on 2–6 March 1919 at which the invited parties and movements included the Italian Socialist Party, which had been established in Genoa in 1892. One of the most prominent Italian communist and Marxist philosophers was Antonio Gramsci (1891–1937), who also had ties with the Soviet Union and was considered one of the founders of neo-Marxism. He was active in the Comintern, especially in 1922–3 when he lived in the Soviet Union, where he met Lenin.

The Italian case is particularly interesting, given the country’s historical, political, business, and personal ties with Russia. After all, Italy’s Communist Party remained the largest interlocutor in Europe for the Soviet Union during the Cold War, and even after its fall, Italy consistently carved out an inclusive role for Russia on the European security stage. Rome championed the creation of the NATO-Russia Council, advocated to include Russia in the European Union (EU)’s Eastern Partnership program, and petitioned against the renewal of sanctions against Russia in the wake of Russia’s military actions from Ukraine to Syria.6

After the liberation in 1945 the Italian Communist Party (PCI) maintained its ties with the Soviet Union as a central feature of party policy, even while cooperating with the national government and participating in the drafting of a constitution. (Later it successfully lobbied for the automotive company FIAT to set up the AutoVAZ (Lada) car factory in the Soviet Union in 1966.)

In 1945 Italian communists also created a clandestine paramilitary force, made up of former members of the dissolved “Garibaldi Brigades” of partisans and reporting to the PCI leadership, in particular Pietro Secchia, right-hand man of party leader Palmiro Togliatti.7 Its purpose was to prepare for an eventual insurrection decided by Moscow and to react to a possible coup organised by the far right.8 The fact that the Soviet authorities were constantly informed of the activities of this paramilitary organisation is confirmed by a report from the Soviet ambassador in June 1945, which mentions that “the partisans of the North continue to hide weapons”.8

In 1947 the USSR created Cominform (from Communist Information Bureau), an international organisation to reinforce Soviet control and coordination of European communist parties. After its establishment, Togliatti adopted a harder line, declaring the need to prepare “if not for illegal action, at least for a very harsh confrontation”.8 The communist paramilitary organisation was to receive help through Yugoslavia and, possibly, Czechoslovakia, with men trained by Soviet advisers and former partisans.9 The fact that the Italian communist militants were being trained on three levels (guerrilla, sabotage and interception) in Eastern Europe indicates that the paramilitary had not only a defensive purpose but also offensive tasks.7

On the eve of the 1948 elections Togliatti met the Soviet ambassador, Kostylev, to discuss the possibility of an armed insurrection, assuring him that the Italian communists would seek Moscow’s approval before acting. The Soviet government, however, rejected any armed seizure of power, considering it unrealisable.

After the establishment of the Warsaw Pact in 1955, the PCI decided to reorganise its clandestine military organisation, creating small groups of specialists trained in military camps in Eastern Europe and tasked to act as fifth columnists to support a Warsaw Pact invading army.7 Responsibility for the organisation passed from Secchia to Giorgio Amendola, a PCI member of the Italian parliament.

In the 1960s the importance of the paramilitary organisation declined, and its stocks of weapons were progressively and secretly destroyed. However, the organisation was still in existence in 1967, when Amendola was tasked by the party to seek Soviet assistance to organise the clandestine survival of the party in case of a far-right coup.10

The paramilitary organisation was apparently disbanded in 1974. Meanwhile the first cracks between the Italian communists and Moscow had appeared. The repression of the Prague Spring in 1968 was criticised by the PCI, which refused to support the Soviet invasion of Czechoslovakia. In the 1970s, under the direction of party secretary Enrico Berlinguer, the PCI embraced the idea of “Eurocommunism”.

The 1980s marked a turn in Italian relations with the USSR. In 1980 the PCI leadership condemned the Soviet intervention in Afghanistan, and Berlinguer described the USSR as an imperialist power in the same league as the US. In December 1981, as a consequence of the repression in Poland, the PCI consummated its break from the Soviet Union, known in Italy as “lo strappo” (“the split”). Berlinguer stated that in his personal opinion “the progressive force of the October Revolution had been exhausted”. The PCI criticised the “normalisation” of Poland and the PCI’s split with the Soviet Communist Party became definitive and official, followed by a long polemic between Pravda and L’Unità (the official newspaper of the PCI).

Some Italian communists and socialists are positive about Russia and the Putin regime. Eleonora Forenza, for example, is spokesperson for culture and communication of the Communist Refoundation Party (Partito della Rifondazione Comunista, PRC) and a member of Femministe Nove and of the board of the International Gramsci Society. In 2014 she was elected to the European Parliament. According to some sources, she was applying for the pro-Russian separatist republics of Donetsk and Luhansk to be recognised by Europe.11

In 2017 Forenza visited the Donbas “republics”, expressing her support and calling the Maidan revolution a “putsch” fomented by NATO in an interview on the blog Sakeritalia.12 Paola Palmieri, another Italian left-wing politician, representing the Unione Sindacale di Base (Italian Workers’ Union), stated that the USB would always support the position of the “Luhansk People’s Republic” in its fight against Ukrainian “fascists” and the Kyiv “junta”.13 She also attended celebrations in Luhansk on 1 May, calling the manifestation an expression of the people’s resistance against “Ukrainian Nazism”, “scientific aggression” and “horrendous barbarity” for which, according to her, not only the Ukrainian government, but also EU, NATO and US were responsible.14

Left-wing Liberals and Centrists and Their Ties with Moscow

The Kremlin’s interests in Italy go beyond political forces on the far-left and far-right. Even liberals (including on the left and right) and centrists are part of Moscow’s target audience, with whom Putin’s regime is trying to create good relations and cooperation.

For that reason, Moscow also invested significantly in Matteo Renzi, Italian prime minister from 2014 to 2016, through whom it sought better relations. Renzi’s views makes him a liberal and centrist, and between 2013 and 2018 he led Italy’s Democratic Party (Partito Democratico), “aiming to hold together a delicate center-left coalition”.6

As Speranza rightly pointed out:

Despite his position as a strong ally of the West—and the United States in particular—Renzi tried to cultivate closer economic cooperation between Italy and Russia during his term. Though he backed initial sanctions against Moscow after the Ukraine crisis, he opposed their renewal and searched for openings to bring Russia back into Europe’s security discussions. While in office, Renzi also described Russia as an indispensable partner for Europe, praising Putin’s “wise approach” to controversial issues on the global stage, such as the Syrian crisis.6

As we have seen, the Kremlin has had several tools and opportunities to influence modern Italian politics and the political environment, far-right, far-left and liberal politics and parties—all of which could be seen as potential targets for Moscow’s hybrid warfare.

2 One of the strongest Russo-Italian relationships today is that between Vladimir Putin and former Italian prime minister Silvio Berlusconi, leader of the centre-right party Forza Italia (“Go Italy”). They have a long-standing friendship and partnership (see note 12).

5 A. James Gregor 1979. Young Mussolini and the intellectual origins of fascism. Berkeley and Los Angeles, CA and London: University of California Press.

10 Andrew Christopher and Vasili Mitrokhin 1999. The Mitrokhin Archive: The KGB in Europe and the West.