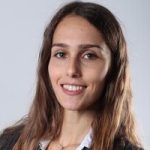 French president Emmanuel Macron caused quite a stir with his recent statement¹ that France would not retaliate with nuclear weapons against Russia if the Kremlin launched a nuclear strike on Ukraine. A follow-on tweet² from his official Twitter account saying “we do not want a world war” only added to the backlash on social media. While this messaging was in line with that from other allies—and did not express any intention to abandon Ukraine for the sake of avoiding a nuclear war—it was widely interpreted as, at the very least, undermining deterrence³. Although some of the harsher reactions are quite misguided, the episode raises a legitimate question about whether the French nuclear deterrent carries much weight in protecting Europe as a whole from rogue nuclear regimes.

Sovereignty at the Heart of Deterrence

Since Charles de Gaulle, all presidents of the French Republic have followed the same path in terms of nuclear deterrence: the priority of French defence policy is to preserve the country’s independence and national sovereignty. This national sovereignty is intrinsically linked to freedom of action, which is at the heart of the French concept of deterrence. It means that France need not depend on any other power’s “nuclear umbrella” to ensure its own security. France wishes to remain sovereign in assessing what constitutes a threat to its own “vital interests” and in deciding how best to secure them.

This perspective serves as a reminder of French presidents’ determination to remain outside NATO’s integrated nuclear mechanisms. The 2017 Strategic Review of Defence and National Security placed strategic autonomy at the centre of France’s defence strategy: “Because it conditions the exercise of our sovereignty and freedom of action, our strategic autonomy remains a priority objective of our defence policy. In an international system marked by instability and uncertainty, France must retain its ability to decide and act alone to defend its interests.” Once France’s vital interests and threats to them have been defined, the president of the French Republic, as the commander in chief of the armed forces, has the sole authority to decide on the use of nuclear weapons to defend those interests.[i] Thus, his or her words (and tweets) matter a great deal in revealing what would happen if, for instance, Russia launched a nuclear strike on Ukraine or any other country.

Estonians are entitled to ask whether their country’s independence, sovereignty or territorial integrity are vital enough interests for France to employ nuclear weapons in their defence. According to Marko Mihkelson, chairman of the Foreign Affairs Committee of the Estonian Parliament (Riigikogu) and member of the Estonian delegation to the NATO Parliamentary Assembly, France’s nuclear arsenal seems to be an important guarantee of Estonia’s security: “Although the strategic nuclear deterrence of France is strictly sovereign, its global extent also protects the interests of other allies, including Estonia.”

However, the question remains whether and to what extent France’s nuclear status would matter if it became necessary to counter an act of aggression against Estonia by another nuclear power, Russia. Should the president of the French Republic see the defence of Estonia as more important than mitigating the risk of a nuclear Armageddon? Some observers would say no. For instance, Vladimir Tchernega argued in 2015 that “the danger of a nuclear war in Europe is real. But it can be avoided, provided that we change the way we look at the situation or, more concretely, that we play it down”. It would hardly be reassuring if Paris were to play down an act of Russian aggression against a NATO ally or serious escalation of an existing war in order to avoid a nuclear war. Bruno Tertrais, an influential French policy expert, recently lamented that there is a poor understanding in the French armed forces (though not among the high command) that we are no longer living in the 20th century and that the defence of Estonia or Romania means the defence of France.

Europe as a “Vital Interest”?

But still, if France can only use its nuclear weapons if its “vital interests” are endangered, what are those interests? Then-president Hollande’s speech of 2015—a nuclear policy speech of the type that every French president delivers—provided some clarification in this regard: “The integrity of our territory and the safeguarding of our population constitute the core of our vital interests.” However, he was clear that France’s vital interests extend beyond its borders. In concrete terms, Europe, and therefore, by implication, Estonia, is a vital interest for France: “The definition of our vital interests cannot be limited to the national level alone […]. We participate in the European project, we have built a community of destiny with our partners, the existence of a French nuclear deterrent makes a strong and essential contribution to Europe. France also has a de facto and heartfelt solidarity with its European partners. Who could believe that an aggression, which would jeopardise the survival of Europe, would have no consequences?”

Yet there are concerns that the factor of European integration might interfere with France’s desire to maintain its independence in nuclear decision-making. General Lucien Poirier, one of the leading French theorists on nuclear deterrence, once asked: “How can we reconcile the requirements and constraints of decision-making autonomy, which the atom imposes on our strategy, with our no less necessary contribution to the security of our neighbours and allies?”

The 2017 Strategic Defence and National Security Review and its update in 2021 attempted to provide the clarification requested by France’s allies. France reaffirmed its adherence to Article 42.7 of the EU Treaty, which it considers a “binding commitment”. One passage in the Review is particularly relevant: “Our interests must be assessed in the light of the increasing interweaving of the interests of European states. […] This political reality implies that an external aggression against the integrity or cohesion of Europe would seriously affect our interests. France may have to commit itself on the basis of a vision of its security interests.” Upholding the interests of the EU as a whole would be in French interests, but would this really entail France extending its nuclear deterrent across the entire EU?

President Emmanuel Macron seems to be advocating not a European deterrent based on French nuclear forces but rather the construction of a European strategic culture and a dialogue between European partners on the French nuclear deterrent and its role in ensuring the security of the European continent. At the same time, his proposals are often met with silence from his European partners—especially from the Germans, to whom his War College speech of 2020 was mainly directed. Germany seems content with NATO’s nuclear umbrella, as evidenced by the words of the then-defence minister, Annegret Kramp-Karrenbauer: “We have been protected during the past decades by the nuclear umbrella as we know it and I don’t see a reason why we should abandon this principally.”

At the same time, as a result of Russia’s aggression against Ukraine, France is rushing to reinforce NATO’s eastern flank with conventional capabilities, which includes deploying additional troops, heavy armour and aircraft to the Baltic states and Romania. This perhaps matters more to overall deterrence than France’s nuclear deterrent, which, as an ultimate backstop, merely reinforces the country’s self-confidence when it enhances and sustains its commitment to NATO’s collective defence. Possession of nuclear weapons certainly allows France to respond to Russia’s potential nuclear blackmail, as Moscow has not hesitated to raise the spectre of nuclear war. To this threat, France’s then-minister of Europe and foreign affairs, Jean-Yves Le Drian, replied: “I think that Vladimir Putin must also understand that the Atlantic Alliance is a nuclear alliance.”

Paris sees the new challenges posed by Russia’s war in Ukraine as part of an overall deterioration of international security and as a monumental challenge to the rules-based order. But when it comes to deterrence and defence, France draws a clear distinction between NATO or EU members and non-members. France is officially not engaged in the war in Ukraine, even if it supplies arms to Kyiv. In the event of an attack on a NATO or EU member, however, it will commit itself instantly, perhaps even with nuclear weapons.

Why “perhaps”? France’s nuclear deterrence strategy involves maintaining ambiguity about whether nuclear weapons will be used and under what conditions. This ambiguity is a key factor in deterrence, and President Macron has been severely criticised for eliminating it in his statement on a scenario in Ukraine. Nevertheless, creating such uncertainty for the enemy inherently also means creating uncertainty for one’s allies. French defence policy in terms of nuclear weapons could apparently be summarised as follows: France, a nuclear power, is fully committed to its European and Atlantic allies. To endanger an ally is to endanger France. The assessment of the extent of this danger is the responsibility of the president of the Republic who is completely independent in his or her decision-making.

As various observers have sometimes noted, deterring Russia from resorting to nuclear weapons in the midst of an escalating war basically involves manipulating the cost-benefit calculus of one man, Vladimir Putin. Likewise, if there were a war with Russia, only one person could make the fateful decision that an attack on a NATO or EU member required France to respond with nuclear weapons: the occupant of the Élysée Palace. All such occupants to date have taken very seriously the responsibility that comes with having sole authority over the use of nuclear weapons and are guided by the doctrine that perpetuates this tradition.

Nonetheless, French presidents are not detached from European security dynamics, even if their interpretation of and instincts in addressing some of the challenges emanating from such dynamics might not necessarily satisfy France’s allies and partners. Membership in NATO or the EU, which seems to mean that the given ally’s security qualifies as part of France’s “vital interests”, is a necessary but perhaps not sufficient condition for getting under France’s “nuclear umbrella”. It is essential that other member states and allies engage Paris in high-level and continuous dialogue, thus improving France’s understanding of how its independent nuclear deterrent, its vital interests, and Europe’s security are interlinked. Only then can we be confident that, if Estonia or Romania is severely threatened by Russian aggression, the French president will inform the Kremlin: “You will face a world war if you do not stop now.”

For now, however, we must accept that France—just like the other two nuclear powers of NATO—is not willing to go down the path of nuclear escalation in Ukraine and cannot threaten it. Such a threat would have little credibility and thus would not deter Russia’s dictator. Given the enormous credibility France holds as a first-tier military power, it should help Ukraine defeat Russia’s aggression and also help deter an attack, nuclear or conventional, on any member of NATO. This appears to be Paris’s intent, but it can and must do more, especially on the Ukraine front.

[i] The president of the Republic is the head of the armed forces (Article 15 of the Constitution). The president cannot declare war without the consent of Parliament (Article 35). But he or she alone decides on the use of nuclear force.