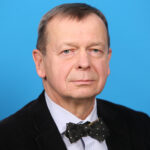 Since entering into force in 2011, the New START (Strategic Arms Reduction Treaty) has helped to verifiably reduce deployed and non-deployed nuclear delivery vehicles and deployed nuclear warheads. The Treaty is due to expire in 2021, unless the parties agree to an extension – a process that has been initiated, but the outcome remains to be seen.

Failure to agree to an extension will have an adverse impact on the broader arms control and disarmament agenda at a time when the two major nuclear powers – the US and the Russian Federation – already have difficulties meeting their obligations under the Non-Proliferation Treaty.

This is because while the New START allows the US and Russia to modernise their strategic nuclear forces within treaty-defined limits—and both are doing so by replacing aging systems—in the US, bipartisan support for the nuclear modernisation programme was linked to the implementation of the New START and other arms control processes that seek to reduce Russian nuclear forces. If the New START is not extended, the fate of these other processes is also uncertain.

If the New START is extended, however, it could also serve as a baseline for wider arms control talks. This appears to be what the Trump administration had in mind when it tried to achieve a political agreement on the outline of future talks as a precondition for extension.

On paper, extension ought to be straightforward as both sides comply with and are ready to keep the treaty in force despite its flaws. But it is threatened both by their concerns about technologies outside the treaty, and by issues of process.

The various weapon systems that are not covered by the New START or other arms control instruments but are issues of concern for the US and Russia, do not overlap and probably cannot be dealt with in one future agreement. Any attempt to deal with these numerous concerns in a single set of talks may lead to the collapse of negotiations, also threatening the extension of New START.

Biden administration is seeking a five-year extension with Russia, which is now studying the details of Washington’s proposal.

The extension process has in any case already been muddied by Trump’s attempt to get China to join the New START as a third party. This was doomed to failure on technical grounds, because of the quantitative gap between the nuclear arsenal of China, and those of the US and Russia, and because Chinese nuclear weapons could not be counted as deployed according to the provisions of the treaty. Perhaps more importantly, China would also have needed to be convinced that it had something to gain from participating—calls for it to take responsibility as major military power were probably not enough.

But even with just the US and Russia involved, the state of US-Russia relations, which are very different today compared to 2010 when the New START talks were concluded, will be a major challenge to negotiating an extension.

Furthermore, even if the parties can quickly agree to an extension, Russia has indicated that it may need parliamentary ratification. If this process is delayed, the Treaty will expire, and there will be no binding limits on the world’s two largest strategic nuclear arsenals.