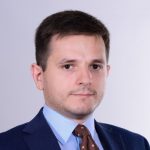 While the countries of NATO’s north-eastern flank—Estonia, Latvia, Lithuania and Poland—are correctly putting emphasis in their security policy on strengthening deterrence, they need to take a more proactive stance on arms control.

Although current prospects are not promising in the light of Russian violations and circumventions of existing treaties, demand for greater engagement with Russia on arms control is growing among NATO nations. Without a constructive input from the flank countries, NATO’s arms-control agenda and the actions of individual European Allies could become detached from deterrence efforts and weaken NATO cohesion. The north-eastern countries should thus identify and promote balanced solutions that can be used to increase the region’s security.

With regard to post-INF Treaty NATO policy, the north-eastern Allies should contribute by promoting a quick but flexible military response to a Russian missile build-up. NATO should make full use of currently available types of conventional military assets, but also be ready to review its posture in light of future developments. This should include consideration of the military utility of deploying short- and intermediate-range ground-launched missiles. In terms of arms control, working on proposals to prohibit arming such missiles with nuclear warheads may be a good starting point. The north-eastern Allies should insist that this concept also include banning land-based nuclear missiles with ranges below 500 km.

In terms of conventional arms control, the north-eastern Allies need to continue to work to preserve the existing arms-control, confidence- and transparency-building agreements, including the Treaty on Open Skies. They should continue to raise the issue of Russia’s lack of reciprocity and demand full implementation of its obligations. To incentivise Russia to agree to the updating of the Vienna Document, countries in the region could signal openness to discuss some Russian proposals on additional transparency. They should also support a dialogue of regional experts aimed at exploring confidence-building proposals. NATO’s north-eastern members also need to be active in the internal NATO and European debates about the potential future shape of a pan-European conventional arms-control architecture.

In the realm of non-proliferation, working towards a successful 2020 NPT Review Conference may require the countries of the region to adopt a less confrontational stance towards the Treaty on the Prohibition of Nuclear Weapons (TPNW). These Allies may also insist that the five NPT nuclearweapon states work to reduce the risks of unintended escalation and nuclear war. In talks with the US, they should advocate a more realistic American arms-control agenda, including extension of the New START Treaty. In addition, they should call within NATO for greater engagement of national leaders in defence of the Alliance’s nuclear policy.

Finally, the north-eastern NATO members need to build on their experience regarding cyberspace and step up their involvement in debates on setting legal norms for other new and emerging technologies. In some cases, the region’s countries may be interested in the application of new technologies for their own defence, while in others—such as fully autonomous lethal weapons— they should accept that some form of general restraints or prohibitions may be more beneficial to them.