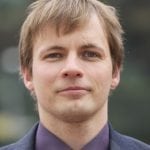 The Eastern Dimension countries should have a real chance of joining the European Union.