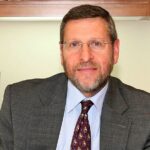 As Joe Biden takes over the presidency of the U.S., he faces a daunting array of domestic and international economic challenges. His administration is likely to deal with domestic issues first, then restoring relations with allies in Europe and Asia, and finally with China.

The COVID-19 pandemic was at its height as President Biden was inaugurated and the rollout of vaccines has been going slowly. So, the number 1 priority has been to speed up vaccination and to bring the virus under control. At the same time the economy needs additional stimulus. The U.S. lost more than 20 million jobs at the beginning of 2020 and had only got half of them back by inauguration. The December employment report showed that jobs recovery had completely stalled. Now that there is a Democratic Senate, there can be quick agreement on new stimulus with funds for state and local governments so that they can maintain health, education, and other services; extended unemployment benefits that last until full employment is restored; and more checks for the general population. Successfully implemented, these measures should bring about a strong recovery of the economy starting in the second quarter of 2021.

Another relatively urgent part of Biden’s economic agenda is infrastructure investment with an eye towards carbon reduction. This could include funds for public transportation, electric vehicles, and solar and wind power. President Biden would prefer, and probably needs, some Republican support for this effort, so that will take more time and will make it more of a medium-sized program, rather than a “green new deal.”

While these domestic challenges will be the immediate priority, Biden will want to get to work quickly on restoring relations with European allies. This will include a host of issues such as returning to the Paris climate accord and resurrecting the Iran nuclear deal. But a key aspect will be economics. Europeans will want Biden to recommit to the WTO and appoint new appellate judges; drop the various tariffs aimed at allies; and find a compromise on taxation of the American tech companies. If Biden is serious about improved relations with allies, he will need to show some flexibility and accede to at least some of these requests. Looking further ahead, there are differences between the U.S. and Europe on cross-border data flows and dealing with China.

Candidate Biden said that he wanted to restore relations with allies before confronting China and this is what he is likely to do as president. Biden and his team have indicated that they will leave in place for the moment the 25% tariff that the U.S. is imposing on about half of imports from China. The U.S. and China had agreed on a Phase 1 trade deal that was supposed to see enormous increases in purchases of American goods by the Chinese (in many cases displacing exports from U.S. allies in Europe and Asia). The quantities involved were never realistic and after a year China is only buying about one-half of the agreed amount. The sensible strategy for the Biden administration is to negotiate a Phase 2 agreement dealing with structural reforms of market access, forced technology transfer, state enterprises, and subsidies. In return the administration could phase out the tariffs, which have hurt U.S. manufacturing since much of what the U.S. imports from China are parts and components. But given the other things on the agenda, it is unlikely that the U.S. would reach this kind of agreement before 2022.

Coordinating U.S. policy towards China with European allies will be easier said than done. The Biden team hinted that it would be good for Europe to wait on its investment treaty with China, but the EU went ahead and inked the deal anyway. The investment treaty deals with some of the important structural issues such as opening more markets to foreign investment, an end to forced technology transfer, and strengthened IPR protection. Europeans seem clearly to favor the idea of deeper integration with China. The U.S. is more ambivalent with some policies aimed at more trade and investment with China while lots of specific restrictions are put in place concerning hi-tech firms or human rights issues in Xinjiang and Hong Kong. The Biden team has made clear that it will not pursue new mega-trade deals so that makes it unlikely that the U.S. will play a leading role in rejuvenating the global economic system. In the meantime, China signed not just the EU investment agreement, but also the Regional Comprehensive Economic Partnership with ASEAN plus Japan, South Korea, Australia, and New Zealand.

In summary, the Biden administration will remove some of the biggest irritants in U.S.-EU relations such as climate policy, Iran, and return to basic WTO norms — which would be significant progress. But it will be difficult to go beyond that to updating global institutions and rules. Donald Trump’s rise reflected a growing isolationist/protectionist sentiment in the U.S. Even with his defeat these forces remain powerful and make it difficult for the U.S. to play the same global leadership role it did in the past.

Filed under: CommentaryTagged with: United States of America