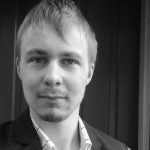 Democracy in the Western world may very well be in danger

Which Democratic Model Do We Prefer?

Viljar Veebel, analyst at the Estonian Foreign Policy Institute
Problems with the results of democratic elections are not only connected with Donald Trump, Viktor Orbán, the Polish government or Brexit—even Estonian voters tend to support anti-refugee sentiment, homophobia, racism and Edgar Savisaar (despite increasingly better PISA3 results).
However, let us assume that change is possible. Would we then choose the model in which all European-minded progressive decisions were always unanimously approved and applauded, both at the national level and in the European Parliament, or the kind that would involve heated debate with populist and radical groups who are also represented in parliaments?
On a wider scale, this is a question of whether democracy works better when voters can directly choose between ideas and ideologies or when “reasonable powers” make a pre-selection to ensure that “irrational” and “socially unacceptable” populist ideas do not get the chance to annoy respectable citizens. Or, more precisely—can we conclude that democracy is successful and functional if it keeps European-minded liberals in power and includes feminists, and fails with the victory of Trump, Savisaar or neo-Nazis?
Would the political elite serve voters on the basis of election results and their mandate in our new preferred model or would they educate, discipline and patronise their voters, keeping them away from complicated challenges and opportunities to make “bad” decisions because citizens are not sufficiently mature and educated?
When discussing these questions, a contemporary open thinker who is well-versed in history often makes a beeline for Adolf Hitler’s democratic election victory and the subsequent reforms that destroyed democracy, asking “Do you honestly think that we should repeat this mistake in Hungary, Poland and many other countries?”. Ideally, a reasonable voter desires that the democratic system be defended from its own products. Still, according to the sociologist Barrington Moore, the only stable democratic societies are those that have had the opportunity to consolidate democracy on their own, while countries with imported or partially consolidated democracy will forever continue to oscillate between democratisation and authoritarianism. According to this theory, the only way to achieve stable democracy is to let local voters repeat their mistakes until they learn from them. External pressure, especially if it is not based on a clear legal basis (“Do EU institutions have the right to reprimand member states?”) or voter mandate (“Who has a clear mandate to decide on matters concerning Hungary: Orbán or Jean-Claude Juncker?”), only creates tension and prolongs the struggle to learn.
How to defend the democratic system against its own products in this case? A social agreement not to politicise certain significant positions would certainly be conducive to the cause. This would create a neutral intellectual counterbalance to the overly active radical political elite trying to introduce as many changes as possible during the election period and, once it is over, to plant its increasingly unpopular politicians in influential public service positions in order to suppress the emergence of new powers and their influence. After all, a pendulum does not reach equilibrium without oscillating between two sides.

Mart Nutt, IRL member of the Estonian Parliament (Riigikogu)
In truth, there have always been powers that strive for authoritarianism in democratic Europe. Even so, one must agree that the current wave constitutes a new level of threat in post-World War II society and it is worth analysing and worrying about.
Märt Trasberg highlights the authoritarian tendencies beautifully and compares different societies. The most important thing about the described model is perhaps that democracy’s limits originate from within and are not the product of an unlawful seizure of power. However, this serves as a backdrop for several questions: is the development of authoritarianism a general trend, as it was in the late 1920s, or a phenomenon that differs from country to country? And to what extent can we generalise the examples given?
The described countries have many differences. Populist parties in Poland and Hungary, just as in other EU countries, are propelled by the migration crisis and its consequences, while Russia, Venezuela and Turkey are not. One of the reasons for the rise of populist movements in Europe could be the inability of mainstream parties to address the crisis and the lack of alternatives; in Russia and Venezuela, however, the reason likely lies in corruption and kleptocracy. A democratic change of power is still possible in Poland and Hungary, but the same can no longer be said of Russia, Venezuela and Turkey. This is perhaps the most significant fact in assessing the level of democracy in these societies.
However, EU sanctions might have the opposite effect: they would not strengthen democracy in Poland and Hungary but, rather, solidify the EU’s reputation as putting pressure on selected governments. It is difficult to view the attempt, at the beginning of this century, to tell Austria what its government should be like as anything other than a faux pas.
Ahto Lobjakas, analyst

Märt Trasberg put the problems of democracy in Hungary and Poland in a particularly wide context. The topic is bounded by the European Union’s increasingly authoritarian neighbours, Russia and Turkey, on the one side and the crises weakening the EU on the other. The term “illiberal democracy” plays a fundamental role. Today’s authoritarian regimes do not see elections as a problem because autocrats have access to increasingly efficient manipulative methods to influence public opinion. A common denominator on the scale that extends from Russia to Poland these days is “illiberalism”: the replacement of individualist civic autonomy with local imitations. According to Trasberg, its methods include control of the media, subordination of the judiciary and fake civil society organisations created by the authorities. The scale that runs through Russia and Turkey by way of Georgia and Ukraine to Poland and beyond can also be adjusted to fit Estonia—which is on the relatively liberal edge of the scale—due to its post-Soviet problems with the independence of judges and presidents who are fond of the third sector.
Nonetheless, it would be a mistake to include European countries where democracy’s historical roots lie—the United Kingdom, the Nordic countries, France and the Netherlands. Democracy is these societies’ institutional expression and the problems of Poland, Hungary and other countries are not mechanically “contagious” to them. Poland’s and Hungary’s authoritarianism is limited by being under the jurisdiction of the European Court of Justice (and the European Court of Human Rights), making them pure “competitive autocracies” only if they break from it.
The only criticism of Trasberg’s piece is that he overlooks NATO as an axis of integration that embodies transatlantic values, the growing ambivalence of which is exploited by Polish leaders to legitimise their actions.
______
1 Steven Levitsky and Lucan A. Way, Competitive Authoritarianism: Hybrid Regimes after the Cold War, New York: Cambridge University Press, 2010.
2 Strongly concentrated autocratic power does not necessarily mean the absence of elections or issue of falsified results. Authoritarian regimes have other uses for election processes besides self-legitimisation in the eyes of the world. For instance, local elections allow them to collect reliable information about the support for autocratic leaders and parties and the efficacy of bureaucracy at the local level.