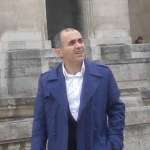 In line with an instruction from President Vladimir Putin, in December 2017 the Russian Prosecutor General’s Office, in conjunction with Rosobornadzor [Federal Service for Supervision in Education and Science—Ed.], presented a report on the voluntary study of national languages in Russian schools.

Since September 2017 an inspection had been conducted on “a verification of compliance in the constituent entities of the Russian Federation with provisions of the law relating to ensuring the rights of citizens to voluntarily study their native language from the languages of the peoples of the Russian Federation and the official languages of the republics that are part of the country”.1 Both the instruction and the new intentions of the federal government to strengthen the Russian language triggered tensions in Russia’s ethnic regions.

Since the collapse of the USSR, a language problem—the importance of strengthening Russian in the ethnic regions—has been circulating in expert, government and nationalist circles. The problem is complicated because of the country’s multilingualism and multiethnicity. Understanding the complex nature of the problem led Putin to demonstrate more cautious national and language policies. Moreover, the main aims of Putin’s first term as president were to achieve unity among Russia’s nationalities around the narratives of Russia and citizenship to avoid or prevent a schism (“rasskol”) in society and the recentralisation of governance in Russia. In his presidential programme in 1999, Putin referred to citizens using the term “people of Russia” (“rossiyskiy narod” or “rossiyan”) rather than “nation” (“natsiya” or “russkie”). According to him, “the acceptance by our people of supranational, universal human values towers above social, group and ethnic interests”.2

According to the 2010 Russian census, about 150 languages were registered as mother tongues of nationalities in Russia.3 In the light of this, the Kremlin postponed consideration of this issue until July 2017. President Putin raised the question in a session of the Council on Interethnic Relations on 20 July. He stated that the study of national languages ​​was a right guaranteed by the constitution, but emphasised that the right was voluntary: “Forcing a person to learn a language that is not his native tongue is just as unacceptable as reducing the level of and time spent teaching Russian. I would like to draw this to the special attention of the heads of regions of the Russian Federation”.4 According to some experts on Russia, this issue is important in terms of Russia’s national security and the Kremlin intends to prevent ethnic separatism and centrifugal actions in the face of economic and social difficulties, and these outweigh the possibility of side effects.5 Even Valery Tishkov, director of the Institute of Ethnography and Anthropology at the Russian Academy of Sciences, supported Russian-language teaching in ethnic regions and described the extinction of national minorities’ languages as a “natural process”. According to Tishkov, the transition to Russian would not lead to the extinction of ethnic groups’ national identity. As an example, he pointed to the children of [Aleksandr] Solzhenitsyn, who grew up in the United States and did not know Russian as a language but remained Russian.6 Tishkov’s arguments were criticised by representatives of national regions, according to one of whom they were a “very strange attempt” to connect the realities of migrants who found themselves in another continent with the language problem of peoples who lived in their historical settlement.7 It is worth noting that Tishkov was a Russian minister of nationalities in the 1990s and continually criticised the brutality of Moscow’s treatment of Chechnya, and he was also a major proponent of the idea of inculcating a civic, or “post-nationalist”, idea of being a Russian—a rossiyanin rather than a russkiy citizen. Both Boris Yeltsin and Vladimir Putin used his ideas in their public addresses.8

It must be emphasised that historically the language question and Russification strategies towards the national regions provided impetus to rising national consciousness and movements in the Russian Empire and the Soviet Union.9 Signs of the side effects of the Kremlin’s recent decision have already been felt.10

The issue of compulsory bilingualism arose most sharply in Tatarstan, where authorities’ attempts to explore Tatar- and Russian-language studies increased tensions. The local elites opposed the Kremlin’s decision and there were even some public protests.11,12 The Coordination Council of Peoples of the Volga and the Urals Region was established in Kazan, with the main goal of restoring the rights of national education systems. Representatives of Mari and Chuvash national organisations also attended the event. Intellectual representatives and public leaders of several nationalities also denounced the Kremlin’s intentions.13 In October, representatives of the Tatar intelligentsia addressed an open letter to the president of Tatarstan and demanded that the national language be defended, warning that otherwise they would not support their candidates when “interested” people stood for the oil companies Tatneft or TAIF or for official positions: “And this will certainly happen if Tatarstan’s civil society and leadership do not show determination to remain within the legal framework of their positions to the end”.14 Fatuziya Bayramova, a founder of the national independence party Ittifak, declared the need to abolish Vladimir Putin’s instruction on the voluntary study of national languages and also called for people not to vote for him in the [2018] presidential elections.15 Moreover, Rustam Minnikhanov, President of Tatarstan, opposed “terrorising school principals” by the supervisory bodies and said that the situation could have a bad effect “in relation to our president” on the eve of the elections, which “should be organised by the schools”. The president expressed the hope that the republic would find “common points of solution” with Russia’s federal centre.16 Despite this, Tatarstan’s Prosecutor-General, Ildus Nafikov, announced the completion of the inspection of almost 1,500 schools and the transition to a new system of teaching the Tatar language entailing two hours a week of elective, not compulsory, study.17

In Bashkortostan, the head of the republic, Rustem Khamitov, supported the Kremlin decision, but local society protested against it and demonstrations were held.18 According to the local media, the rally for the defence of the Bashkir language was the largest protest in recent years.19

It has been officially confirmed that more than half the languages of the ethnic groups of Dagestan are on the verge of extinction.20 The reduction in the hours of native-language teaching in schools has alarmed public opinion in the republic, and there are calls in the media against the Kremlin’s language policy in Dagestan.21, 22

Despite the strong disagreement in the national regions, it seems the Kremlin is holding firm. The presidential press secretary, Dmitry Peskov, confirmed that the federal centre does not intend to change its position on the voluntary study of national languages and there would be no exceptions for “anyone”.23 Moreover, a parallel problem has recently arisen in the regions: the redistribution of income from regional budgets in favour of the centre. This has also caused minor riots in the regions. The governors and heads of republics are explicitly demanding the centre grants political and economic rights. They no longer seek financial support, as in their heyday, but demand independence and refer to the opinion of the local people; the regions have remembered that Russia is a federal state.24

Despite growing support for nationalist ideas in society in recent years, Putin has—at least publicly—maintained a relatively pluralistic attitude. But the escalating confrontation with the West and increasing economic hardships and social dissatisfaction might lead Putin’s next presidency to enhance control with the aim of preventing potential separatism in ethnic regions. In this case, language will be the main target. Signs of this attitude have already been seen. Recently, even the Patriarch of the Russian Orthodox Church, Kirill—who is also the head of the Russian Literature and Language Society—has called for the quality of Russian-language teaching in the North Caucasus to be improved.25

The Kremlin probably intends to prevent any strengthening of national movements and decentralisation processes in the regions using “sticks”, because it does not currently have enough “carrots” to satisfy the regions. And the realisation of the common language strategy together with plans for personnel changes (creating “new varyags”) will probably be the main pillars of Moscow’s policy towards national regions in the years to come. One way or another, the language crisis might be only a symptom of the end of Russian federalism, or the start of a new movement towards a new show of sovereignty in Russia. Either way, this risky ploy by Moscow would be compared with the occupation of Crimea and the results might be serious both for the national regions and for Russia as a whole.