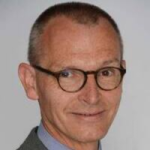 With the aggressive attack on Ukraine on 24 February 2022, the course of European history has changed. War in Europe is back. War waged by a great power against its neighbour has returned to European soil. The European security architecture—established after the end of the Cold War and built as a pan-European code of conduct—has been disrupted by Putin’s unjustified and aggressive invasion. The principles of democracy, human rights, rule of law, market economy, good neighbourly relations, and territorial integrity have been brought into question. And the European Union’s response to this challenge is the European Political Community.

The new project was formally announced by French President Emmanuel Macron at the “Conference on the Future of Europe” in Strasbourg on the Day of Europe. In June, the European Council endorsed the idea to “offer a platform for political coordination” that would “foster dialogue.” And in October, the Prague European Summit gave it further momentum: 44 heads of state and government of member states participated, including the presidents of the European Council and the European Commission, with Russia and Belarus deliberately disinvited.

Aside from its great ambition, how does it fit into the context of Russia’s war against Ukraine and the larger strategic power competition? How does it relate to the EU Enlargement and Neighbourhood policy? And finally, what is the added value of the European Political Community?

From Confederation to Community to Candidacy

By alluding to the European Confederation, a 1989 project by his predecessor François Mitterrand, Emmanuel Macron suggested the European Political Community (EPC) be put into a larger historical context. “How can we organize Europe from a political perspective and with a broader scope than that of the European Union?” he wondered. Although Francois Mitterrand’s grand idea did not materialize, it encouraged a vigorous debate on the future of integration in Europe. Enrico Letta, former prime minister of Italy and now president of the Jacques Delors Institut, proposed a European confederation to be integrated into the European Union. He argued that the EU needed to build a more comprehensive network together with its neighbours—and the candidate countries in particular—and thus forge a common European identity. The European Confederation is not meant to replace the accession process but rather give it a new function, a much-needed alternative to the rigid binary system of the EU members versus non-members. Linking the two in this manner was, indeed, appropriate, with the Association Trio (Georgia, Moldova, Ukraine) dilemma back on the table and amid the renewed discussions about the EU’s ability to handle the process.

The Prague European Summit and the Birth of the EPC

On 6 October, Prague gathered 44 heads of state and government gathered, among them were all 27 EU members, all EFTA countries, and all Western Balkan countries, as well as Ukraine, Moldova, Georgia, Armenia, Azerbaijan, Türkiye, and the United Kingdom; Russia and Belarus were deliberately not invited. With the UK present at the table, the European Political Community would no longer be interpreted as an alternative to the EU enlargement policy but rather seen as a wider format for the European nations to address the matters of their strategic concern.

The Summit itself fixated on the energy crisis but, unfortunately, failed to deliver any concrete results. It did, however, agree on a two-month-long EU-led monitoring mission to the Armenia–Azerbaijan border. Although the Prague Summit ended without a joint communiqué, it concluded with a decision to hold at least three more EPC summits in the next one and a half years. Thus, the EPC—on the level of heads of state and government—will gather twice a year, with one summit taking place in an EU member country and the other one in a non-EU member country. Moldova will be the first to host such a summit in spring 2023, followed by Spain and the UK. The main topic on the agenda as of now is guaranteeing security at the ‘key facilities’ of European energy security and connectivity, such as pipelines, undersea cables, and satellites, which puts discussion in a broader strategic context—securing critical infrastructure regionally, or potentially even globally.

Added Value: Why A Yet Another Platform?

With summitry to extend into 2023, a question arises: what is the added value of the European Political Community? Will it replace or supplement the Council of Europe, the OSCE, and the EFTA? The purpose of the Prague Summit appeared to be quite clear: to demonstrate to Moscow that all European countries were united in solidarity and resolute to defend the European values enshrined in the Helsinki Final Act (1975) and the Charter of Paris (1990). Beyond the show of unity, however, the results have so far been meagre. Aside from energy security, the EPC has not addressed any prominent—or even relevant—issues. In other words, the event itself was the message.

Hardly is it enough to reinvigorate François Mitterrand’s Great European Design. It was clearly articulated that the EPC was not meant to replace the EU enlargement policy or the European neighbourhood policy. It thus could only serve as a big European waiting room for those who wish to become EU members someday like the Association Trio countries and those who might have come to a standstill in their accession process like Türkiye, as well as a larger tent to accommodate those who have either just exited the EU or never planned to join.

Hence, the next logical question is: does the EPC even bring any added value? If it does, what would that be? And what incentives does it offer to the participants? Amidst the strategic power competition, this platform allows the European Union to solidify an alliance with like-minded nations and cultivate a European identity beyond EU membership. Success will, however, depend heavily on whether and how the EPC manages to establish relevance, as well as to factor itself into the EU enlargement policy. Much will depend on the evolution of the European Union and the progress it achieves in engaging with the associate and candidate countries, which might imply restructuring and reorganizing the accession processes with the EPC as a tool in the European toolbox.

The EPC adds another circle to the already existing variable geometry of the European integration. It is of utmost importance to fill it with new content. The EPC must—in prospect and in principle—keep the door open for democratic and non-authoritarian Russia and Belarus. This is the least that the European Union owes to Alexey Navalny’s supporters and the brave freedom fighters in Belarus, who dared to challenge Lukashenka’s oppressive regime. They deserve more than the Sakharov Prize for Freedom of Thought from the European Parliament for their sacrifices.

The EPC still has to prove that it can keep—and deliver on—the promise of the Wider Europe that does not exclude but integrates. It might be too early to announce a verdict on the EPC, but the outcomes of the Prague Summit have not been very reassuring so far. The next Summit of the European Political Community will take place in the spring of 2023 in Chisinau, let us hope it will live up to its ambition and turn political dialogue into political action.