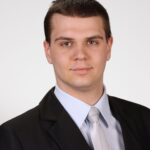 Due to its proximity to the Baltic states, its relevance to China and its recent publication of a strategy document on that country, Sweden’s policy towards Beijing should be of great interest to the Baltic countries.

While Sweden’s strategy largely mirrors the EU’s pre-existing approaches of 2016 and 2019, the document identifies Stockholm’s national security concerns as the principal determinants that “must guide every aspect of Sweden’s relations with China” by concentrating on nine policy areas. This piece looks at the three principal ones: trade, human rights and technology.

Sweden’s action plan is heavily focused on trade issues, given that China is currently Sweden’s largest trading partner in Asia and eighth-largest in the world for trade in goods, with 8.42 billion euros of imports from China (17.4% of its total from non-EU countries) and 6.76 billion euros of exports to China (9.9% of the total to non-EU countries) (2019 data). Similarly, Chinese-owned companies also play a prominent role in key areas of the Swedish economy, with Zhejiang Geely’s 2010 acquisition of Volvo Cars the most renowned example to date. Other Chinese business ventures have raised significant security concerns in Sweden—such as the 2017 plan to construct Scandinavia’s largest port at Lysekil (a project since abandoned due to environmental and security concerns); the erection of a Chinese-built-and-operated, but Swedish-owned satellite station in Kiruna; the takeover of the presently inactive Fårösund strategic submarine base; the purchase of the Swedish munitions maker Chematur; and the acquisition of three semiconductor companies (Imego, Norstel and Silex). Given the diverse nature of such strategic deals, it is surprising to note that Sweden currently has no all-encompassing investment screening mechanism, relying instead on the Protective Security Act of 2018, which only scrutinises businesses that hold information important for Sweden’s national security. On the other hand, as a result of these investments, it is hardly startling that the Säkerhetspolisen (Swedish Security Service) not only asserted that Sweden is in China’s sphere of interest but also labelled the country as a target for Chinese intelligence activities.

Although Sweden’s China strategy pledges to “raise the issue of the serious human rights situation in China in a clear and consistent manner”, the resolution of human rights violations concerning Uighurs, Tibetans, Hongkongers and even Swedish nationals remains somewhat fragmentary, mainly due to the difficulty in reaching a consensus among EU member states Despite this, not only does Sweden seek to challenge China both publicly and privately over human rights, but it is also adamant in bringing particular human rights issues to the top of the EU agenda, such as the possibility of sanctioning China over Hong Kong.

The strategy equally states that “there are risks and challenges associated with China in the area of innovation”, of which the potential risks caused by Huawei’s involvement as a supplier in the Swedish national 5G network are currently the most palpable. As a countermeasure, Sweden was one of the first EU member states to adopt legislation for the screening of 5G suppliers and to compel all vendors to take part in an enhanced security review in order to prevent the emergence of any kind of Chinese malfeasance.

The 22-page strategy describes the countries’ current relationship in relatively diplomatic terms. Although the document can be criticised in some respects (e.g. providing insufficient detail or lacking specific action points for how to manage relations), it represents an important milestone in understanding Sino-Swedish relations.