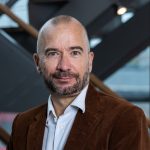 After Russia’s invasion of Ukraine, Central Asian leaders will be looking nervously over their shoulders. They may well re-orient their military cooperation towards China instead.

When the Kazakh authorities decided to cancel their 2022 Victory Day parade, they dealt a blow to the Russian understanding of ‘self’ and the heavy militarism which constitutes a central part of it. While the decision was officially taken for financial reasons, everyone understood that it was, in fact, a response to Russia’s invasion of Ukraine. Russians saw it this way too. Most famously, TV host Tigran Keosayan warned the Kazakhs that they would now have to face the consequences. “Look carefully at what is happening in Ukraine”, said Keosayan, “if you think you can get away with trying to be so cunning, and imagine that nothing will happen to you, you are mistaken. The world has changed, everything has changed”.

The world has indeed changed. Russia has exposed to all its full-blown neo-imperialist character. When analysts dismissed the idea that Russia would launch a full-scale invasion of Ukraine, they often pointed to the rift that such an invasion was expected to cause between Russia and its formal allies among the former Soviet republics.

Critics insist that we should move beyond the notion of ‘former Soviet republics’ and see these states for what they are today and where they are going, rather than for where they have been. In this, they are of course right. However, in invading Ukraine. Russia has made it painfully clear that it still sees the sovereignty of these states as something to be violated at will. Put differently, these states are seen less as states and more as former colonies. But this also suggests that their response to Russian neo-imperialism is likely to be explicitly framed in terms of a post-colonial struggle.

This is especially so in Central Asia, where the five states still struggle to reduce their dependence on Russia. Their relations with Russia continue to be characterised by high degrees of inequality, particularly for those who depend on access to the Russian labour market and remittances to sustain their economies. Russia can easily manipulate this access, giving it a convenient tool to reward or punish those states which support or oppose its line on any given issue.

There is also a military dependence. This was seen most recently in Kazakhstan in January 2022, when Russian-led troops operating under the flag of the Collective Security Treaty Organization (CSTO) intervened briefly at the request of President Kassym-Jomart Tokayev, then under pressure from widespread political unrest. Russian troops were sent in to restore his authoritarian order and to prevent political instability from spreading further across the region and possibly beyond.

Military dependence is also seen clearly in Tajikistan, where Russia’s 201st military base hosts as many as 7 000 troops. This facility, left over from the Soviet era when military planners imposed themselves on every corner of the empire deemed strategically valuable, has played an important role for Russia for three decades – from the Tajik civil war to the return of the Taliban to Kabul in 2021. It is Russia’s most distant military outpost – originally designed to protect the empire from both internal and external threats and later kept, largely because it could be, to support the interests of the Russian state.

Kazakhstan, Tajikistan and Kyrgyzstan are all members of the CSTO. Uzbekistan was a founding member, but left as part of a re-orientation away from Russia. The Uzbek authorities reaffirmed their decision in 2021, noting that “today we see no need for Uzbekistan to rejoin the CSTO on the belief that there will be some offensive by regiments, armies or divisions (..). However, threats and challenges from some terrorist organisations that continue operating on the territory of Afghanistan cannot be ruled out”.

All four states, though, are members of the Shanghai Cooperation Organisation. So is Russia, but it plays a secondary role only as China is the heavyweight partner. China’s heavy gravitational pull has recently drawn all the Central Asian states, including neutral Turkmenistan, closer. This is true also in the military sphere, where China is leading the kind of cooperation referred to by the Uzbeks: more focused, and designed to fight smaller, possibly irregular, formations. Considering the war in Ukraine, this may be even more attractive than before – if “some offensive by regiments, armies or divisions” were to be launched against the Central Asian states, it would very likely be by Russian troops.

Future military cooperation in Central Asia is likely to be shaped by conflicting factors. On the one hand, the Central Asian leaders may want insurance against political unrest threatening to remove them from power. Similarly, they may be concerned about the long-term consequences of the return to power of the Taliban – any ideological spillover from Afghanistan into the region would challenge the largely secular Central Asian regimes, especially Tajikistan. Faced with this uncertainty, leaders may be tempted to preserve military ties with Russia, in particular within the CSTO, because the costs of cutting them would simply be prohibitively high.

On the other hand, the undisguised neo-imperialist nature of the Russian invasion of Ukraine will continue to reverberate through the region for a long time, causing nervousness as regional leaders wonder who might be next. This nervousness is only likely to grow as Russian president Vladimir Putin models a radicalised version of his regime to deal with the aftermath of his military defeat in Ukraine. This will cause Central Asian leaders to re-think their alliance commitments with Russia. In this situation, the only realistic alternative is China. Military cooperation in Central Asia may thus very well see a re-orientation towards China – all because of Russia’s invasion of Ukraine.