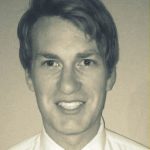 There may be individual factors that inspire greater optimism regarding the effectiveness of sanctions against Russia.