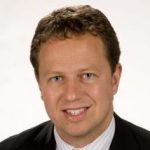 The West should agree the definition of non-recognition policy.

The EU sanctions in place against the Russian Federation will end in July 2016, and the member states must decide by June 2016 at the latest whether to continue them. At the same time, more and more political actors in the EU have been voicing their doubts over whether continuing the sanctions serves any purpose. The French minister of economy and the prime minister of Slovakia have supported lifting the sanctions.1,2 The Italian foreign minister stressed during his visit to Moscow that the sanctions should not be continued “automatically”.3 Horst Seehofer, the head of CSU, the Bavarian conservative party, recently visited Moscow and called for the sanctions to be eased.4
It is worth noting, for the sake of clarity, that lifting anti-Russia sanctions has not yet become part of the official foreign policy of any EU member state. Nobody wants to commit themselves to such a change in direction before the time is right, but the issue can be used as an object for further bargaining within the EU—for example in arguments over whether a country should “support” Russia-sceptic states with sanctions (in itself a somewhat peculiar perspective) while Eastern European member states offer little or no support to Italy, Germany and others in distributing refugees across the EU.
The leading partner in the German governing coalition, the CDU, is under fire from several directions when it comes to sanctions. On the left, its coalition partner is the SPD, which has traditionally been more understanding towards Russia’s idiosyncrasies.5 Outside the coalition, Chancellor Angela Merkel’s principled Russian policy has been criticised by the right-wing party Alternative für Deutschland (AfD), which has steadily gained popularity, and whose ideologists’ (Alexander Gauland and others) position is (quoting Bismarck) that a conflict with Russia is not in Germany’s strategic interests. AfD believes that Germany should strive for a golden mean between the US and Russia, trying to get on with both and avoiding the individual influence of the US.
Another aspect of the EU sanctions is connected with the situation in eastern Ukraine and the stealthy differentiation of the Crimean issue in the rhetoric of EU member states. Some politicians in the West are willing not only to lift the sanctions against Russia but also to recognise the Crimea as part of Russia. For example, the mayor of Nice made a statement during his visit to Yalta (twinned with Nice) in which he essentially recognised the Crimea as a legitimate part of the Russian Federation, referring to the people’s right of self-determination, which he said had been expressed in the 2014 referendum in the Crimea.6 Even Russia-sceptic politicians have admitted that the prospect of Russia returning the Crimea to Ukraine is not very likely. For example, Alexander Stubb, the Finnish finance minister, has recently stated that the issue of the Crimea is now “a lost cause”.7
Such fluctuations in the consensus among EU member states on the issue of sanctions should be to the liking of Moscow. The Russian prime minister, Dmitri Medvedev, recently said that Russia would not come begging for the sanctions to be lifted, but the West should realise its mistake and “come to us”.8 These are clearly not the words of a loser but of someone who believes they have won in some way. At the same time, rhetoric might not express true feelings and it is a fact that the sanctions have already managed to constrain Russia.

When the topic of continuing the sanctions comes up for discussion in June 2016, one of the key issues will be compliance with the Minsk Agreements signed in February 2015. So far, these have achieved the bare minimum only. The military conflict in eastern Ukraine is simmering under the ashes rather than burning with open flames but, at the same time, we cannot speak of a sustainable solution. The media regularly report about dead and wounded Ukrainian soldiers, and Ukraine has not been allowed to resume control over the territories of the “People’s Republics” of Donetsk and Lugansk, where de facto regimes have been formally established, while Ukraine claims that these territories essentially remain occupied by Russia. In its official statements, Moscow now argues that it (no longer) has any direct influence over the Donetsk and Lugansk “People’s Republics”, and that a peaceful solution to the conflict is first and foremost up to Kyiv and the separatists in eastern Ukraine.
Moscow and the eastern Ukraine separatists are thus portraying the Ukrainian government as the main culprit in the failure of the Minsk Agreements, as they claim that the government is unable to offer the separatists satisfactory constitutional guarantees for their autonomy, which is why “the separatists” (as if they were the deciders) do not want to let Ukraine resume control over its borders. In reality, the leader of the Donetsk “People’s Republic” has repeatedly confirmed that there is no point in talking about it joining the territory controlled by Kyiv;9 so the Russia-supported separatists will not take the Minsk Agreements seriously and constitutional guarantees alone will not return the area to Ukrainian control.
It appears that Moscow has succeeded in creating a Transnistria-type arrangement with the Donetsk and Lugansk “People’s Republics”—i.e. formally “independent” de facto regimes separated from a neighbouring state using military force, which Moscow does not officially recognise as states but which lead a pseudo-state existence. These bodies exist solely thanks to Moscow’s goodwill and Russia guarantees their military security. Transnistria—the corresponding “model solution” of Russia’s geopolitics—has existed on this basis since the early 1990s. Realistically, therefore, people should be prepared for the Donetsk and Lugansk “People’s Republics” to last for decades. Moscow’s official statements deny responsibility for events in Transnistria, despite the fact that the European Court of Human Rights considers Moscow the ultimate responsible party for human rights violations there.10
It appears that the expected ritual discussion in June on the performance of the Minsk Agreements is, first and foremost, a chance to look past the fact that the victim of the aggression in this case is Ukraine. In reality, it is not possible to conceal what has happened since 2014: Ukraine, a member of the UN, has had parts of its territory de facto amputated in two areas—east and south.
In the case of the Crimea, a high-level delegation from the Council of Europe has already visited the peninsula and come to the conclusion that the European Convention on Human Rights is still in effect in the territory, which some have (incorrectly) interpreted as sneaking recognition by the EU of the Crimea as a part of the Russian Federation.11

3. How International Law Regulates these Issues

If EU member states decide in June 2016 to continue the sanctions, they first need to decide on the ideology for them. Is the aim of the sanctions to punish Moscow for violating international law? If Moscow does not consider what happened in 2014 a violation and is willing for the situation to continue for 25, 50 or 100 years, should the West’s sanctions last this long? Is the aim of the EU sanctions (as a minimum) the prevention of further bloodshed in Ukraine, or (as the maximum) the restoration of the previous situation, meaning that the sanctions could not be lifted until the Crimea and the “People’s Republics” are returned under Kyiv’s control? The pragmatic political voices within the EU mentioned earlier show that the return of the Crimea to Ukraine is already seen as an unrealistic scenario in many parts of Europe, which raises the question—is it worth it for the West to bang its head against a brick wall with these sanctions?
Here we should make a small digression into the principles and history of international law. The first time the international community tried to use collective sanctions was in the days of the League of Nations, when Mussolini occupied and annexed Abyssinia (Ethiopia). However, Italian control over Abyssinia soon seemed so “finite” and British and French economic interests were harmed to such a degree that the League of Nations abandoned sanctions against Italy on the eve of World War II. This decision caused a number of Western European politicians to look down in shame as the war came to an end and the independence of Abyssinia was restored.
At the end of World War II, the position of main building block of international security was assumed by the UN, and sanctions began to be imposed by the UN Security Council on states that disrupted international peace and security. True, the US and the USSR did not see eye to eye on such matters, and as a result sanctions placed by the Security Council in the name of the international community were more an exception than the rule in world politics. The UN legal framework is still with us in the sense that, for example, Sergey Lavrov, Russia’s foreign minister, has repeatedly stated that the West’s sanctions against Russia violate international law by their nature—they have not been decided on by the UN Security Council, which, according to Moscow’s idiosyncratic interpretation, is the only institution that can impose international sanctions in the first place.12 Russia itself is, however, a permanent member of the Security Council and nobody would be so naïve as to assume that Moscow would agree to impose sanctions on itself. Moscow’s legal-political position is thus that Russia cannot by definition commit aggression or deserve sanctions for it. Other states have found it difficult to agree with this selective and quite self-centred legal approach.
At the same time, it is worth mentioning that, in terms of international law, the EU member states do not have a legal obligation to impose sanctions on Russia—a state that committed aggression against Ukraine—or to maintain them. In this sense, EU member states would not be directly breaking international law with respect to Ukraine by lifting or easing sanctions against Russia. However, in these matters the political dimension—including how things look—is just as important as the legal. Russia punished Ukraine in 2014 mostly because of its desire for Western integration, thereby violating not only the 2003 border treaty between Russia and Ukraine but also the Budapest Memorandum of 1994, in which the Western states guaranteed Ukraine’s territorial integrity while pressuring the state into giving up its Soviet nuclear weapons. If EU member states are now unable to respond to this behaviour adequately and in a unified manner, then how attractive would this make the EU as a global power?
In terms of international law, EU member states, like other members of the international community, have the duty not to recognise the violent territorial changes in Ukraine.13 In 2001, the UN General Assembly adopted the Draft Articles on the Responsibility of States for Internationally Wrongful Acts, prepared by the UN International Law Commission. This document is not an international treaty in the strict sense but, in experts’ opinion, the Articles reflect the state of international customary law from the aspect of state responsibility, i.e. the principles are binding on states. Chapter III of this document deals with breaches of obligations under peremptory norms (jus cogens) in general international law. One of the first norms of jus cogens is the prohibition on using military force against another state (prohibition on aggression). Article 41 (2) of the Articles on the Responsibility of States says that no state shall recognise as lawful a situation created by a serious breach of a jus cogens norm, nor render aid or assistance in maintaining that situation.14 In terms of international law, this is the main obligation that members of the international community today owe to Ukraine as a peer towards whom a neighbouring state committed an act of violence.
It is thus important to differentiate between sanctions and a policy of non-recognition; even if the EU one day lifts sanctions as a political measure, the international legal obligation of not recognising the situation created by a breach of peremptory norms of international law will remain.