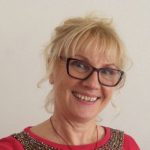 The Western Balkans are struggling with corruption, a lack of democracy, poor economic indicators and mutual quarrels as potential membership

The Western Balkans are struggling with corruption, a lack of democracy, poor economic indicators and mutual quarrels as potential membership of the EU slips further from their grasp and they become pawns in great-power politics.

Analysts who keep a close eye on the security situation in the Western Balkans consider the attempted coup in Montenegro, which took place just over two years ago, a warning. According to them, it shows the measures Russia and its allies are willing to take to prevent the Balkan states from integrating into the West.

A group of pro-Russian Serbian nationalists attempted to seize power before elections in the autumn of 2016. According to Montenegrin authorities, the group also featured Russian nationals, including two men who were suspected of espionage. The group’s aim was to take over the parliament, assassinate president Milo Đukanović and transfer power to a pro-Kremlin leadership. The attempt failed and the authorities arrested several dozen people suspected of involvement.

Some moments in the chain of events remain unclear. In May 2019, a court in Podgorica sentenced 14 men to lengthy jail terms; the two men thought to be Russian agents were convicted in absentia. According to the court, they participated in a criminal organisation that conspired to overthrow the Montenegrin government and prevent the country from joining NATO.

Milo Đukanović has been in power in Montenegro, alternately as prime minister and president, for almost 30 years. His party also won the 2016 elections. In 2018, Đukanović was once again elected president and in the same year the country joined NATO. Đukanović is very pro-West and has argued strongly for the country’s membership of the EU, but he is also considered to be highly corrupt.

Both the Montenegrin opposition and Russia regarded the allegations as absurd and called the court proceedings political theatre and a witch-hunt. An opposition claim that Đukanović would not have won the 2016 elections without the attempted coup attracted a lot of attention.

Regardless of whether or not the coup threat was real, many analysts consider it a sign of change in the security situation. “We now have a court judgment made in a NATO member state, according to which the attempted coup was organised by Serbians and Russians authorised by a foreign country,” says Jasmin Mujanović, an expert on the Western Balkans. “This is a clear sign of the weakening of the security situation in Montenegro and the whole region.”

The British foreign secretary, Jeremy Hunt, also described the attempted coup as another example of Russia trying to undermine democracy in Europe.

Soon after the court judgment was announced, president Milo Đukanović demanded that the EU quickly accept the Western Balkan states as members—both to serve its interests and to curb the growing influence of Russia and China in the region. Đukanović claimed the gap would be filled by others if the EU did not take the countries applying for membership seriously.

For instance, China is offering the Western Balkans credit for heavy industry and large infrastructure projects, including for the construction of a highway connecting Montenegro and Serbia. “Why don’t the European financial institutions offer the same conditions?” asked Đukanović in an interview with Reuters this spring.1

To Russia, the Western Balkans are, above all, a political playground. The Balkan states are geographically remote and Russia’s opposition to them integrating into the West is based on values, not because their membership of NATO would be a serious security threat to Russia.

In addition to the attempted coup in Montenegro, Russia tried to prevent Macedonia and Greece from reaching an agreement in their naming dispute. In the summer of 2018, Greece expelled two Russian diplomats who were accused of bribing Greek officials. Russia wanted the naming dispute to remain unresolved, because the country officially named North Macedonia can join NATO and the EU. North Macedonia and NATO signed an accession protocol in February 2019, immediately after agreement over the country’s name was reached.

Russian-trained mercenaries also support the Bosnian Serb Republic’s (Republika Srpska) struggle for independence. Stories about this were published in Žurnal, an online journal based in Sarajevo, in January 2018. Russia established a “humanitarian aid” centre in southern Serbia, where it trains paramilitary units.

Lifeline of the Bosnian Economy

Despite its small size, Bosnia–Herzegovina (population 3.5 million) is a veritable boxing ring, because countries such as Turkey and Saudi Arabia are also investing there with the hope of gaining political power in return. For instance, the construction of Bosnia’s largest shopping centre, in Sarajevo, was funded by the Saudis. Bakir Izetbegović, who represents Bosnian Muslims in the presidency, is a strong ally of Turkish president Recep Tayyip Erdoğan.

“God has sent our nations leaders who will return them to the bosom of their religion. We had Alija Izetbegović [Bakir’s father—Ed.], while God sent Turkey Recep Tayyip Erdoğan,” said Bakir Izetbegović in Sarajevo last May. Alija Izetbegović was an Islamic activist who led Bosnia during war and served in the Bosnia–Herzegovina presidency from 1996 to 2000.

The Western Balkans are poor and their democratic structures fragile, and according to the Corruption Perceptions Index they are the most corrupt countries in Europe. Corruption combined with organised crime and a weak legal system is the main obstacle to their accession to the EU. Corruption is also the reason it is easy for countries like Russia and China to gain a foothold in the region. As Milorad Dodik bluntly puts it: the EU is always making demands and setting conditions, while Russia and China do not ask for anything.

A 16-year toehold in the EU

The Western Balkans have had a toehold in the EU for almost 16 years. There are six candidates; Montenegro has been waiting for 11 years to accede. Montenegro and Serbia are in official accession talks and are the closest to fulfilling their goal, which could happen as soon as 2025.

However, Albania and North Macedonia—the latter having finally reached agreement with Greece over its name—are still candidates, with whom the European Commission has promised to start accession talks several times but has ultimately postponed them due to opposition from member states such as the Netherlands and France. Bosnia–Herzegovina and Kosovo, however, are still potential candidates.

The last time the EU expanded to the Western Balkans was in 2013, when Croatia joined. The previous round brought Bulgaria and Romania into the Union in 2007, but the European Commission continues to monitor the development of their legal system and the eradication of corruption. Of countries in the former Yugoslavia, only Slovenia made it to the EU during the eastward enlargement of May 2004.

“Without NATO, the Region Would be in a Very Sorry State”

The EU has been experiencing enlargement fatigue for some time, and the strategy for the Western Balkans published in February 2018 has not been implemented. The EU’s wish to expand was thwarted, for instance, by the confusion of Brexit, the undemocratic nature of governments in Hungary and Poland, the crumbling of the Romanian legal system and strong disagreement over the common immigration policy.

Nevertheless, EU leaders try to maintain the candidates’ prospects of accession. For instance, in May 2019, the Commissioner for European Neighbourhood and Enlargement Negotiations, Johannes Hahn, gave the green light to accession talks with Albania and North Macedonia and the same is recommended by the European Commission. The German Minister of State for Europe, Michael Roth, recently noted that the EU should be able to offer the Western Balkans the prospect of membership. At a summit in June, the leaders of EU member states endorsed the initiation of accession talks with Albania and North Macedonia. However, some member states are not very keen for the EU to expand.

There is a big discrepancy between the words and actions of EU leaders, and this has reduced support for EU membership in the Balkans. The talks have dragged on and the European Commission has not significantly increased the economic aid or resources directed to the Balkans. The Balkan Barometer 2018 is a tough read. For instance, in Serbia, support for the EU has dropped to 29% and it is also below 50% in Bosnia–Herzegovina. Support is highest in Kosovo (84%) and Albania (83%).

“The lack of any sustained, long-term policy toward the Western Balkans will play into the hands of Russia and China,” says Judy Dempsey, a senior fellow at Carnegie Europe. “Thankfully, these countries can still count on NATO to extend security and stability. … Without the alliance, the region would be in a very sorry state and even more vulnerable to Russian interference.”2

Russia has also stepped up information operations in the Western Balkans. For instance, a Russian radio station in Serbia, Sputnik Srbija, promotes a positive image of Russia and provides a platform for forces critical of the EU. This has produced results, as Vladimir Putin is by far the most trusted foreign head of state in Serbia, according to a survey conducted by the newspaper Politika in 2018.

The relationship between Russia and Serbia has traditionally been good. Russia supported Serbia in the dispute over Kosovo’s independence, which is the greatest obstacle to Serbian membership of the EU. Kosovo declared independence in 2008, but Russia and some EU member states such as Romania, Slovakia, Spain, Greece and Cyprus still refuse to acknowledge it.

The EU has sought a solution to the Kosovo dispute for years, but to date it has not produced any significant results. The previous talks failed due to a dispute over Kosovo’s borders, but the parties have promised to return to the negotiating table in July 2019. The presidents of Serbia (Aleksandar Vučić) and Kosovo (Hashim Thaçi) have being trying to find a solution since the winter of 2018, proposing changes to the countries’ borders so that Serbia would get the Serbian regions in northern Kosovo and Kosovo would have Preševo, a municipality in Serbia inhabited by Albanians. This is strongly opposed by the Kosovar prime minister, Ramush Haradinaj, and the German chancellor, Angela Merkel. Russia and the US are likely to approve the border changes.

Together with the delay over the Kosovo question, unrest has grown at least in the areas inhabited by Balkan Albanians. Albanian prime minister Edi Rama has even proposed a union of Kosovo and Albania, which could become a reality in 2025—the same year as Serbia’s prospective EU membership. There are also Albanian minorities living in North Macedonia and Montenegro. Rama has avoided talking about a Greater Albania, but in practice his proposals would mean exactly that.

The situation in the Western Balkans has been uneasy throughout the first half of 2019. There have been anti-government and, in particular, anti-corruption protests in Serbia, Albania and Montenegro, which have included violence. For instance, in Serbia, protesters invaded a television centre. In Albania, prime minister Rama has been accused of corruption and having connections to organised crime and drug trafficking.

Conflicts also erupted in northern Kosovo in late May 2019, when local police were conducting a large-scale operation to detain individuals involved in organised crime. Serbia interpreted this as an attack on an ethnic minority and sent its own military units to the border.

“I don’t want this to sound like a threat, but a new migration crisis will start if EU leaders don’t approve the opening of accession talks,” the newly-elected North Macedonian president Stevo Pendarovski warned EU leaders in May3.