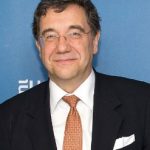 Until the last decade the region was relatively safe, not anymore

The Republic of Mali assumed for the first time the presidency of the G5 Sahel on the 15th of February. Just a few months later, Estonia will assume the rotating presidency of the EU. Both events might seem far apart for the inexperienced observer but they are closer than it seems and prove the warm welcome I received during my last visit to Tallinn Estonia as EU Special Representative for the Sahel on 30 and 31 March 2017. We had constructive conversations at official and ministerial level with representatives of the Ministry of Foreign Affairs, Interior and Defence. It was my honour to also visit the Parliament for a fruitful discussion with MPs on the Sahel.
The Sahel is facing a “perfect storm” due to political, economic, social, security and environmental reasons. The consequences of this crisis take a heavy toll on the daily lives of millions of people, as demonstrated by the famine alert in some areas of the Sahel. But it also has the potential to impact every single country in the EU, from Portugal to Estonia. The arrival of thousands of people every month in European countries are a daily reminder of this fact.
But before explaining these effects, let’s start by explaining what the Sahel is.
Sahel means frontier or limit in the Arabic language. But from the point of view of international relations, the word Sahel can have very different meanings. They come down to three different concepts:
From a geographic perspective, the Sahel region encompasses all countries in the region between the Sahara desert to the north and the tropical rainforest in the south. In this respect, more than ten countries with similar climate and natural patterns can be included in this broad definition of the Sahel: from Mauritania on the Atlantic to Eritrea on the Red Sea.
Yet, even if these countries share natural patterns, they lack a common past, present and future. That is why we also need to use other concepts, among which I would like to underline what I like to call the institutional definition of the Sahel. From this point of view the Sahel includes five countries [Mauritania, Mali, Niger, Burkina Faso and Chad] which share a common past defined by trans-Saharan empires and French colonisation, as well as shared challenges derived from the immensity and low population density of their territory. These five countries have decided to give a collective answer to these challenges by creating the G5 Sahel Organisation.
Even if the institutional concept can be useful, it excludes some major players in the region as well as two of the three major security crises threatening it (Libya and the Lake Chad Basin). That is the reason why we can also define an even larger geopolitical concept of the Sahel including Nigeria, Senegal and Algeria, whose territories lie partially in the Sahel region.

What problems are we facing in the Sahel?

Life has never been easy in the Sahel. It has always been one of the poorest areas in the world but up until the last decade, it was relatively safe there. In the aftermath of the fall of the Gadaffi regime in Libya, things changed drastically. Years of bad governance and of neglect created local grievances which were exploited by terrorists. Mali was particularly affected after the insurrection in the North and a coup d’état took place in 2012. A French operation was launched to restore the Malian state. Later on, a UN mission (MINUSMA) was established to further stabilize the country and to facilitate a peace process. An agreement between the warring parties was reached in 2016 – signed by my predecessor, EUSR Reveryrand de Menthon – and is currently being implemented. One of my main tasks is to follow up this agreement and encourage the parties to keep their word in order to build a stable and peaceful Mali.
Notwithstanding international support, the region suffers. Organized crime and terrorism are proliferating, not only in Mali but also in the surrounding countries. There is talk of a smuggling belt across the Sahel, which has taken advantage of the weaknesses of state structures in order to organize an extremely lucrative business. Long-term perspectives are bleak: population growth is enormous –a Sahelian country, Niger, has the highest birth-rate in the world, doubling its population every 18 years. The area is affected by climate change and a scarcity of natural resources. Many are displaced due to crises in the region – notably around the countries neighbouring Lake Chad and Mali. The economy struggles to keep pace with population growth, failing to create jobs for everyone.

What is the EU response?

In 2011, the EU drafted the first Sahel strategy that was followed by an Action Plan in 2015. The strategy is based on two different interlinked axes, namely development and security. The logic behind this is that there is no development without security and no security without development. Four priorities were chosen as focus areas: youth, migration, prevention of violent extremism and border management.
Different instruments are used to work on these topics:
• Firstly, the post of EU Special Representative (EUSR) for the Sahel was created in 2013 and has been extended until today in order to formulate a “regional response by the Union to the complex and inter-related challenges in the Sahel”. Currently, my work is concentrated on two issues:

○ The first is ensuring that the Malian peace agreement is implemented correctly. On behalf of the EU, I am a member of the international mediation that oversees this peace process. This is a laborious task that takes up a lot of time and capacity from me and my team. As I always like to quote, the peace process goes better than we feared but worse than it should. There is limited progress in many areas but the territorial integrity of Mali is no longer at stake and parties have replaced guns with talks.

○ The second is to support an interesting regional initiative: the close collaboration of the previously mentioned G5 countries: they are ambitious in their objectives to create more stability and development in the region by bundling their resources. The EU is supporting this initiative with strong political and financial support.

• Secondly, the EU remains a key actor in terms of humanitarian aid. In 2016, the European Commission’s humanitarian funding for the Sahel countries amounted to over 299 million euros. And the EU committed the highest pledge in the last Humanitarian Conference for the Lake Chad Basin and northern Nigeria.
• Thirdly, all kinds of development instruments are open to the G5 countries, like the European Development Fund, the Instrument contributing to Stability and Peace and the latest new instrument the EU Emergency Trust Fund for Africa – with more than 2.5 billion euros available. Resources pledged for the five Sahel countries by the EU and its Member States amount to approximately 8 billion euros.
• And lastly, the EU decided to establish Common Security and Defence Policy training missions in the region: two in Mali (EUTM for military training and EUCAP Sahel Mali to support the internal security forces) and one in Niger, EUCAP Sahel Niger that is focusing on the fight against terrorism and organised crime.

How does Estonia contribute to the EU response in the Sahel?

Estonia’s contribution is considerable, taken into account the size of the country. Ten Estonian military personnel are working with MINSUMA on making intelligence available for the mission leadership. Another ten, who I had the chance to meet with during my last visit to EUTM, are training the Malian army. I have been informed that this contribution is the second largest after your contribution to the missions in Lebanon. I would like to congratulate Estonia on this impressive engagement. Estonia is also, very wisely, exploring ways in which the African countries could benefit from Estonian knowledge on e-governance.

This engagement is indicative of Estonia’s solidarity, not only with African countries, but also with European neighbours who are suffering the consequences of the current crises. Estonia therefore shows its strong commitment to the European project. I am grateful for this commitment and look forward to working together with Estonia during its Presidency. I am sure that together, we can build a more prosperous and stable Sahel, changing the lives of millions.