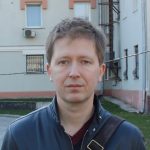 Despite Vladimir Putin’s success in painting the Internet in a dark light, global connectivity has re-emerged as a force for good in his war on Ukraine.

Living in London in exile since 2020, I have struggled to find anything positive to say in the dark months that began on 24 February, when Vladimir Putin launched a full-scale attack on Ukraine. Mostly, I have felt a combination of shame and anger, but also the sense of complete failure shared by many Russian liberals these days – we feel that we have lost our people to Putin’s warmongering propaganda, and so we have lost the country.

But after two months of the war, one thing has emerged which surprisingly gives me some hope – Internet technologies and their role in the war.

Since 2016, when Putin’s spies and political operators were caught interfering in the US election, the global community of cyber experts has come to think of the Internet in terms of threats rather than opportunities. The Russians, Chinese, Iranians, and North Koreans had found a way to use the Internet to spread disinformation and propaganda, undermining Western democracies from within with wild conspiracy theories and lies. Global platforms like Facebook, Twitter and Google, once beacons of Western entrepreneurial spirit and creativity, were completely compromised. Global connectivity which had been a dream in the 1990s and 2000s suddenly became a big vulnerability.

This very dark perception of the Internet perfectly matched Putin’s picture. Putin and his closest associates from the KGB were trained to see the world in terms of ‘threats’. Since Putin came to power, that world had always included the Internet – the very first Doctrine of the Information Security of the Russian Federation, signed by Putin in 2000, includes on its list of potential threats “manipulation of information (disinformation, concealment or mis-representation).”

Until 2016 there was a dissonance in terminologies between Western and Russian cyber officials. Western officials used ‘cyber security’ and ‘cyber threats’ because they wanted to talk about computers and network security, while the Russians insisted on using ‘information security’ and ‘information warfare’ because they believed the content on the Internet could pose a threat to the Kremlin and to the political stability of Putin’s regime – which they called ‘Russia’s digital sovereignty’.

But after 2016, many American cyber experts admitted to me in private that the Kremlin was indeed correct – online content, on social media primarily, might pose a threat to democracy. Putin’s cyber operations might have been exposed in the US and Europe, but he won at least one round – he got the world to think of the biggest achievement of Western civilisation – the Internet – in dark and paranoid terms.

It is not a surprise that a perception of the Internet dominated by security concerns became widely accepted. Who would blame the public? Disinformation operations did not stop after the 2016 debacle. We all came to believe that every crisis with Russia would include a disinformation campaign coupled with cyber-attacks.

And indeed, when the war in Ukraine started, so did Russian disinformation operations and cyber-attacks. But – here comes the good news – they failed to inflict any real damage on Ukraine. They also failed to confuse the Western public about the war – the Kremlin’s narrative of a ‘special military operation’ against the Nazis gained no traction in the world. The darkest predictions about the information side of the war proved to be wrong.

In fact, the opposite happened. The tide turned the other way for the first time since 2016. Social media became instrumental in spreading news about what was going on in Ukraine, including to those Russians who wanted to know the truth about the war. War crimes have been documented, and those who committed them have been identified almost in real time. Thanks to journalists and social media, we know what it was like to live through the bombings in Kyiv, and to survive the occupation in Bucha and besieged Mariupol. Thanks to social media, we saw the real face of the war. We know how Ukrainian soldiers, civilians and volunteers look and sound. We know how Russian soldiers look and sound, as well as Russian antiwar protesters and cheerleaders for the war.

The Kremlin tried hard to secure an information monopoly as soon as the war started. On 24 February, Kremlin censors instructed the Russian media to use only official information about the war in Ukraine. Words like ‘invasion’, ‘war’ and ‘offensive’ were banned in favour of Russia’s preferred ‘special military operation’. On 4 March, the Russian Parliament adopted legislation on fake news about the war, threatening prison sentences of up to 15 years for spreading information counter to the Russian government’s position.

But the global platforms, almost a cursed concept before the war, proved resilient. The Russian censors failed, not least because platforms like YouTube, Facebook, and Twitter refused to succumb to the Kremlin’s pressure and did not flinch at the threat of being blocked. And when Facebook, Instagram and Twitter were blocked, they made every effort to keep their connections with Russians alive – for instance, going as far as to offer Russians the option of using Facebook on Tor.

YouTube, along with Telegram, has emerged as the main source of uncensored news in the Russian language – many of my colleagues, journalists forced to leave the country, moved to YouTube and Telegram channels and found multi-million strong audiences. Many Russians watch anti-war YouTube channels as they used to watch morning television. Global connectivity is now once again the biggest hope for awakening public consciousness in Russia.