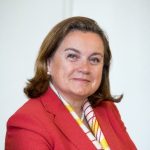 How to make Europe relevant to its citizens again?

A couple of weeks ago, on a radiant Lisbon morning, I asked a taxi driver his opinion about the upcoming European elections. His reply? “I couldn’t care less.”

Amid talk of a populist wave, cyber wars, external threats, Brexit fallout, trade wars and an economic slowdown, it is easy to forget that one of the great challenges facing the European Union today is indifference. No other indicator makes this more obvious than the steadily falling turnout in European elections. Starting at 62% in 1979, the rate of eligible voters across the EU who cast their ballot in elections for the European Parliament has fallen to less than 43% in 2014 – and just 28% among those aged 18 to 24. This means that indifference is the party of the silent majority in Europe.

Voting is the primary means by which citizens can participate in political life. When only a minority of citizens cast their ballots in EU elections, elected officials don’t reflect the citizens’ values and priorities. This compromises the functioning of European institutions and creates a self-fulfilling cycle of distrust and anomie.

Low turnouts can also determine the outcome of elections. Because moderate voters are more likely to stay at home on Election Day, low turnouts can translate into higher shares of the vote for parties and movements on the margins of the political spectrum. In this year’s EU elections, voter indifference may well play into the hands of growing populist and Eurosceptic parties, which rely on a committed, albeit limited, voter base. The result may be a European Parliament that is starkly at odds with the views of most Europeans – according to the last Eurobarometer, 61% of respondents say their country’s EU membership is a good thing.

So how should we go about making Europe relevant to its citizens again?

Although there is no silver bullet for encouraging citizen engagement, my view is that making the EU attractive to its citizens begins with implementing good policy that addresses their real needs and concerns. This is why, as we look ahead to the coming years and namely the 2019-2024 Strategic Agenda and the 2021-2027 Multiannual Financial Framework, we have to persuade European citizens that we can work peacefully and pragmatically together to face the challenges of both today and tomorrow.

Here, then, are five priorities that, from the Portuguese perspective, could strengthen the future of Europe. These five ideas stem from a common key principle – convergence. Convergence is the added-value criteria that should apply across all EU policies and instruments, mutually reinforcing each other, so as to promote our shared success. At their core, these five priorities aim to reinforce and promote convergence as a paramount feature of the future of Europe:

Sharing a common house, sharing common values, does not mean relinquishing our identity or our freedom to make our own choices. The future of Europe is not incompatible with a variety of ideas and positions about who we are, what our common purpose is and where we want to go. But we cannot ignore what the generation of Mário Soares and Simone Veil learned from experience: populism vandalizes democracy, racism and xenophobia threaten the dignity of human life, the trampling of the Rule of Law sets dangerous precedents and protectionism curtails economic prosperity. Therefore, as we face new external and internal threats to these values, we need to reaffirm a strong commitment to protecting the very European values that formed the basis of this historic project of peace, prosperity and solidarity.

However, beyond the completion of the internal market, we also need to take new steps towards the completion of the Economic and Monetary Union (EMU). The EU’s late, contradictory and insufficient reaction to the financial and economic crisis of 2007-2011 painfully exposed the structural shortcomings of our common currency. It is true that today we are better prepared to face a new crisis and that the Eurozone has made significant advances in both growth and employment.

But make no mistake. The vulnerabilities exposed during the worst of the crisis remain to be addressed. Time is running out for the Europeans to put into practice what scholars and economists have long established as a condition for the success of monetary zones. Specifically, we need to conclude and implement the Banking Union, the Capital Markets Union and a budget capacity for the Eurozone, and to create efficient mechanisms to face exogenous shocks in the event of another crisis. The European deposit insurance scheme, the budget capacity of the Single Resolution Fund and the progressive transformation of the European Stability Mechanism into a true European Monetary Fund are priorities that will strengthen the Monetary Union, prevent another crisis, and reinforce our external competitiveness.

Crucially, it is important to understand that climate change is not only a challenge, but also an opportunity for all Europeans. The Commission has already showed how the EU can lead the way in the transition towards an ambitious, cost-effective and socially fair net-zero emission economy that can bring benefits for economic growth, employment, quality of life, public health and biodiversity, among other domains. It is now up to us to decide whether or not we want to deliver on these commitments.

Portugal stands ready to do its part, and we have therefore made a clear commitment to start an energy transition process. Together with seven other EU countries, ahead of the Sibiu Informal European Council, Portugal addressed a letter to the other Heads of State and Government pleading for a cut in greenhouse gas emissions to a net-zero level by 2050 and for at least 25% of the EU’s next seven-year budget to be spent on projects designed to fight climate change.

These are ambitious targets, but they are also realistic: in March 2018, Portugal was able to live with renewable energy alone for three consecutive days, and in January this year we achieved a new record – wind generation delivered 63% of electricity consumption. Just this month, Eurostat revealed that Portugal had the largest drop in CO2 emissions in the EU in 2018. Our success paves the way for determined EU action on the environment.

But the economic and financial crisis, which brought to light the internal weaknesses and the growing socio-economic divergences between Member States, showed that our work is not complete. A lot still has to be done to promote convergence and competitiveness while upholding the European economic and social model. To address this challenge, the European leaders took the historic step of proclaiming the European Pillar of Social Rights in 2017. Since then, the EU has made significant progress in creating the European Labour Authority and adopting the directive on work-life balance for parents and carers. But we need to do more to turn the European Pillar of Social Rights into a reality on the ground.

In Portugal, we are particularly concerned about the ageing of the population. To face this challenge, Portugal has already become one of the first countries to index the retirement age to its demographic evolution. But we need to go further and beyond changes to our social security system. The way forward involves economic growth and access to more and better jobs and higher wages, as well as lifelong learning. We should also open the way to legal and regular migratory flows. Alone, the EU Member states have a limited toolkit with which to face the impact of ageing. Together, they can undertake coordinated, cooperative action that ensures a fair future for all.

Portugal is uniquely placed to help lift the EU’s global status. Globalization started right here, in the narrow streets of downtown Lisbon, where sailors, cartographers and merchants once conferred on how to discover new trade routes for spices. Our relationship with China dates back to 1514, and with Japan to 1543. Brazil–Portugal relations have spanned more than four centuries and Portugal’s historic bond with the Indian subcontinent lives on through its gastronomy – indeed, there would be no spicy South Asian food without the Portuguese navigators who brought chillies from South America. Our relationship with the African nations runs even deeper: we share strong political, economic and cultural ties and we speak a common language with millions of people on the continent. And there are roughly one hundred million people with recognizable Portuguese ancestors, in locations as far off as Quebec, Hawaii, Sri Lanka and East Timor.

These assets have served us well in a rules-based multilateral order. Portugal was elected to the Security Council of the United Nations three times and is home to the current Secretary General, António Guterres, as well as to the Director-General of the International Organization for Migration, António Vitorino.

I have chosen these five priorities for a good reason. These are the policies that Portuguese citizens perceive as being the most relevant for the future of Portugal and of the European Union.  But this is also the added-value Portugal can offer to other Europeans. At the end of the day, this is what the European project is all about: each of us brings our own national priorities and experience to the table and together we work out the best possible combination of unity and diversity. There will inevitably be times when we feel we got the worst part of the deal, but at the end of the day, the choice is about the benefits we all share in the long-run. Exploring the benefits of our diversity and of our own identities will enhance our common adherence to the European project. Failure to recognise this is a sure way to perpetuate divisions and indifference. Pragmatic cooperation, on the other hand, offers the promise of a prosperous, sustainable and fair future – united in diversity, we shall prevail.