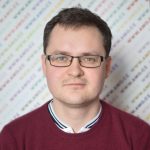 When taking over from the French on 1 July 2022, the Czech Presidency of the Council of the European Union prioritised several key areas, all connected with the EU response to the Russian aggression against Ukraine and its consequences for the block. At the core of the Czech thinking were the issues stemming from energy security and defence policy, as well as resilient institutions and the wave of refugees. These priorities were best manifested in the Czech and European leadership, particularly in Eastern Europe.

Even before the start of the Czech presidency, the cabinet of Petr Fiala focused its attention on the so-called ‘five-point-plan’ for Ukraine to show to international partners its readiness to deliver by rewarding Ukraine with the candidacy status, organising a high-level Ukraine summit, and preparing a donor conference to raise funds for immediate needs and post-war recovery. The government thus made Ukraine its cross-cutting priority and an overarching theme for the Czech mandate.

Beyond that, Czechia continued with its tough approach towards Russia by pushing a harsh sanction policy, advocating for the establishment of an international legal tribunal to prosecute war crimes, and isolating Putin’s regime in the international arena. The government itself faced some dilemmas in how far to go, for instance, on the question of energy dependency and pursuing alternative oil and gas sources. Other hurdles revolved around the domestic situation and political debate, as well as European values; it stumbled upon the legal question of frozen assets that belonged to sanctioned companies, oligarchs, or other regime officials but were protected as private property.

On the EU’s eastern policy, the Czech Ministry of Foreign Affairs has so far sent many mixed messages. On the one hand, it wanted a comprehensive overhaul of the regional approach but also the continuation of some of its basic principles of cooperation with the Eastern European states on the other. Czech diplomacy focused, above all, on Ukraine, although the official position maintained that all three Associated Trio countries, including Moldova and Georgia, deserved to become members of the EU one day, despite the fact that the Tbilisi was not given candidate status by the June 2022 European Council.

One of the crucial parts of the debate proved to be the question of Wider Europe. It is now back on the EU decision-making table, alongside the interconnected setup of enlargement policy, having been stalled for the past decade by deep structural problems and a lack of political will. Czechia took a proactive stance and played the role of both a mediator and an honest broker. Progress in some of the complex issues—such as membership perspectives for the Western Balkan countries—helped mitigate some grievances regarding the possible accession of Ukraine and other Eastern European countries while opening the accession talks with Albania and North Macedonia.

An important—and yet unexplored—part of the process was to convince other EU members to endorse practical steps towards Ukraine’s and Moldova’s integration, including resilience building and, in the case of Ukraine, post-war reconstruction. Even though Czechia developed a strong line of argumentation on why the EU needed to bring Ukraine closer, as well as to deliver concrete benefits to the Ukrainian citizens, it failed to establish a wide political consensus among the EU states. This aspect touches on the underlying problem of capacity and resources available to a mid-sized EU member. For Czechia, non-controversial areas of political debate helped the country to raise its international profile among the EU-27.

On the Russia front, it proved essential to continue with—and complete—the review of both bilateral ties and EU-Russia relations, as publicly endorsed by Czech Foreign Minister Jan Lipavský. This determination reaped some fruit when the EU’s High Representative Josep Borrel adopted a new set of principles on how to deal with Russia on behalf of the EEAS and the European Commission in November 2022. Now, EU members seem to have gradually accepted that it is impossible to return to business as usual with Russia. At the same time, there is a consensus on preserving traditional priority areas: civil society, independent media, and democratisation in a wider sense. The Czech Republic has invested a lot in supporting democracy in Russia, honouring the legacy of the first Czechoslovak President Tomáš G. Masaryk and the inter-war period.

In addition, the Czech presidency contributed to the efforts to recalibrate the Eastern Partnership policy ahead of the upcoming debate on the Wider Europe concept. Czechia circulated its ‘non-paper’ on the issue and stimulated an EU-wide discussion on the ways forward. First and foremost, it was necessary to establish a new balance between a stronger bilateral track (differentiation), especially with the Associated Trio, and the multilateral dimension (inclusivity) to keep Belarusian or Azerbaijani civil society, and their pro-EU parts in particular, inside the policy framework. This approach would also be crucial for Armenia—a nation overwhelmed with turbulent times at home and limited by the geopolitical nature of its conflict with Azerbaijan.

Security was high on the agenda in relations with Eastern European neighbours, as well as their closest partners within the EU and especially NATO. The Czech government stayed faithful to its traditional approach. It advocated for closer cooperation between both alliances, even when internal disagreements were difficult to overcome, and promoted the new strategic cooperation document, proving that both the EU and NATO were ready to withstand the times of war. As a concrete contribution to defence on the Eastern flank, Czechia assumed leadership of the NATO battlegroup in Slovakia, which illustrated how much the country had advanced in the foreign and security domain. Along the same lines, Czech support for Ukraine and its people earned admiration not only in Ukraine but also internationally.

The Czech Republic—with its strong and credible transatlantic bond—also invested heavily in facilitating closer coordination with the U.S. in the matters of post-war reconstruction of Ukraine, military cooperation, or energy security. Czechia has always strongly believed in maintaining western unity—especially in the face of Russia’s aggression in Ukraine—even when it failed to avoid some conflicts on trade or domestic politics in the U.S.

What the new year will bring us

The outgoing year has brought not only new opportunities and international prominence but also many challenges and dilemmas for the cabinet of Petr Fiala. Among them, the most notable were the fragmentations within the Visegrad Group and the isolation of Hungary, with both developments signalling the trend towards gradually diverging views within the EU itself.

Since the full-scale Russian invasion of Ukraine in February 2022, Hungary has been purposefully egoistic when it comes to aiding Ukraine and balancing its relationship with increasingly aggressive Russia or Iran. The Czech EU Presidency has struggled with Hungary’s unconstructive stance, for example, on the resolution of the energy crisis and establishing a framework for solidarity agreement among the EU member states, which the Orban regime was the only one to oppose.

Similarly, it proved very difficult—if not impossible—to bring Hungary to the negotiating table to agree on the macro-financial aid to Ukraine. Coupled with Sweden’s and Finland’s accession to NATO and the OECD corporate tax, it became a bargaining chip in the debate between the EU institutions and the Hungarian government and protracted the negotiations on the conditionality—and freezing—of the European funds needed by Ukraine’s severely hit economy.

At the same time, the Czech government has substantially improved relations with Poland, which had been blocked by a dispute over the coal mine Turów until late last year and thus minimised—or outright paralysed—any high-level engagements. A similarly positive trend has been observed in the wider region of Central and Eastern Europe (CEE), including the Baltic countries, Slovakia, Bulgaria, Romania, and Croatia.

Disputes among the CEE countries, however, have manifested in the realm of foreign affairs and security policy. Internal struggles—including societal and political tensions—have also intensified amid the Russian war against Ukraine. In the Czech context, local and senatorial elections in September 2022, as well as the next presidential campaign to culminate in January 2023, collided with the EU Presidency and distracted politicians and decision-makers. Domestic tensions affected the government and overall political stability, which was already visible in September when the ruling elites underestimated the public reaction to the socioeconomic hardships.

In his presidential bid, former Prime Minister Andrej Babiš benefitted from ‘protecting the interests’ of the most vulnerable parts of the population—i.e., attacking the government for failing the ‘ordinary people.’ Ahead in the polls, Babiš was the most successful playing this card. However, the ongoing war and the security threats posed by Russia favoured his main rival Petr Pavel, a former chief of staff and NATO officer who demonstrated his competence by commenting on the developments in the east. It remains to be seen which narrative—economic hardships, security threats, or striving for societal progress and women’s rights represented by Danuše Nerudová—will eventually prevail at the ballot box. After ten years of Miloš Zeman, the next election will certainly be a step forward towards reconciliation.

The Czech Republic, by the efforts of its relatively new government, has laid a solid foundation to transform the country’s image from an average—if not underperforming—member of the Western alliance into a credible partner on the international stage, as best shown by the Petr Fiala cabinet’s leadership stance on Ukraine. However, Czechia now needs to find the right mindset, invest additional resources in its foreign policy capacity, and keep its domestic politics at bay. If successful, it is going to dramatically increase its profile, boost future coalition-building potential, and foster new ways of cooperation. Firstly, the mission will require regional leadership and constructive behaviour in the CEE context to be appreciated by the transatlantic allies. Secondly, it will depend on the results of the January 2023 presidential elections that will shape the country’s international perception and decide Czechia’s fate as a mature democracy, able to overcome the political turmoil and democratic backsliding of the Babiš era.