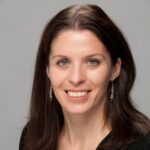 When Belarus suddenly began bringing migrants to Lithuania’s border this summer to create a refugee crisis on the Lithuanian side, people were surprised and aghast. They should not have been.

For the past few years, aggression in the grey zone between war and peace has been growing steadily, and the aggressor side has an enormous advantage: it can keep innovating. If targeted countries focus on trying to counter or predict each form of aggression, they will always be on the back foot. Instead, they should build societal resilience – and signal that they will also punish aggressive acts.

As recently as two to three years ago, grey-zone aggression was not high on anyone’s agenda. The aggression, though, was indisputably taking place: there was constant cyber intrusion, there was disinformation, there were subversive corporate takeovers, but individually none of these acts shocked anyone. Even hugely damaging corporate acquisitions such as the takeover of three cutting-edge Swedish semiconductor firms by Chinese companies did not create the sort of headlines a military attack would. In fact, acts of grey-zone aggression created virtually no headlines at all. Occasionally, an act of aggression made the news, as was the case with Russia’s cyber intrusion into Emmanuel Macron’s election campaign in 2017 and Russia’s massive NotPetya attack against Ukraine the same year which became news because it brought down a string of multinationals as well. But such attacks were viewed as individual incidents, while in reality they have been part of a wider effort where, primarily, Russia and China try to weaken Western countries and strengthen their own position.

Now both decisionmakers and the public are waking up to the fact that grey-zone aggression is a reality in their societies. They are waking up to the fact that grey-zone aggression can involve any tool the aggressor fancies, whether it be cyber aggression, hostage diplomacy or corporate coercion. Those wishing to delve more into some of the many forms of grey-zone aggression being directed against Western countries today are welcome to peruse The Defender’s Dilemma: Identifying and Deterring Grayzone Aggression (American Enterprise Institute, October 2021). Indeed, aggressors can use tools that do not yet exist. Until May, Western countries did not think it possible for another country to import thousands of migrants, then transport them to another country’s border with the intent to cause chaos. Yes, last year President Recep Tayyip Erdoğan of Turkey threatened to “open the gates” to Europe, forcing Greece to build a border wall that has just been completed, but the migrants were already in Turkey, whereas Belarus is bringing migrants to Belarus for the specific purpose of then delivering them to the borders of Lithuania, Latvia and Poland.

By weaponising migrants, Belarus President Alexander Lukashenko is deviously demonstrating the enormous benefits grey-zone aggression affords the aggressor. He is harming Belarus’s three NATO neighbours by forcing each of them to divert attention and resources to their border with Belarus and to beg Brussels for help; he is deepening the discord between Warsaw and Brussels as Poland pushes migrants back to Belarus; he is causing conflict at Germany’s border with Poland as German far-right activists turn up to keep Lukashenko’s migrants now in Poland from crossing into Germany (several thousand such migrants have already crossed the German border); and he is causing a rift within the EU. Moreover, it all involves little expense and minimal risk of serious retaliation. It is hardly surprising that Lukashenko keeps milking this golden cow.

Indeed, precisely because the cost (in blood and treasure) is so low and because the risk of punishment is minimal, it is entirely logical that Russia and China, and to a lesser extent Iran and North Korea, will likewise engage in such acts of aggression. Using grey-zone aggression is also entirely logical for another reason: conventional wars have fallen out of fashion. Wars clearly still pose a risk, but since the end of World War II, wars between developed countries have decreased dramatically, as documented by, among others, Oona Hathaway and Scott Shapiro in The Internationalists. Seen from this perspective, Russia’s war against Ukraine is an aberration. It is impossible to know whether Russia and China are refraining from wars against NATO countries because NATO’s deterrence works or because they are not interested in territorial war (including the enormous expense and effort involved in administering conquered territory), but either way, they are currently not engaged in kinetic warfare against any of these countries.

But, as we have seen, they are engaged in grey-zone aggression. What makes today’s situation so dangerous is that geopolitical confrontation is clashing with an entirely globalised economy. The latter affords aggressors enormous opportunities, because today they and countries they wish to target have countless points of intersection. Western companies, for example, depend on the Chinese market for sales, and on Chinese manufacturers in their supply chains, and citizens of Western countries travel all over the world.

In The Defender’s Dilemma, I outline strategies that Western countries can, individually and jointly, pursue to limit grey-zone aggression. Their first step must be to strengthen societal resilience through, for example, resilience training for teenagers; selective national service in all parts of the government involved in national security in the wider sense; regular exchanges with the business community; joint military-industry grey-zone exercises or a combination thereof. Indeed, this year the Czech Republic successfully launched such grey-zone exercises. Targeted countries should also communicate to the aggressors that they will retaliate – not with the aggressors’ dirty means, but with means that behoove liberal democracies. While that may sound like a weak threat, consider, for example, the fact that an enormous number of hostile-state officials and their family members enjoy the benefits of the West. The Defender’s Dilemma is real, but together we can limit it.