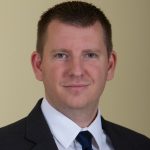 Jonatan Vesviov is the Estonian Ambassador to the US. Before this he worked in the Estonian Ministry of Defence for 10 years.

He served as Director of the Policy Planning Department, the ministry’s representative in the Washington embassy, acting and later substantive Undersecretary for Defence Planning, and for two and a half years, Permanent Secretary.

This decade saw tumultuous developments in the international situation—the Russian offensive against Georgia, intervention in Syria, the occupation and annexation of the Crimea and ongoing Russian aggression against Ukraine in the east of the country. Reorganisation within NATO to respond to Russian behaviour, part of which was the deployment of allied forces to the eastern border of the Alliance, also occurred during this period.

Estonian national defence and defence capability have developed rapidly during this time. This article is largely about how Estonia moved from a system that looked strong on paper but was hollow in practice to a real, armed, equipped, manned and trained structure.