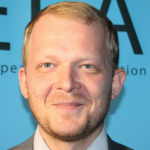 The Kremlin’s disinformation campaign has only one strategic purpose: to weaken the West

The East Stratcom Task Force was established in 2015 to “address Russia’s ongoing disinformation campaigns” through (i) the more effective communication of policies towards the Eastern Neighbourhood, (ii) a strengthened media environment in the region, and (iii) an improved capacity to forecast, address and respond to disinformation. Since then the EU itself has faced many of the same communications challenges as its Eastern Neighbourhood: member states can also be surprised and caught off guard by disinformation methods.

This article seeks to provide a detailed assessment of the nature of the challenge and to describe the strategy and the tactics used by the pro-Kremlin disinformation campaign. It is based on two and half years of day-to-day observation of various aspects of Russia’s disinformation and on the work of a wide range of experts in the field.

The Nature of the Challenge

The pro-Kremlin disinformation campaign has one underlying strategy. Despite the diversity of messages, channels, tools, levels, ambitions and tactical aims, and notwithstanding its rapidly adapting nature, the strategic objective is one and the same: to weaken the West and strengthen the Kremlin in a “zero-sum game” approach. While it is important to be aware of this overarching strategic objective, we also need to understand how this objective is translated at the tactical level.

The disinformation campaign uses different channels for different audiences. In Central and Eastern Europe, disinformation is mostly spread through dozens of dedicated outlets in local languages. However, this tool proved ineffective in Nordic countries, where Sputnik [Kremlin-controlled news agency—Ed.] had to shut down; the campaign there shifted towards social media, discussion forums in established outlets, cyber-attacks and online personal intimidation. Targeting the Russian-speaking minority might be the most effective tool in countries where there are many Russian speakers. While social media is key for some audiences, especially in Western Europe, it is less relevant in Eastern Europe, where Twitter, for example, is not widespread. In Central Europe the older generation is often targeted by chain emails forwarded to thousands of addresses.

The disinformation campaign has an unknown number of channels and speakers, some of which are operating in a non-public environment, like closed events and direct messaging platforms, and through person-to-person contacts. The scale encompasses the highest public authorities, diplomatic networks and security services; NGOs and GONGOs; the official, “white” Russian media; unofficial, “grey” pro-Kremlin outlets and disinformation-oriented projects financed by pro-Kremlin oligarchs; local extremists and conspiracy theorists; social media trolls and bots; and individuals who are simply persuaded or attracted into the disinformation ecosystem. It adds up, every day, to a plethora of channels spreading an overabundance of multilingual disinformation messages and seeking to win new hearts and minds to continue the job. The sheer volume of disinformation and the constant repetition is key to the campaign’s success in creating a surfeit of apparently independent sources repeating the same message.

The campaign has different tactical aims and objectives for different audiences. It presents conspiracy theories to an audience that is ready to consume them. It will play on pro-Russian and anti-Western feeling in one society and exploit local national minority issues or anti-German/pan-Slavic sentiment in another. It will fuel hysteria and polarisation through aggressive anti- or pro-refugee messaging (ditto anti- and pro-LGBT, or other divisive questions) to persuade both sides that those on the other side are an existential threat. It will try to find those issues in our societies that garner the strongest emotions around them, and it will try to fuel and amplify those emotions as much as possible—because an audience shaken by strong emotions will behave more irrationally and will be easier to manipulate. Fear is by far the most abused emotion, as it is this that polarises societies to the greatest extent. On an individual level, the actors in the disinformation campaign will try to intimidate individuals more prone to personal attack. The campaign also seeks to confuse mainstream media that try to balance between conflicting versions of events, turning this virtue of our media against us.

The disinformation campaign has different perspectives. It can try to exploit existing divisions or create new, artificial ones—on the more strategic level, e.g. between the EU and NATO or the EU and the US, or at the national level, such as between Western and Eastern Europe or two countries with historical issues. It will attempt to exploit, amplify or invent divisions within one society, between various socioeconomic groups, between various political parties, within a government or within a region. Any tool that weakens the West (be it on the international or domestic level) works.

Disinformation messages will often be built around an element of truth that will make them more believable and more difficult to single out. A typical current example is to take the real problems Europe faces with refugees and then add false and/or twisted facts about their alleged crimes.

The disinformation campaign has different levels of ambition. The objective in 2014 was to help Russia achieve its military goals in Crimea. European elections and referenda were targeted in 2016 and 2017 in order to weaken consensus within Europe on policy towards Russia. But it is not only about targeting electoral processes. Disinformation operations with a lower level of ambition are also being conducted. These aim to undermine liberal democracy, and to sow and amplify mistrust in credible sources of information (be it governments or mainstream media), in the geopolitical direction of a country and in the work of intergovernmental organisations. They will also try to exploit and amplify divisions between different socioeconomic groups based on their nation, race, income, age, education and occupation. This type of disinformation campaign is often below the threshold of attention and is often overlooked as marginal. But it can achieve significant results over the long term. And these operations can facilitate more visible, short-term operations with a higher level of ambition that target particular electoral processes.

Given the number of different messages, channels, tools, methods, targets and aims—and the significantly higher levels of expertisein conducting a disinformation campaign and working with European audiences—it is safe to say that, when it comes to audience reactions, the disinformers have a highly developed knowledge about their audiences. Most progress in disinformation campaigns seems to be based on a basic trial-and-error method.

The gap between our knowledge and that of the organisers of the disinformation campaign is wide and growing. The current campaign has been intensively exported from Russia’s information space at least since the beginning of 2014, and many circumstances indicate that there was a long preparatory period before that. The organisers have managed to discover which messages and tools work for which particular audience, to plant the key narratives, to build familiarity with their messages (which leads to easier acceptance of the message), to identify local amplifiers and multipliers (both co-opted and inadvertent), and to plant and propagate certain narratives so that their origin is already significantly obscured.

The disinformation campaign is neither linear nor easily predictable. Strategic narratives are implemented from the top, and some of the messages are top-down controlled (there are weekly meetings between the Kremlin hierarchy and the most important journalists from the state-controlled Russian media to issue instructions). But there are elements of a bottom-up approach, too, with lower levels offering messages and communication projects to the top, anticipating what messaging and projects might find favour. We should not expect easily measurable, causal relationships where action A always necessarily results in situation B; academics studying the theory of media do not have them, and neither do advertising agencies.

Thus, rather than an exact science in which we can abstract variables and watch them interact in clean, isolated conditions, this can be described as a live ecosystem with an unknown number of organisms and uncertain surrounding conditions where, no matter how much you know about this ecosystem, certain conditions and reactions will be unpredictable—where you can try to influence things but cannot fully control them. This ecosystem is constantly evolving: fake quotes, letters and images will be soon joined by fake videos, a whole new level of sophistication making it increasingly hard, if not impossible, to identify real and mimicked human behaviour and posing new risks to mainstream media and public audiences.

It is not one message, media outlet, social media troll, conference or extremist that makes the difference. It is the sum that matters, the echoing that creates an environment of seemingly independent sources repeating the same message, which can lead an uninitiated observer to accept a story backed by so many “different” sources. It is the volume, the repetition leading to familiarity and the long-term effect of the disinformation campaign that form the core and basis of its success. Experienced experts compare this to the drip-drip of water on a stone: it does not create a hole in the stone because of its force, but due to its persistence.

The disinformation campaign should be taken with the utmost seriousness. It is part of Russian military doctrine and accepted by the top hierarchy of the most important Russian state-owned media. This is what differentiates it from other, less aggressive and not explicitly EU-targeted foreign-influence operations. Journalists who actively participate in it receive presidential and military awards. The state demands, finances and rewards disinformation activity as a cost-effective method of achieving its objectives. From public statements and budgetary planning decisions, this is clearly a strategy for the long term—meaning that the gap in knowledge can grow ever wider. Among certain audiences, it has already achieved significant results that will not be quickly fixed, and it aims to expand the audiences thus affected. The campaign is directly aimed at harming liberal democracy, the rule of law and human rights, and at silencing those institutions, intergovernmental organisations, politicians and individuals who defend them.