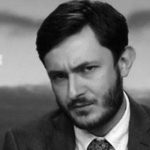 The President wakes late and eats shortly after noon. He begins with the simplest of breakfasts. There is always cottage cheese. His cooked portion is always substantial; omelette or occasionally porridge. He likes quails’ eggs. He drinks fruit juice. The food is forever fresh: baskets of his favourites dispatched regularly from the farmland estates of the Patriarch Kirill, Russia’s religious leader.