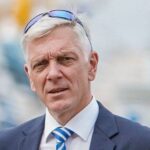 Through cooperation in the European Union, Estonia could be the midwife of an independent Kurdistan.