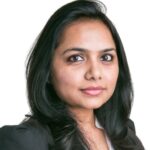 This analysis examines aspects of the Russian-Chinese defence relationship: its political motivations, trade between the two counties, collaboration in research and procurement, and military-military cooperation including exercises.

It also looks at frictions in their relationship. Although their defence cooperation is broadening and deepening, Russia and China compete in this sector too, for example in arms sales to and security cooperation with third parties. China continues to spy on Russia’s defence industry, and its persistence in carving out a role in the Arctic may become a further source of discord.

Nonetheless, both countries presently have the political will and commitment to ensure that they both benefit from this partnership. They succeed more than they fail. Their cooperation seems to be predicated upon expediency, not upon common goals and direction.

The closeness of their bilateral defence relationship is driven by what they stand against, rather than what they stand for. In recent years, Russia and China have both been censured by an international system they criticise as an imposition of the West, in particular of the US. This has been a leading factor in encouraging cooperation between them in various sectors, including defence.