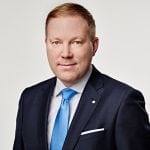 In today’s free world, there are not many politicians whose passing would touch many people at the same time, irrespective of their convictions. There are even fewer whose life and political activity would allow us to consider him or her a universal friend, supporter and great role model. The death of US Senator John McCain affected millions in his homeland and abroad. He was the paragon of a true patriot, a dignified and principled politician.

McCain entered big politics in 1982 a US national hero. He had a career as a navy officer to show for himself and five-year-long imprisonment during the Vietnam War behind him. The navy had been an inalienable part of the McCain family DNA for generations, which is why it is no surprise the senator wanted his final resting place to be the cemetery of the US Naval Academy in Annapolis, next to his best friend and course-mate, navy pilot Chuck Larson.

It became evident even during his studies at the naval academy that there was something rebellious and unusual about McCain; his contemporaries even sometimes called him McNasty. It may have been the large dose of stubbornness that helped McCain remain strong and survive after his aircraft was shot down over Hanoi in October 1967. He was hurt badly, captured and tortured.

In mid-1968 Admiral John S. “Jack” McCain Jr. became commander of all US forces in the Vietnam theatre. Communist Vietnamese forces offered to free his son early, for propaganda reasons. The prisoner declined because his demand to free all previously captured Americans together with him was not satisfied. The torture that followed led him to the brink of suicide, but his jailers prevented it.

McCain, who had been tortured until he could bear no more, made an anti-US “confession” in imprisonment. During the whole of the rest of his career, he considered it his most dishonourable deed, but he wrote later that it was the turning point in his life.

It is possible that McCain’s principles on honour, dignity and determination—which became his trademarks as a politician—were formed during that time. Vietnam gave him a sense of justice few have had to experience at first hand in such a form. He never forgot that political opponents weren’t his enemies or that there were much more important things and moments in life than winning elections.

McCain was the polar opposite of a politician who can lie in the blink of an eye and change their principles according to their mood or based on the hope of getting more support from the electorate. He may have been an idealist, but he always remained true to himself. There were moments in the 2008 presidential campaign that have now become legendary. At one rally, an older lady told McCain she could not trust Obama because he was an Arab. McCain picked up the microphone and said: “No, ma’am. He’s a decent family man, a citizen that I just happen to have disagreements with on fundamental issues, and that’s what this campaign is all about.”

McCain’s global fame was based on his principled activity in the protection of liberty and democracy. Where nations needed support, McCain was there. This is one of the main reasons McCain is considered an important friend and supporter in Estonia, Ukraine, Georgia and many other countries. It is also why he was considered an enemy in Russia.

As early as 1983, when McCain had just become a congressman and co-authored the Baltic freedom resolution, he invited people to remember suppressed nations and help them strive for liberty. Later, when he was a senator, McCain strongly supported getting Soviet forces out of the Baltics and accepting the countries into NATO.

In December 2016, when I met McCain for the last couple of times in Washington and Tallinn, he reassured us following Trump’s election victory and said that Estonia had nothing to fear because it would always have US support—irrespective of who was president.

He understood Russia better than any of his colleagues in the US Senate. During all our meetings over the 15 years I knew him, he always asked thorough questions about what could be done to deter the Kremlin’s aggressive foreign policy and to help foster an attitude of respect towards other nations and states in Russia, as well as how this could be achieved. He didn’t like empty talk.

Eight years later, in October 2008, McCain uttered the even more famous words during a presidential debate: “I looked in Mr Putin’s eyes and I saw three letters—a K, a G and a B”. He continued: “He has gradually repressed most of the liberties that we would expect for nations to observe, and he has exhibited most aggressive behaviour, obviously, in Georgia. I said before, watch Ukraine. Ukraine, right now, is in the sights of Vladimir Putin …”

McCain’s demise leaves a gap that can’t be filled because a politician with such experiences, convictions and dignity is not born in every age. Who will continue McCain’s work? Even his closest partner, Senator Lindsey Graham of South Carolina, is taking back his former opinions about president Trump for fear of not being re-elected.

Senator McCain remained true to his views until the end. His funeral service on 1 September at the Washington National Cathedral turned into a mighty act of defiance against lies, arrogance and shame accompanied by an undignified style of politics that aims to demean others. McCain didn’t want the incumbent president, Donald Trump, to make a speech at his funeral. According to his wishes, the last words to accompany him to eternity were spoken by two former presidents, the Republican George W. Bush and the Democrat Barack Obama. It was like an epitaph to McCain’s greatest contribution—always keeping the US unified for great causes.

The great man’s departure was, however, best marked by his daughter Meghan’s emotional yet apt words:

Senator McCain’s passing closed a chapter in modern political discourse. A new page has been turned. The question is whether McCain’s heritage is carried to the future or whether the values and principles he embodied will remain in the past.

Filed under: CommentaryTagged with: In memoriam