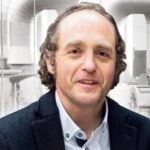 Estonia has had a long love affair with oil shale mining that uses sedimentary rocks from which hydrocarbons are extracted. As widely known, the combustion and thermal processing of oil shale mining generates significant greenhouse gas (GHG) emissions that contribute to global warming. Oil shale resources are concentrated in Estonia’s industrial north-east, a region called Ida-Virumaa, where the largest part of Estonia’s national power generation capacity is located.

Estonia’s energy production has been inexorably based on a carbon-intensive source, and partly for this reason, Estonia has been among the EU leaders in carbon-intensity per capita. Hence, the whole energy structure and industrial base of Ida-Virumaa are bound to be hit by Europe’s efforts to achieve a carbon-neutral future. Ida-Virumaa does not have to become a new social and economic wasteland as a result of this transition, but it is in need of bold ideas on how to remain the energy powerhouse of Estonia.

In July 2020,the German Presidency of the EU reemphasized the importance of the EU’s aim to be ‘climate neutral,’  or a net zero emitter, by 2050, the policy objective declared by EU Green Deal of December 2019 and reiterated by the draft Climate Law of 2020. The European Commission’s strategy document, which leaked to the press in May 2020 indicated three possible options for the European climate and energy policies. The first option entails gradual decarbonization with help of natural gas. The second option places emphasis on new gases, such as hydrogen and biomethane. Finally, the third option describes a full-electric scenario implying a progressive shift to electricity across all economic sectors. As the increase of electricity share in the final energy consumption is perceived as the most challenging option of the three, the EU policy focus is set on the first two scenarios briefly described above, with hydrogen receiving particular attention: On July 8th, the European Commission published the EU’s first hydrogen strategy.

At the same time, decarbonization implies ending the era of fossil fuels with a significant carbon footprint. Germany itself plans to pass a law that will phase out coal by 2039 at the latest, a national deadline criticized for being non-ambitious. As the UK and US experiences reveal, competitive energy markets drive out the capital-intensive coal industry even without an explicit deadline. Hence, the urgency in adopting plans to aid coal producing areas emerges both from the environmental and economic perspective, and therefore has been consistently advocated for by the expert communities.

This transition will undoubtably impact Estonia’s Ida-Virumaa region, where the carbon-intensive oil shale mining is the national pride of the country’s industrial history. Currently, the state has attempted to revive the industry beyond the electricity sector by reorganizing it into processing plants known as ‘shale-to-liquid.’ In turn, non-governmental organizations are exerting pressure on Estonian and regional authorities to abandon the polluting sector.

The problematique of Ida-Virumaa’s transition from oil shale transcends economics. While any failure in economic transition contains numerous political risks, the issue here is amplified by the difficult integration process of Russian-speaking minority which dominates the Ida-Virumaa region. The Estonian political mainstream has been losing ground in the region as the dominant Centre Party lost support due to extensive voters’ abstentions during the elections of 2019. Rising unemployment among Estonia’s Russian speaking population will be easily spotted by the political forces on the other side of the Narva River, and will likely exert external pressure onto Estonian politics.

In tandem, political opposition – while somewhat pragmatic – to the EU climate agenda framed by the Eurosceptic party EKRE has added to the political uncertainty. Being a member of the governing coalition, its minister of finance recently appealed to withdraw from the EU emission trading scheme, an initiative which provoked widespread criticism across European institutions. Although Estonia’s prime minister vetoed the withdrawal, the opposition to the EU Green Deal still subsists within the coalition. But one thing is certain: if Ida-Virumaa genuinely becomes the country’s ‘sick region,’ Eurosceptic EKRE will easily gain grounds nationwide, and the implementation of climate neutrality objectives will become less evident in the mid-term.

Meanwhile, state’s strategy in Ida-Virumaa cannot be qualified as the most successful case in ensuring the sustainable transition of its oil shale region. For example, compensations to former engineers and workers ignore the need for a long-term solution, as it remains unclear what the next generations of the region’s residents will actually do. Ida-Virumaa has not enjoyed Estonia’s national success in digitalization; numerous initiatives on the subject proved to be greatly out of touch from the social reality at hand.

Industrial pro-climate modernization remains the most valid alternative for Estonia’s north-east. Numerous pre-existing industrial initiatives can now be framed within the new priorities of the region’s modernization. For example, in line with the new EU priorities on hydrogen and a recent proposal from the Estonian government, the region should move forward with hydrogen production by utilizing the nearby chemical storage facilities at the port of Sillamäe. By pursuing this initiative, Estonia will contribute to the newly announced EU targets in hydrogen production. Furthermore, the existence of phased out gas pipelines can further serve as a basis for infrastructural modernization adapted to the hydrogen transport in the future. The old phosphate extraction in Ida-Virumaa should also be revived—in spite of historical controversies which previously occurred in Lääne-Virumaa—as phosphate is one of the core components of batteries and photovoltaic production, which form the basis of the large majority of carbon-free technologies.

The downsides of losing domestic oil shale-based electricity generation capacity were highlighted by a recent episode when Estonian electricity spot prices spiked 8 times due to an emergency situation caused by a confluence of circumstances affecting the entire power system of the Baltic states. This incident proves that Estonia still needs local power generation capacity as already emphasized in last year’s ICDS report. Gas-fired power plants may be the most affordable low-carbon solution. Known for their flexibility and adaptability to short-term demand variations, gas-fired power plants would then provide reliable back-up capacity for the national wind and solar energy installations, which are all vulnerable to intermittent weather. With local power generation in place and industrial and mining complexes revived, the region’s unemployment will be effectively mitigated.

According to the EU climate neutrality targets, however, natural gas producers themselves must seek out paths for the sector’s decarbonization. Hydrogen-enriched natural gas is one of the mid-term solutions to be considered in accordance with the new EU hydrogen strategy. In addition to that, Estonia will need to continue supporting biomethane sector. Biomethane production depends on the availability of biodegradable feedstock, and the incremental potential for feedstock in Estonia, including in Ida-Virumaa, remains largely unexplored. A comprehensive policy approach to Ida-Virumaa’s circular economy will be required even beyond the biodegradable feedstock for biomethane; for instance, phosphate extraction from processed oil shale waste is now possible.

In order to effectively create policy to support the implementation of new sources of gas, Estonian policy makers may need to consider establishing a trade system for gas origin rights. For example, fossil gas suppliers could be bound to purchase rights of origin from either hydrogen or biomethane producers, stimulating investments into alternative gases.

Priorities announced by the German Presidency open both policy and finance opportunities to rightly help Estonia’s most industrial region find its place in the EU energy transition. Policy measures at the national and regional levels should include both technological and market solutions in order to strike a balance between decarbonization requirements and the need to ensure the competitiveness and reliability of energy supplies. Ida Virumaa’s integration into this multifaceted modernization process is possible and will ensure the social stability, economic prosperity as well as energy security of Estonia.