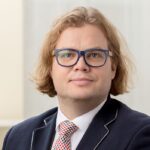 We were lucky that it was Germany’s turn to seek a common position among the 27 countries of the European Union in the second half of 2020, leaving behind a year of an entirely new kind of crisis in the history of the Union with few political wounds. By comparison, the Estonian presidency of the European Council in 2017, confused by the Brexit turmoil, seems like a walk in the park.

It is, of course, up to the observer to assess whether the trade deals eventually reached between the world’s largest and fifth-largest economies—China and the United Kingdom—are significant, or whether vaccine unity, a climate-neutral “climate law” and the largest crisis package for the economy in history (around two trillion euros) are good; but they are undoubtedly remarkable, precedent-setting achievements that will have major impacts.

At the beginning of this year, Germany passed the baton of the presidency to Portugal. History shows that the previous German and Portuguese presidencies, in 2007, were quite meaningful: the Germans thawed out the text of the Constitutional Treaty from the political freezer and, on the basis of this preparatory work, the Portuguese managed to achieve the Lisbon Treaty, which governs EU affairs to this day.

Some will also remember how energy cooperation was more closely incorporated into the EU treaty thanks to pressure from the Central and Eastern European countries. It is now good to compare the progress that has been made in this area since 2007 and the major developments in the energy sector in tackling climate change.

In hindsight, 2007 was also a time when a stronger legal basis for public health could have been created. However, the EU is not ready for this and, after a long delay, consultations with citizens should finally begin in the first half of this year. It is possible that people will then confirm the desire expressed in opinion polls for EU countries to cooperate more in the field of health and to allow medicines, vaccines, medical devices and related innovations to reach all member states equally quickly.

In Estonia, these discussions take place in the run-up to local elections, and we hope that this will also increase interest in European policy, because many of the desired changes should take place at the local level.

The Clock is Ticking Mercilessly

This time, the Portuguese will not have as demanding a political task as the reform of the Treaty on their hands, but the burden of responsibility is still considerable. Undoubtedly, efforts must be made to ensure that we can embark on a recovery from the health crisis to overcome it without undue delay. It is a minor miracle that selfishness did not prevail and vaccines are arriving equally in the member states, large and small, rich and poor. It turns out that solidarity is both an important value and enlightened self-interest.

Exiting the health crisis is this year’s most important issue for all EU countries, including Estonia. It is also possible—thanks in particular to the efforts of Germany, but also those of the heads of the European institutions—to start with the first long-term general budget after Brexit, to which will be added a historically large crisis facility.

Portugal also needs to conclude deals on the funds in the budget: for example, there is still no final agreement on the financing of Rail Baltic. In addition, much of the work of finance ministers is devoted to assessing member states’ reforms and investments and approving relaunch plans. And this is a very urgent matter, because the three-year timeframe when the facility can be used has already begun (another three years will be available for implementation).

The choice of reforms and investments is a political decision. It is true that at least 20% and 37% of investments must go to digital transformation and green transition respectively, while Estonia’s work so far has been based on the premise that all European funds should be used to help finance the needs and investments of the long-term national strategy “Estonia 2035”. Alongside reforms and investments, extensive legislation is expected on, among other things, how to achieve climate neutrality by 2050, introduce a circular economy and preserve biodiversity.

In addition to withdrawing from oil shale and using biomass for energy, Estonia faces the challenge of finding a generally less wasteful economic model. But there are opportunities in every challenge; this one presents a knowledge-intensive growth strategy and a significant technological change.

On the Crest of Change

Despite the coronavirus crisis, long-term challenges in the EU were not overlooked . At the end of 2020, Europe was once again able to capture the spirit of the times.

The European Data Protection Regulation (GDPR) became the global standard for data protection overnight a few years ago, and the long-awaited body of legislation on the platform economy, social media, the online giants, data and the digital internal market is about to do the same.

The response of the social media giants to amplifying the developments that occurred in the context of the US presidential election has led to both stormy acceptance and outrage, as well as a clear realisation that we are currently completely controlled by the platform business model or by beliefs and the playing field has tilted. However, platforming and the corresponding regulation do not only affect the large social media giants; they are a broader phenomenon in the economy and therefore deserve attention in both existing areas and those only now being digitalised.

From Estonia’s point of view, we expect the trend towards the free movement and sectoral use of data to continue. Digital protectionism cannot be the solution. A comprehensive, large and deep market for digital services must eventually emerge, producing European unicorns in many walks of life and competing with the different information society models around the world.

This year, we are certainly looking forward to a European digital identity initiative, so that, in addition to convenience services such as shopping, there is safer access to high-value services that can move freely and at low transaction costs. Portugal also considers it essential that the path of technological change involves more vulnerable groups in society.

Talks to reorganise and strengthen the Schengen area without internal borders lie ahead in the autumn. This is necessary not only because of the disruptions caused by the health crisis, but also, among other things, because of the lengthy reform of the asylum system. It is important for Estonia that society’s resilience and resistance to crises is an essential part of every policy, that the external border is protected and built to the same high standards everywhere (including the eastern border), and that the lessons of the health crisis are reflected in the rules to make the Schengen area more crisis-resistant.

And, of course, the new year highlights the relaunch of relations with the United States, with which we share values and close security relations, but with which we must also find common ground in renewing multilateralism, streamlining the digital and data spheres and combating climate change. Expectations are exceptionally high.