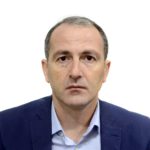 Twelve years have passed since the Russo-Georgian war of August 2008. That is more than enough time to assess its major consequences not only for Georgia but also on a broader scale.

Since then, Moscow’s policy has become even more assertive in seeking to restore exclusive control over its neighbours, leading to the annexation of Crimea and the military intervention in the eastern part of Ukraine in 2014, which continues to this day.

But Russia’s aggressiveness is not restricted to its own neighbourhood. Moscow’s assertive policy has extended far from its borders to targeting the West. Nor is this a novelty. Indeed, one of the primary objectives of the 2008 action against Georgia was to prevent NATO expansion, which is a clear indication of Russia’s negative attitude towards the West. The only difference is that today more Western countries acknowledge and speak out openly and directly about Russia’s aggressive plans, even reflecting this in their official documents. The latest example of this is the report on Russia by the Intelligence and Security Committee of the UK Parliament, which clearly defines Russia’s foreign policy missions and goals.

Russia seems to see foreign policy as a zero-sum game: any actions it can take which damage the West are fundamentally good for Russia. It is also seemingly fed by paranoia, believing that Western institutions such as NATO and the EU have a far more aggressive posture towards it than they do in reality. There is also a sense that Russia believes that an undemocratic “might is right” world order plays to its strengths, which leads it to seek to undermine the Rules Based International Order – whilst nonetheless benefitting from its membership of international political and economic institutions.[1]

Thus, in order to draw the correct conclusions it is in the context of Russia’s confrontation with the West that we must consider its military aggression against Georgia and review its main consequences.

Russian Military Aggression in the Context of Georgia’s Western aspirations

Russia’s military intervention in Georgia did not stop in August 2008 with the occupation of Abkhazia and the Tskhinvali region [South Ossetia]. A creeping occupation is still under way. Russian occupying forces have been erecting barbed wire and fences along the areas’ administrative borders since 2011. Ordinary citizens suffer from this policy almost every day as their freedom of movement is restricted and they are deprived of access to ancestral property and farmland as these remain beyond the line as a result of the insidious occupation.

However, in the context of Russia’s rivalry with the West, the following aspect should be taken into account. Through its actions Russia aims to promote a sense of instability within Georgian society and to demonstrate that the West is incapable of preventing its activities. Denying the EU monitoring mission access to the occupied areas, despite its mandate being valid throughout Georgia, is part of the same scenario.

International discussions in Geneva, ongoing since October 2008, have brought few results, if any. Against this backdrop, high-ranking Russian politicians are ever-more outspoken in encouraging the Georgian government to engage in direct negotiations with Moscow. Starting such negotiations would strengthen Moscow’s hand in claiming that Georgia had become accustomed to the occupation of its territory, had given up hope that Western support would yield any positive change and, subsequently, had changed its foreign-policy agenda.

A similar assumption could be applied to the idea of Georgia joining NATO. It is tremendously important that NATO summit declarations reiterate the formulation used at the Bucharest summit of 2008, which stated that “MAP [Membership Action Plan] is the next step for … Georgia on [its] direct way to membership”. It is also crucial that the 2014 Wales summit endorsed the Substantial NATO-Georgia Package (SNGP), “a set of measures and initiatives aimed at strengthening Georgia’s defence capabilities and developing closer security cooperation and interoperability with NATO Members”. However, Georgia’s integration into NATO has been stalled for a very long time, meaning that Russia has essentially achieved one of the objectives of its 2008 military aggression—to underline the West’s weakness.

Against this background, it is hardly surprising that, as in Western countries, Russian propaganda is gaining momentum in Georgia. According to the latest annual report by the Media Development Foundation, “[s]imilar to previous years, the 2019 media monitoring showed an upward trend in anti-Western messages with the indicator of increase having doubled in the past four years”. [2]

Despite all Russia’s efforts, support in Georgia for the country to join NATO and the EU has remained high over the years. According to the latest poll, for membership of the EU it currently stands at 76%, and for NATO it is 69%.[3] Those numbers are higher than in many existing EU and NATO member states.

To sum up, in Georgia and many Western countries Moscow is trying to present Russia’s positive side, while discrediting the West. Looking at Russian propaganda in general, three main objectives can be seen:

What Should We Expect?

Russia has not stopped its fight against Georgia because, from the Kremlin’s point of view, the end result should be a change in Tbilisi’s pro-Western direction and the restoration of Moscow’s exclusive control over the country. The 2008 military aggression allowed Moscow to further increase its presence in the occupied areas of Georgia and strengthen its control over the ongoing processes there. The past 12 years have made clear that the “independence” of Abkhazia and the Tskhinvali region is nothing more than a chimera. During this time Moscow has been trying to completely absorb these Georgian territories into the Russian Federation, which would ultimately result in their annexation, similar to what happened in Crimea.

Russia clearly does not intend to reverse its policy towards either Georgia or the West, as its goal has not yet been achieved. Under these circumstances, Western policy vis-à-vis Russia becomes even more important. Since the 2008 military action, the soft Western approach towards Russia has been seen to be counterproductive. Specifically, it encouraged Russia to pursue a new military adventure, resulting in the annexation of Crimea and illegal action in eastern Ukraine. That is why maintaining sanctions against Russia seems the only reasonable policy for the time being.

Notwithstanding growing pressure from Russia, Georgia should stick faithfully to its path towards European and transatlantic integration. It is important to implement a proactive policy and bring new initiatives to the forefront, which will give a new impetus to the process. Only close cooperation with partner states, further democratisation in Georgia and sustainable economic growth will guarantee the preservation of Georgia’s sovereignty and make it possible to restore its territorial integrity.

[3] “Public Attitudes in Georgia: Results of June 2020 survey”, carried out for the National Democratic Institute by CRRC Georgia, www.ndi.org/sites/default/files/NDI%20Georgia%20Po….