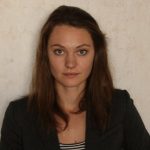 The Russian disinformation campaigns in the West have been the subject of substantial political and media attention, especially around recent elections, but the lack of real empirical data makes any investigation of the impact or implementation of these campaigns difficult.

Part of the problem is being able to prove what content was made by Russians, as disinformation often is shared so quickly it becomes difficult to track back to the source.  The U.S. Special Counsel Mueller investigation and the U.S. House Intelligence Committee provided a unique opportunity by naming and publicly releasing the Facebook ads created by the Russian Internet Research Agency. A collection can be found from the New York Times.

By looking the Facebook ads that the Kremlin-sponsored it is possible to find some concrete answers about the specific disinformation operation efforts.  This analysis focused on who the targets were, why they were targeted, and how were they targeted.  In the end, it was possible to identify three different strategies, that were used in the lead up to the U.S. Presidential election.

The first case shows the most expected approach in Russian disinformation.  It targets a right-wing group, by appearing to be an insider. In this case it was a ‘Defend the 2nd’ group.  The ad shows high caliber bullets, and says it is a group for ‘2nd Amendment supporters, gun lovers and patriots.’ This tactic is not new, Russia has targeted this type of groups before, paramilitary or anti-government groups are a logical target to support when trying to weaken a foreign state.

The NRA was an attractive target for a couple of reasons, they are already politically active, meaning that they do not need to be motivated into action. Second, there is already a strong community and structure within the NRA meaning that information would be shared quickly.

This answer the who, and why questions, but not the how.  The how can be answered with rhetoric theory, or more simply, by looking at what language and symbols were used in the ad.  In this first case, the most obvious was propaganda. The ad used already established symbols and values, to manipulate the reader. It combined the powerful connotations of ‘patriot’ with high caliber bullets, to establish an identity, that needed to be protected.  The unspoken message is clear, it is the government that is attacking their identity, and if you are a patriot you need to defend the second amendment from the government.

The second case targeted two civil society groups and tried to increase the hatred between them.  The first ad is for ‘Blacktivist’ which appears to be a blacks rights group, and the second ad is for ‘Being Patriotic’ a group promoting Blue Lives a movement for police rights that was created as a reaction to Black Lives Matter. The Blacktivist ad appears to be promoting action, by using the symbolism of the Black Panthers. While the Being Patriotic ad blames Black Lives Matter for the death of 11 police officers.  Both of these ads use the techniques of populism to spread their message, they create a strong mentality of us versus them, that is useful to foster a strong group identity. The information and facts do not need to be true, because they appeal so strongly to emotion instead of logic. This answers who and how, but the why is aways the most interesting.

The tactic of setting two groups against each other is something that is not unknown in PSYOPS, but fairly new to the Russian tool box, most of their previous campaigns have been focused against the core. For example, past efforts have focused substantially on   supporting anti-government, or anti-EU messages. This strategy of supporting two groups against each other has the potential to be much more destructive, and harder to counter or identify. What Russian has to gain by weakening American civil society is a subject that another blog post can handle, but this analysis found internationally Russia would benefit from a destabilized United States, and internally strengthen the Russia disinformation, that constantly tries to promote the narrative that the west is crumbling.

The final case looked at something quite different from almost all instances of disinformation.  The ad was promoting an LGBT group and showed a page of a brightly coloured colouring book, with Bernie Sanders in a Speedo in a super hero pose.  The who, is very easy to answer in this, the LGBT community in the United States is very large and politically active, swaying their vote would be important in any election.  The how is also fairly easily explained, using propaganda theory.  People can be manipulated if you show them something that they want to believe in.  With all the negative media coverage, an upbeat, colourful Bernie hero is a symbol that many people would have wanted to believe in.  However, that still leaves that question of why.

The analysis found a couple of explanations, but they all are based on the same idea of dividing the American society.  The first explanation is based on the second case, that the end goal would be to set the LGBT community against the religious community, this is supported by other LGBT ads that tried to create protests against the Westboro Baptist Church.  The second explanation could be that the Kremlin was using Bernie Sanders to draw votes away from Hillary Clinton, this is also supported by other paid ads, the showed Bernie against Hillary.  Finally, it could just be that Russia was looking for any possible way to created division and increase the social tension in the United States.  Using any group or movement it could find to try and undermine American civil society.

This examination of Russian-linked Facebook ads only scratches the surface of the disinformation campaign, there are many different platforms, and many different means to spread disinformation.  However, it does give an interesting look at the wide range of narratives that Russia tried to support.  This will be helpful in the future to try and identify Russian interference, we can not be just looking for one strategic goal or one message, but instead must be aware of all.