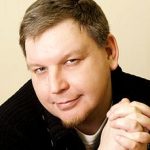 Russian President Vladimir Putin interprets the nation not as a civil phenomenon, but as an ethno-religious community. This imperial mentality is incompatible with modern international law and is dangerous for all of Russia’s neighbours.

On July 12, Putin published an article “On the Historical Unity of Russians and Ukrainians.” Despite the fact that the article is addressed to the residents of Ukraine, not a single Ukrainian media outlet has published it. This is a significant difference with previous articles by Putin, which were eagerly published in the US magazine The National Interest and in the German newspaper Die Zeit. But in this case, the article (in Russian and Ukrainian versions) appeared only on the Kremlin’s website.

The Kremlin “Tsar” Proposes to Live in the Past

Ukrainians, who have resisted Russian aggression for seven years, would find it strange if a propaganda article by the head of the aggressor country was published in a Kyiv newspaper. It would be akin to the appearance of Joseph Stalin’s article in the Helsingin Sanomat during the Winter War. The impossibility of such a situation today demonstrates that there is no unity between Russians and Ukrainians, regardless of how much Putin insists on it. Moreover, with the annexation of Crimea and invasion of the eastern regions of Ukraine in 2014, Putin himself destroyed all remnants of “brotherly relations.”

Of course, this is not a question of ethnicity but of citizenship. For example, among the citizens of Russia there are ethnic Ukrainians who support Kremlin policies, and vice versa, there are many ethnic Russians in Ukraine who defend their country from the Kremlin invasion. The legal system of the modern world operates with categories of citizenship. However, Putin ignores it in his article and refers exclusively to ethnic history, hijacking it to justify the need for imperial unity of Russians and Ukrainians.

Putin interprets the nation not as a civil phenomenon, but as an ethno-religious community. This throws his discourse back into ancient history and makes him conservatively believe that the East Slavic community has remained unchanged almost since the time of Rurik, despite many changes. Analogously, after the British and Spanish empires, many new countries appeared on the world map, but today in London and Madrid no one considers them as “one people”.

The President of Russia calls today’s Ukraine “our historical territory” although it would be more correct if the Ukrainians called the region of Muscovy “ours”, since initially it was ruled by the Kyiv princes. Modern Ukraine does not lay claim to this territory, because it recognizes the state borders that have developed since then. However, Putin is “stuck” in imperial history and views modernity from the medieval Muscovy, which later became the Russian Empire.

Putin has long expressed sympathy for the Russian Empire and his new article vividly manifests this worldview. He sees the current Russian Federation, not as a new state that emerged after the collapse of the USSR, but as a direct continuation of the Russian Empire. Therefore, he likely sees himself as the emperor who lifted all restrictions from presidential terms. Therefore, the current borders of Russia seem to him “unfairly cut”, and he considers the independence of all other post-Soviet countries to be very conditional.

The Russian president criticizes the historical Bolsheviks for a step that was one of their few progressive ones – the division of the former empire into republics. However, he has no complaints about Bolshevik totalitarianism and the Gulag. His historical ideal is the Stalinist era; republics were technically preserved, but in fact a centralized empire was restored. Putinism is a synthesis of the tsarist and Soviet empires, when monuments to the tsars are erected in today’s Russia, but in offices of the FSB, portraits of the main Chekist, Felix Dzerzhinsky, still hang.

The current policy of the Kremlin is focused on the restoration of the empire. Everyone who is against this is called a “Russophobe” and a participant in the “anti-Russian” project. This idea captivated Putin so much that a day after his article was published, he gave an additional interview on this topic. Everything there is turned inside out, which is typical for Putin – he claims that the reason for the current escalation is not that Russia invaded Ukraine, but that the whole world has become “anti-Russian” when it criticizes the Kremlin for its aggressive policy.

What Does Messianism Lead to?

Putin basically denies any self-management of the post-Soviet countries. If they pursue a sovereign policy that does not coincide with the interests of the Kremlin, he accuses them of being “under the external control of the West.” He claims that Ukraine and other post-Soviet countries can be sovereign “only in an alliance with Russia.” However, it is enough to look at the current state of the republics that remained in Russia (Karelia, Tatarstan, Yakutia, etc.) They declared their sovereignty back in 1990, but now lack the freedom to choose their power, their economies are subordinated to Moscow corporations, and even their languages ​​are virtually deprived of state status.

While Ukraine will never agree to an alliance with Russia, Putin continues to state the imperial narrative, ignoring the mutual borders recognition treaties of the 1990s. Apparently, he does not realize that by doing so he opens the “Pandora’s box”, as the borders of Russia may also be questioned by some strong neighbor – for example, China, which considers the Far Eastern territories historically to be its own.

When discussing the emergence of the USSR in 1922, Putin declares that other republics received their territories “at the expense of Russia” and proposes to revise the post-Soviet borders between them. However, the Russian Soviet Federated Socialist Republic at that time did not have the city of Taganrog (it belonged to the Ukrainian SSR), the present Kaliningrad region was then the German East Prussia, the city of Vyborg belonged to Finland, Pechora and Ivangorod belonged to Estonia, South Sakhalin and the Kuril Islands belonged to Japan. Is Putin ready to return these territories to their historical owners?

The imperial mentality that Putin pursues in his articles is incompatible with modern international law and is dangerous for all of Russia’s neighbours; it will cause inevitable conflicts. Putin is very much afraid of Ukraine joining NATO but does not understand that by threatening Ukraine and the Alliance he increases the desire of its citizens to join the Alliance.

And since Putin is so immersed in history, it will probably be useful to remind him of the fate of one figure of the twentieth century, who also believed that Germany and Austria are “one country and one people.” But his messianism ended badly for the whole world.

Filed under: CommentaryTagged with: Russia, Ukraine