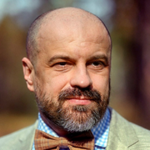 However, when war originally broke out in eastern Ukraine in 2014, with the so-called Donetsk and Luhansk People’s Republics formed there, the General Staff of Ukraine’s Armed Forces decided to establish a territorial defence battalion in each region to act as a “civilian police force’. These battalions were soon sent to the Anti-Terrorist Operation zone, as there was a lack of trained active-duty troops to deploy. However, some territorial defence battalions were unprepared to engage in hostilities; the 5th Territorial Defence Battalion (Ivano-Frankivsk Oblast) abandoned its combat positions. Nonetheless, other battalions earned such an excellent reputation that some were later reorganised into motorised infantry units.

In 2015, Viktor Muzhenko, the Chief of the General Staff, reformed the Territorial Defence Forces and reorganised them into self-defence formations, which resulted in some regions having two formations while others had five. Moreover, the newly formed forces lacked any coherent doctrine, which in turn prompted another change: Ukraine discontinued the self-defence formations and started to set up territorial defence brigades. The goal was to have one brigade per region, and each brigade would have five battalions. The concept of one brigade with five battalions for each region was later abandoned, as Ukraine is not evenly populated.

More legislative initiatives followed, none of them winning enough support among the military experts or among members of parliament (MPs). For instance, one bill outlined a civilian-military command component to be in charge of the Territorial Defence Forces. However, defence policy remained the responsibility of the Armed Forces. Furthermore, a civilian authority in charge of elements of defence would be a severe violation of North Atlantic Treaty Organization standards. A civilian administration may request assistance from the military under martial law, but it must never be in command of the military.

Many more draft bills were tabled, but it was not until 1 January 2022 that the law on territorial defence – the Law on the Foundations of National Resistance – entered into force.

Given that Ukraine has 26 administrative division units, with each supposed to form its own territorial defence brigade, it would be difficult and perhaps ineffective to manage such a network from one headquarters. Therefore, each military administrative zone’s operational command established a regional headquarters for its territorial defence forces. The Territorial Defence Forces now have four regional headquarters: Northern, Eastern, Southern, and Western commands.

The regional commands oversee the territorial defence brigade commanders in each region. The Law stipulates that territorial defence forces have 10,000 active-duty service members under contract. They are reinforced by the passive reserve – that is, civilians who are not part of the active operational reserve and have no combat experience or even no military service experience. The passive reserve are asked to participate in weekend shooting practices at training ranges so that they learn how to use combat weapons and maintain their skills at a satisfactory level.

A territorial defence brigade (3,500 people) incorporates battalions, each up to 600 troops. It took around 2.5 months since 1 January 2022 to bring 25 brigades up to strength. By 24 February 2022, it was estimated that the territorial defence brigades comprised approximately 70,000 partially armed and equipped service members, with volunteers making up the rest of the numbers.

Territorial defence was originally intended as an asymmetrical response to hybrid threats, which is in contrast to the old Soviet approach that integrated the territorial defence forces into the state defence structure. Hybrid threats are to be countered by the security services – the National Guard, the police force, the State Security Service, the State Service of Special Communication and Information Protection – but not by the Defence Ministry.

As of April 2022, the Territorial Defence Forces are tasked with preventing hybrid seizure of Ukrainian cities, which the pro-Russian forces managed to accomplish in 2014. Currently, the principal task is to guarantee that government agencies can continue to function and to assist the National Guard and the National Police Force, which have the same task. This mission has been successful to date. There is factual evidence of territorial defence units single-handedly countering invasion. For instance, the Sumy territorial defence forces destroyed 18 pieces of Russian military equipment and captured other equipment in early March when the Russians attempted to enter one of the towns in the region.

The new Law is devoid of a relevant mechanism to allow members of territorial defence forces to use personal weapons, such as hunting rifles, a fact that contributed to a general confusion in the early days of the war.

Another task of the territorial defence forces is to guard the checkpoints quickly set up on all the main motorways and all the access routes to the cities for the purpose of inspecting vehicles and documents. The checkpoints regulate traffic and prevent suspicious persons from entering cities and towns.

Initially, the checkpoint network was random, especially in the territories affected by the ongoing hostilities. This was a real shortcoming, not least of all because it complicated logistics and humanitarian aid delivery. However, the number of checkpoints has since been adjusted, and a unified system for checkpoint locations in different regions would be beneficial.

Some border areas have benefited from reinforcement of the state border patrol service by the Territorial Defence Forces to assist in securing the borders.

On 24 February, when Russia attempted an assault landing at the Antonov Airport, also known as Hostomel Airport, the local territorial defence forces were the first to engage in combat action, as they were the ones guarding the facility. This allowed enough time for reinforcements from the Ukrainian National Guard and the Armed Forces to arrive and successfully block the Russian troops from entering Kyiv and reaching the area where the government offices are located.

The chaotic distribution of weapons in the early days of the war was a mistake. As the enemy was rapidly advancing towards the capital, not everybody who received weapons was thoroughly checked. There were cases when the territorial defence commands lost contact with some suspicious persons who had received weapons. The distributions issue was, nonetheless, sorted out in a week.