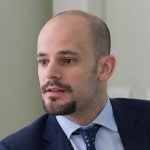 The results of the 2022 U.S. midterm elections may have come as a surprise to some. The anticipated ‘red wave’ was a very close contest, with the Republicans narrowly taking the House and the Democrats maintaining control of the Senate. Polarization has, however, crossed over from purely domestic issues to matters of foreign policy. Not only has this election season set the stage for the 2024 presidential campaign but also carried profound implications for the role of the U.S. globally.

The GOP split between the loyal Trumpists or defenders of—a seemingly less abrasive version of—the ‘America First’ agenda and those Republicans who would rather see the party rid itself of Donald Trump and his most ardent admirers. Competing foreign policies and fault lines to shape ahead of 2024, both within the caucuses and across the aisle, will define the 117th Congress. Regardless of party affiliation, China, Russia, and Ukraine will be the new hot-button topics that score the most political points domestically in the next presidential run.

When it comes to Europe, NATO is the pillar of U.S. policy. This is unlikely to change, even if the ‘America First’ component of the Republican Platform is vocal and critical of the transatlantic alliance, especially when it comes to financial commitments. There are two possible outcomes to expect from the Republican-controlled House: continued aid to Ukraine, albeit with grumbling from the ‘America First’ faction, or stronger pressure on the European allies to do their proportionate share—a rebuke from the isolationists. The ongoing war in Ukraine, and the U.S. role in it, is likely to become a GOP talking point. America’s allies should brace themselves for more inquiries about how aid is used, as well as for a push for Ukraine to negotiate an end to the war, despite Kyiv’s unequivocal condition that any peace deal with Russia is only possible with Vladimir Putin removed from power.

In all likelihood, little will change dramatically; however, the GOP will still try to make it a political issue. Although the most pro-Kremlin elements of the GOP—such as Dana Rohrabacher—may be quiet, they not completely gone, and Trump’s future and legacy within the party are yet unclear. It is unfortunate that some Republicans have already called for cutting aid to Ukraine entirely. While still running for his Senate seat back in February 2022, newly elected, Trump-backed then-candidate J.D. Vance (R-OH) publicly stated that he “does not really care what happens to Ukraine one way or another.”

The real problem, however, is not a known direct connection between the Kremlin and conservative policy-makers and influencers but what one Republican lawmaker calls “the Tucker Carlson effect.” It explains how the Russian disinformation—while not necessarily parroted out of loyalty to the Kremlin—finds its way into the American political mainstream. Regardless of the vehicle, it is dangerous because it undermines the GOP support for Ukraine, the country that is an American ally despite what Rep. Paul Gossar (R-AZ) might say. So much so that other Republicans—including Mike Pompeo, former Secretary of State in the Trump administration—who are more knowledgeable about Ukraine and national security in general, have already made efforts to educate their skeptical colleagues by launching a campaign to ensure that the U.S. remains committed to supporting Ukraine. They may persuade some skeptical Republicans but not the hardcore, ‘America First’ crowd, who believe in the ‘deep state’. Yet, arguably the most telling sign is the prominence of the ‘Three Mikes’—Rep. Mike Turner (R-OH), the lead Republican of the House Permanent Select Committee on Intelligence, Rep. Michael McCaul (R-TX), a senior member of the House Foreign Affairs Committee, and Rep. Mike Rogers (R-AL), a Ranking Member of the House Armed Services Committee—all spearheading the pro-Ukraine effort.

Even if the Republican caucus is divided on Ukraine, and while it is possible for some on the far right of the GOP, such as Rep. Marjorie Taylor Greene (R-GA), to gain influence due to the razor-thin margin in the now-‘red’ House, the party as a whole will not be swayed on this issue. Presumptive Speaker Rep. Kevin McCarthy (R-CA) will attempt a ‘balancing act’ between the establishment Republicans and the pro-Trump faction. A uniform policy stance is unlikely to change, despite some isolationist grumblings. The pro-Ukrainian lawmakers in both parties, as well as the European allies, may breathe a sigh of relief as the GOP-led House settles in for the next two years, until the next presidential election in 2024.

The U.S. foreign policy, however, is not immune to changes, and neither is the Democratic Party, with fractures along the lines of support to Ukraine already hard to ignore. In October, Rep. Pramila Jayapal (D-WA), the Chair of the Congressional Progressive Caucus, withdrew a letter that urged Mr. Biden to pursue diplomacy with Russia after facing backlash from her own party. Progressive Congresswoman Alexandria Ocasio-Cortez (D-NY) angered her constituents with her vote to approve military aid to Ukraine, which protesters in the Bronx  blamed for “starting this war.”

China on the table

On China, the Biden administration has been no less hawkish than Trump. Now, the Republican-controlled Congress would try to ‘out-hawk’ the White House with the support of both factions of the GOP. During the Trump administration, U.S. foreign policy has become an effective cudgel employed by the former President and most loyal political allies to attack his domestic enemies.

Yet, antagonism towards China is as much a GOP position as that of the Democrats and may even force the two parties to compete for leadership. Republicans have repeatedly accused President Biden and his son, Hunter, of too cozy of a relationship with the People’s Republic of China, a talking point they will exploit to fixate domestic attention and attempt—or at least entertain the idea of—an impeachment.

The China focus has domestic aspects, too. The GOP has promised to investigate the origins of the COVID-19 pandemic and will try to link the conspiracy to Dr. Anthony Fauci, Chief Medical Advisor to the President and a scarecrow for the Trump base. Should this occur, it will certainly not help to ease the political tensions between the United States and China. Moreover, the next chairman of the House Foreign Affairs Committee, Michael McCaul, has already endorsed a proactive defense of Taiwan. Citing China’s abuse of technology, purchased from the U.S. to incorporate into its advanced weapon systems, he also focused on bolstering the American tech sector.

Harsh foreign policy rhetoric—be it on China, Russia, Iran, or North Korea—is unlikely to translate into political action in the next two years, as the Democratic control of the Senate will almost certainly shut down any initiative that the Republican-led House attempts to pass.

Depending on how influential and combative the pro-Trump faction is in the House, the Biden administration might respond to being hobbled on domestic endeavors by shifting focus toward foreign policy. Saudi Arabia is likely to further split Congress along party lines. Albeit sharing the bipartisan frustration, the Republicans primarily criticize President Biden’s failure to negotiate oil prices with Crown Prince Mohammed bin Salman, while the Democrats highlight the pervasive human rights violations in the Kingdom and the Crown Prince’s conflicting role in the region. So far, lawmakers from both parties have limited themselves to harsh rhetoric and stopped short of action.

Congressional theatrics, however, will set the stage for the next presidential run and the final referendum on Donald Trump’s future as the GOP kingmaker. Trump’s most popular rival within the Republican Party, Florida Governor Ron DeSantis, has not yet made much known about his policies. Aside from being pro-Israel, he only spoke about what he stands against, such as the Iran nuclear agreement (JCPOA), and primarily limited his attention to domestic issues. The most pugnacious stance on Iran wins voters from both camps within the GOP. With the largest anti-government protests following the death of Mahsa Amini ongoing throughout the Islamic Republic, the Democrats can capitalize on the Ayatollah regime’s repressions and human rights violations, but so can Republicans. Republicans—and especially the pro-Trump faction—will also use the Iran nuclear agreement as a bat and run with it to pick at what they perceive as a weak foreign policy from the Biden administration, as well as a legacy from the Obama administration.

With the fate of the party leadership uncertain, Rep. Kevin McCarthy, the presumptive Speaker, will have to determine which direction the party will take in the next Congress by deciding what initiative makes it to the House floor for a vote. Rep. McCarthy has occasionally aligned with the MAGA crowd by expressing criticism of funding for Ukraine and hesitancy to write a “blank check.” Rep. McCarthy himself claimed his comment was taken out of context, while this stance should be interpreted as the new congressional majority exercising government oversight. It, nevertheless, raises a question as to whether this is a ‘new moderate’ position, a ‘balancing act’ to appease the isolationist, ‘America First’ caucus, a cautious policy preference, an appeal for more transparency from the Biden administration, or a combination of the above.

So far, the MAGA faction has not been kind to Kevin McCarthy and his bid for the Speaker of the United States House of Representatives. Having already voiced their disapproval, they might exploit some foreign policy issues to rally further opposition to his candidacy. For instance, Rep. Matt Gaetz (R-FL) tweeted, “Kevin McCarthy had dinner with Hunter Biden at a state dinner with Macron to rally for more US aid to Ukraine. He should not be Speaker.” In the Senate, however, Senate Minority Leader Mitch McConnell (R-KY), highly unpopular with the MAGA crowd, has advocated for a ‘business-as-usual’ foreign policy to continue as the GOP (perhaps) moves further away from Donald Trump. The MAGA ire is most likely to stay primary on the political establishment in Washington.

The question is not so much about the content of the foreign policy that the GOP will pursue, but whether they will cooperate with the Biden administration (and to what extent). A few things are, nonetheless, clear as of today: China will be on the radar for both parties, while Ukraine will be a point of contention, with Republicans pressuring the European allies to do more. It is noteworthy that there are at least two camps within the GOP that are skeptical of sending further aid to Ukraine. The first one is simply reluctant to allocate large sums of money to a foreign country, while there are domestic issues that require attention. The second camp, however, believes in the isolationist ideology. Yet, aid to Ukraine is projected to continue as is—with minor changes if any at all.

What remains to be seen is whether the Democrat-held Senate and White House will be able to continue with their foreign policy agenda, risk being thwarted by the GOP-controlled House, or manage to agree with the Republicans on a (mostly) bipartisan outlook, even if for partisan reasons.