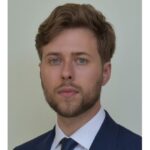 The path to net zero is going to be one of the most arduous tasks of this century. A complete transformation of the energy sector will be required to keep global temperatures in check. This is true in the Baltic states as it is everywhere else in the world.

However, while the environmental advantages of the clean energy transition are fairly obvious, its strategic implications may at times go unseen. The shift from fossil fuels to renewables holds the potential to strengthen the energy supply security of the Baltics and also make them less dependent on energy imports.

The Baltic states have so far done an admirable job to strengthen their energy security through investments in liquefied natural gas import terminals, pipelines, interconnectors and everything in between. Yet, despite these and other efforts, the Baltics are still reliant on countries like Russia for much of their energy needs.

In 2020, for example, Russia accounted for over 75% of Estonia’s and Latvia’s, and just under half of Lithuania’s natural gas demand. Meanwhile, the region’s only oil refinery and the main provider of liquid fuels in the Baltics (from diesel to kerosene) — the Lithuania-based “Orlen Lietuva” — got the bulk of its crude from Russia.

This does not mean the Baltics lack sufficient energy infrastructure or alternative import routes. It is due to simple geography that Russian oil and natural gas usually have a competitive advantage over energy supplies from the Americas, Africa, the Middle East or anywhere else.

Fortunately, by accelerating the clean energy transition and reducing their demand for fossil fuels, the Baltics can wholly bypass the constraints of geography and cut their reliance on Russian energy supplies for good.

The Baltics are well equipped to shift to a low-carbon future as all three countries have major plans for renewables. Lithuania, for instance, plans to have at least 700 megawatts (MW) of offshore wind farms in operation by 2030, whereas Latvia and Estonia are eying similar projects in the Gulf of Riga and near the island of Saaremaa.

In fact, these developments represent but a tiny fraction of the total renewable energy potential of the Baltics. According to one EU-led study on Baltic offshore wind energy cooperation, by 2050 Lithuania’s offshore wind production potential could be as high as 4.5 gigawatts (GW), Estonia’s up to 7 GW and Latvia’s up to a whopping 15.5 GW. Once onshore wind, solar energy and other renewables are also added into the mix, the overall renewable energy potential of the Baltics becomes truly immense.

Moreover, in the near future the Baltics could also take some of this newfound electricity and transform it into green hydrogen using a process known as electrolysis. In turn, this hydrogen could compliment other energy storage systems (like grid-scale lithium-ion batteries) or be used directly as a fuel. If need be, hydrogen could also be transformed into synthetic fuels like e-kerosene, e-methanol or e-ammonia to decarbonise hard-to-abate sectors such as heavy-duty transportation or manufacturing.

An added benefit of expanding clean energy investments is that renewables are less prone to sudden price fluctuations. Solar and wind electricity prices are generally quite stable and, unlike fossil fuels, much less vulnerable to disruptions in production and transport. Once the renewable energy infrastructure is built, all it needs is the sun or the wind.

But the clean energy transition will be neither easy nor cheap. The costs of all the necessary infrastructure will likely run into the tens of billions, will take many years to build and the challenges of power intermittency have yet to be addressed. It will also be some time before cheap and abundant renewable electricity will allow synthetic fuels to compete with regular fossil-based fuels.

On top of that, neither wind turbines, nor solar cells grow on trees. Both of these technologies require long supply chains and some of their components rely on critical materials that are either mined or refined in China, thereby raising some concerns about their future availability.

Nevertheless, the path to net zero presents the Baltic states with an unprecedented opportunity to reshape the region’s energy geopolitics. By doubling down on the deployment of renewables and embracing innovative energy technologies the leaders of the Baltics can hit two birds with one stone. Not only they can cut greenhouse gas emissions and help fight climate change, but also make the Baltics truly energy independent.

The views expressed in this article are the author’s own and are contributed in a purely personal capacity.