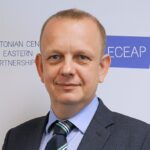 2020 was a shocking year for the European Union’s eastern partners: the Belarusian authorities have been using systematic violence against peaceful protesters for five months; Armenia and Azerbaijan fought a war over Nagorno-Karabakh at the end of the year; Georgia, Moldova and Ukraine have tried to stay more or less on the reform path; and all six were severely ravaged by the coronavirus. At the same time, both the EU and the partner countries have been discussing the development of the Eastern Partnership in its second decade.

The Eastern Partnership (EaP) became the framework for relations with the EU’s eastern neighbours in 2009. Georgia, Moldova and Ukraine, which have carried out the most reforms and have more serious ambitions for European integration, have association agreements with the EU, of which free trade agreements are a central part. This has increased their exports of goods and services to the EU: two thirds of Moldova’s exports, more than 40% of Ukraine’s and almost 30% of Georgia’s go to the EU. A good example is the wine industries of these three countries: the collapse of a large, undemanding market due to a boycott by Russia has led to a sharp improvement in wine quality and rapidly growing exports to Europe, which boosts not only export revenues but also national pride in the new achievements.

The citizens of these three countries can now travel visa-free to EU countries, which broadens people’s horizons; until recently, a large proportion of Ukrainians had never left their home oblast. The EU’s Erasmus+ programme has enabled tens of thousands of students from EaP countries to study at EU universities. It is true that millions of people have gone to work abroad and the resulting brain drain is among the most serious problems but, as we have seen in Estonia, workers acquire new skills and a different work ethic abroad, which will add impetus and efficiency to the domestic economy once they return home. EaP countries are also more physically connected to the EU now; their main transit routes have been drawn on the maps of the EU’s trans-European transport network TEN-T, which also allows their development to be supported from the EU budget. Today (or at least again after the end of the pandemic), Ukrainians can choose between dozens of cheap flights to Europe, a rail connection is available to Poland, and the quality of the roads leading to the border is improving (even if border crossing still takes a lot of time, but hopefully Estonia can help solve these problems).

The EU and its member states support partner countries’ reforms by sharing experience and funding implementation. They extend support because what is happening in the EU’s eastern neighbourhood has a direct impact on us; if our neighbours fail, it will lead to insecurity on the west side of the border too. If authoritarian and corrupt forces come to power with Russia’s support, this will change the global geopolitical balance to the detriment of democracies. EaP countries were supported with five billion euros from the 2014–20 budget framework. Among other things, funding is conditional: the results of previous reforms must be demonstrated in order to receive support, and this is also the best opportunity for the EU to help partner countries stay on the reform path. Reforms are essential both to improve governance and to revitalise the economy. Going back to the wine example, a few years ago Ukrainian wine producers had to submit almost 80 different documents to obtain a licence, which hindered the entry of new producers and encouraged corruption. The conditions have been considerably simplified and the number of producers is now growing at an explosive rate.

A good example of EU support is assistance to EaP countries in the fight against the coronavirus pandemic. During the first wave of Covid-19 last spring, the EU decided to immediately allocate 65 million euros to EaP countries to fight the virus and to direct one billion euros of previously agreed funding to combat the socioeconomic consequences of the pandemic. In the early days of this year, the foreign ministers of 13 member states, including Estonia, called on the European Commission to support the EaP countries with the vaccine, as the partner countries had not been able to obtain a sufficient level of supplies.

Most of Estonia’s development cooperation funds also goes to EaP countries. Our experience with reforms in the 1990s and beyond is often exactly what the partner countries need. We still have many experts who were at the heart of the reforms and who want to share their experience with their Ukrainian or Georgian colleagues. Cooperation partners often emphasise that Estonian experts consider their needs and offer concrete solutions, rather than just talking about reforms in general. For example, Estonian experts have advised on the general education reform in Georgia, which is largely based on our example. In the current year, the Estonian development cooperation will especially focus on supporting entrepreneurship, innovation and export capacity in the partner countries to help their economies recover as swiftly as possible after the crisis. A good example is the Creative Estonia project in Georgia, which develops the entrepreneurial skills of people affected by the crisis.

In addition to Estonia, the sharing of Estonian know-how in EaP countries is increasingly funded by other countries (e.g. Norway and the US) and international organisations. The Estonian Center of Eastern Partnership has been established to mediate our experience; its experts are advising on the reform of the prosecutor general’s office in Ukraine, the development of local governance in Armenia, Georgia, Moldova and Ukraine, and the fight against misinformation in various regions of Ukraine, among other projects. Estonia’s experience is shared by many others. For example, the e-Government Academy plays a key role in building e-governance in Ukraine, from building a data exchange layer similar to Estonia’s X-tee (X-Road) to introducing local government e-services.

What is the Way Forward?

It is clear that there are still plenty of challenges in the partner countries and that the Eastern Partnership should be further intensified to help address them. Russia’s continuing pressure and propaganda war, the partial occupation of the territory of EaP countries and direct military action in Ukraine make it even more difficult to carry out both political and economic reforms.

To set new goals, the long-postponed Eastern Partnership Summit with the participation of EU and partner-country leaders is planned to be held in the first half of this year, during the Portuguese Presidency of the Council of the EU. As the format of a web meeting does not favour substantive discussions, it is very important that the summit takes place in a physical format, and the vaccine rollout is providing a good basis for this to happen. At the same time, it is clear that agreeing on a summit declaration, as well as further developing the Eastern Partnership, will not be easy given the difficult domestic political situation and relations between some of the EaP countries.

The summit should agree targets for the next ten years. The most important thing is to continue the reforms and the EU’s support for them, but also to integrate partner countries more closely into the EU’s internal market by increasing duty-free import quotas, reducing mobile roaming charges and improving transport connections. To improve access, EaP countries need to continue to embrace EU standards and norms, but above all it is important to implement the rule of law, including the establishment of an independent judiciary, without which it is difficult to see foreign investment growth or strong business development.

It is clear that Georgia, Moldova and Ukraine have greater ambitions and progress towards European integration than Armenia, Azerbaijan and Belarus, and they would like to see their partnership raised to a new level. It is equally important not to forget the others and to involve them as much as possible in the cooperation, which is why we need a flexible format for the future to allow the first group of countries to progress faster while maintaining partnership relations with all the EaP countries. When looking at the long-term prospects of the Eastern Partnership and the Eastern Partners, the possibility of their joining the EU always arises. This prospect is very important for both the Eastern Partners and Estonia, but there is currently no political consensus in the EU to declare it. It is therefore even more important to refer to Article 49 of the Treaty on European Union, which states that any eligible European country may apply for membership. Instead of arguing over the prospects, it makes sense to focus on reforms in the partner countries; as they get closer to meeting the criteria for membership, the whole debate will gain a new perspective.

The new year will not resolve the problems in the EU’s eastern neighbourhood, but we hope to turn a new page in the fight against the coronavirus and restore economic growth; we can continue to support Belarusian civil society in the fight against the repressive regime; and we can help maintain the hard-won peace in the South Caucasus and support Moldova’s new reformist president. By supporting reforms in small steps, we can improve the lives of the citizens of the partner countries and give them hope for a better future.