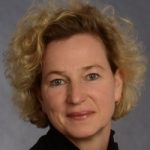 Since its inauguration by 44 heads of state and government during the Czech EU Council Presidency in Prague on 6 October 2022, the European Political Community (EPC) has been discussed and analysed by many political scientists across Europe. There has, of course, been no consensus. Some welcomed the French initiative as the right format at the right time; others criticized it as a non-inclusive, ‘Macron-only’ project. Nearly everyone, however, tried to compare the EPC to the European Union, whose framework and decision-making are in desperate need of institutional reform. In this sense, the EPC has blended into a European and EU enlargement context. Fair enough!

However, there is some value in taking a step back and trying to look at it from a greater distance. The new format appears even more promising when viewed in a global context. This change of perspective neither questions the European Union as the central actor on the continent nor doubts the value of its integration and enlargement processes—they shall proceed with full vigour and determination by all actors involved. Nonetheless, there are at least three main reasons why the EPC shall be recognized to have a broader, international dimension. This perspective recommends both entities develop as complementary to—not conditional on—each other.

First, in his Strasbourg speech on 9 May, French president Emmanuel Macron alluded to a state of ‘geopolitical emergency’ in the EU’s immediate neighbourhood. He attributed it to Russia’s unprovoked attack and full-scale war against Ukraine, as well as the absence of a high-level platform that would include Russia and Belarus. While the European Union and NATO were quick in their unified reaction to condemn and sanction the invasion, wider Europe was missing in action. The Council of Europe—although did respond by expelling the Russian Federation on 16 March—did not make its voice loud and clear in the international arena. In the meantime, the Organisation for Security and Co-operation in Europe (OSCE)—mandated to promote comprehensive security ranging from arms control and border management to migration, youth, and gender equality—is one of the few forums that still tolerate Russia as a member, which limits its room for manoeuvre. The assembly of 44 heads of state and government (all 27 EU member states and 17 states, some of which wish to join the EU and others do not) is in itself a remarkable political symbol: the European community has rejected Russia’s actions, even if some countries are steering a more ambivalent course towards Moscow.

Second, a European high-level forum for political dialogue has been deliberately separated from EU accession policy to overcome the inherent asymmetry that is always at play in the relationship between the EU and a candidate country. The EU enlargement process is largely confined to bilateral dialogue with the EU Commission, whereas the EPC offers a more equal dialogue beyond the EU borders—a feature that is partly missing in the concept of the Union’s Neighbourhood Policy. This separation ensures greater political visibility for all nations on the European continent, including the UK, Switzerland, Liechtenstein, Iceland, and Norway. Likewise, the Western Balkan states gain discernibility beyond their candidacy and another opportunity for diplomatic interaction with the EU at the highest level. With regards to the Caucasus, the first EPC meeting has already contributed to easing tensions between Armenia and Azerbaijan. At a side event on the same day, the members of the EU’s Permanent Structured Cooperation (PESCO), invited the UK to join its Military Mobility (MM) project—a crown jewel in EU defence and security cooperation.

Furthermore, the EPC offers political tools to Ukraine, Moldova, and Georgia, whose final accession to the EU may, realistically, take over a decade. Democratic backsliding and public frustration risk impeding this lengthy and tiring process, as some nations in Southeast Europe have demonstrated. The EPC does not replace the EU enlargement in the grand scheme of things. On a timeline of ten to fifteen years, however, it may be beneficial to integration, at least in the sense of a joint dialogue and security discourse in wider Europe. For instance, the EPC could resolve or mitigate conflicts before the respective countries join the European Union—a lesson learnt from admitting the Republic of Cyprus in 2004.

Third, the EPC fits in the context of global strategic competition and serious challenges to the liberal world order led by multilateral institutions of western provenance. Russia and China, among others, have been promoting their authoritative models of governance and have shown little passion for fundamental freedoms, human rights, or the rule of (international) law. Since 2013, China has exploited the Belt and Road Initiative (BRI) to cast its vision of global connectivity in the Eurasian and African continents in particular. It is here where the fierce competition for political vectors and alliances has long begun. The COVID-19 pandemic and the war against Ukraine exacerbated the rhetorical battles about which kind of society countries will choose to build for themselves. The EPC could strive to maximize the democratic geopolitical alignment, rally the transatlantic partners who share European values, and reduce the members’ susceptibility to authoritarianism. The Chinese 16+1 format in Eastern Europe is one example where the EPC must push back against such malign influence by offering European alternatives for energy and economic connectivity. The EU’s Global Gateway initiative is a step in the right direction and should expand to the EPC’s geographical space.

The European Political Community deserves a global context and a chance to evolve. As long as the EU remains the central actor in Europe, the EPC can bring its strategic vision to life in wider Europe.