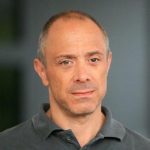 Russia tries to show how the West is in decline.

It isn’t every day that a nation’s top diplomat talks publicly about hedonism.
But that is exactly what Russian foreign minister Sergei Lavrov did at a recent Easter reception in Moscow.
Claiming that “Europe has abandoned its Christian roots,” Lavrov accused Western countries of “spreading pseudo-liberal values, including hedonism and permissiveness”.1
The striking thing about Lavrov’s comments was not that he made them, but how commonplace they were—how closely they conformed to mainstream discourse in Russia.
Watch Russian television, listen to the pundits and the politicians, read the pro-Kremlin media, and the message is clear—the West is in decline; Europe is decadent and rotting; multiculturalism and sexual licence have run amok.
Russia, by contrast, is a tranquil bastion of traditional Christian values where so-called “gay propaganda” is illegal, domestic violence is decriminalised, and the Orthodox Church plays a central role in shaping public policy.
And, just as civilisational rhetoric has become a central feature of the Kremlin’s talking points at home, it has also become the key component of Russia’s much-discussed disinformation campaign against the West.
Russia’s information war against the West is more than just propaganda and more than just disinformation; it’s more than a tactic in a broader non-kinetic assault and it’s more than an effort to distract and confuse—although it is all of these things.
“By systematically assailing the established democracies and the central ideas associated with them,” writes Christopher Walker, executive director of the National Endowment for Democracy’s International Forum for Democratic Studies, Russia “seeks to reshape the manner in which the world thinks about democracy.”2
The West has told a story that the sovereignty of small nations is no less sacrosanct than that of great powers.
At its heart, Russia’s information war on the West is a civilisational challenge. It’s an attempt to undermine, weaken and ultimately unstick the glue that holds Western civilisation together.
It’s essentially an attempt to roll back the Enlightenment.

The Importance of Storytelling

The historian Yuval Noah Harari has written that it is the human race’s ability to tell each other stories, to share collective inter-subjective fictions, to believe in collective myths and legends, that has made civilisation possible.
Because, according to Harari, things like the state, laws, religion, money and corporations truly exist only in our collective imaginations.
They become reified because we believe they are real and we collectively trust in them.
“All large-scale human cooperation is ultimately based on our belief in imagined orders. These are sets of rules that, despite existing only in our imagination, we believe to be real and inviolable as gravity,” Harari writes in his book Homo Deus: A Brief History of Tomorrow.
And for the past three centuries, Western civilisation has told a particularly compelling story.
It has told a story that individuals have rights and those rights are sacrosanct; that the government must be held accountable to the governed; that all citizens are equal before the law; that freedoms of expression, conscience and assembly are fundamental; that judiciaries and legislatures need to be independent of the executive; that diverse societies can balance liberty and equality; and that the sovereignty of small nations is no less sacrosanct than that of great powers.
It is a story, a grand narrative, that has facilitated unprecedented peace and prosperity, and has captured the imaginations of people across the globe.
Vladimir Putin’s Russia, of course, is telling a very different story: that Russia constitutes a distinct and morally superior civilisation, one that is upholding traditional values; that it is surrounded by enemies who seek to undermine these values and only a strong patrimonial leader can protect them; that freedom leads to chaos, that human rights lead to moral deprivation, and that individuals need to be subsumed into the organic whole of the great Russian state; and that Russia has been deceived, betrayed, and unjustly denied its rightful place in the world.
It’s telling a story that the world is more stable when it is run by empires and great powers that lord over spheres of influence.
This is a story, a grand narrative, that has historically led to war, repression and deprivation.
Veteran Kremlin-watcher James Sherr has noted that “what has emerged” in recent years is
not a renewal of blocs in the Cold War sense but two distinct normative systems. The Western system based on rights, including property rights, the sanctity of contracts, and the rule of law. The other system is based on patron-client relationships, the merger of money and power, and the subordination of law to the state.3

The West’s Crisis of Confidence

At the dawn of the 21st century, the Western narrative was not only ascendant, it also appeared unassailable as liberal democratic governance spread to every corner of the globe.
More and more people believed in the Western story.
But the history of this century thus far has been that of a multi-front, sustained attack on liberal democracy and the civilisation that sustains it.
This century has also witnessed the greatest crisis of confidence the West has experienced in a generation, as the economic and cultural shocks of globalisation have created a critical mass of alienated and disenfranchised citizens.
Many believe the institutions of liberal democracy are no longer working for them, and they are seeking alternatives.
According to a study in The Journal of Democracy, the share of young Americans who say it is absolutely important to live in a democratic country has dropped from 91% in the 1930s to 57% today.
The terrorist attacks on 11 September 2001 and their aftermath; the Iraq war and subsequent upheaval in the Middle East; the 2008 financial crisis and the subsequent euro crisis and migrant crisis have all fed this narrative.
Suddenly, fewer and fewer people believe in the Western story.
And, as a result, Putin’s Russia saw an opportunity.
Because, despite their desire to send their children to Western schools, launder their money through Western banks, consume Western luxury products, and buy villas in Western resorts, the current Kremlin leadership never bought the Western story.
Schooled in the ideology of the Soviet-era KGB, they saw the Western ascendance at the end of the 20th century as the humiliation and degradation of Russia.
And, socialised in the Darwinian jungle of Russia’s gangster capitalism in the 1990s, they were quick to spot and exploit the West’s moment of weakness.
In 2013, the Kremlin-backed Center for Strategic Communications issued a white paper arguing that Western societies were increasingly divided and that a large constituency “yearn for stability and security, favor traditional family values over feminism and gay rights, and prefer nation-based states rather than multicultural melting pots”.4
The Kremlin, the report argued, could exploit this division and use it to its advantage. It saw an opportunity to subvert the Western story from within.
In his state-of-the nation speech the same year, Putin scornfully derided the West’s “genderless and infertile” liberalism.
The Moscow-based political analyst Aleksandr Morozov wrote at the time that the Kremlin was aiming at “the maximum Putinization of the world” and “the creation of an entirely new hegemony”.5
And thus began what is now known as Russia’s information war on the West, a hybrid and non-kinetic assault that has bombarded us with fake news and disinformation, financed and cheered on fringe xenophobic movements, and turned elections into crises from North America to Europe.
In a speech accepting the Knight of Freedom award in Warsaw last year, former Estonian president Toomas Hendrik Ilves called it “an agenda that is fed by lies and disinformation, by outright bribes and sub-rosa money to far-right and far-left fringe groups, that once were truly fringe but now increasingly encroach upon the mainstream”.6

We are not, of course, in uncharted waters.
The West has endured crises of confidence in the past, in the 1930s and more recently in the 1970s, and emerged stronger from them.
Andrew Michta, Dean of the College of International and Security Studies at the George C. Marshall European Center for Security Studies, wrote recently that
Though challenged by fascism, Nazism, and communism, the West emerged victorious, for when confronted with existential danger, it defaulted to shared, deeply held values and the fervent belief that what its culture and heritage represented were worth fighting, and if necessary even dying, to preserve. The West prevailed then because it was confident that on balance it offered the best set of ideas, values, and principles for others to emulate.7
A big part of the power and resilience of the Western story is its capacity for self-criticism and self-correction.
And that capacity is again being tested.
_______
1 TASS, 18 April 2017.
2 “The New Containment: Undermining Democracy,” World Affairs Journal, May/June 2015. Avaliable at www.worldaffairsjournal.org/article/new-containmen… 3 The Power Vertical podcast, “Containment 2.0”, 16 October 2015.
4 Author’s translation.
5 Author’s translations.
6 Warsaw Security Forum, 27 October 2016. Text available at: www.facebook.com/thilves/posts/10154230335408860?c… 7 Andrew A. Michta, “The Deconstruction of the West”, The American Interest, 12 April 2017.