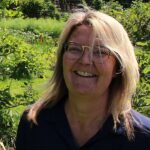 A day or two after the storming of the Capitol in Washington, some of the political debate turned to whether it was right that a private company should be the one silencing president Donald Trump. He lost his Twitter account, and soon most other social media had cancelled his accounts.

In Europe, the very same concerns—the enormous influence that private companies wield over society through social media platforms—had already been acted upon. The proposed Digital Services Act says that the giant platforms are liable for their content, for example when it amplifies disinformation that may constitute a risk to democracy, electoral processes and public security.

In short, with Europe and the US facing an identical problem, European lawmakers are already debating and well on their way to regulating, while their polarised American counterparts are left with action in the courts as the only option. The EU actually works.

This fact has come as something of a surprise to a number of Swedish politicians lately. Sweden has long had a tendency to see the EU through British eyes. On Midsummer’s Eve in 2016, all Swedish commentators on the UK voting to leave EU were deeply upset, with a touch of panic even.

To understand the strength of these feelings, you need to know that, since the day it joined in January 1995, Sweden has said “no” to basically every new EU initiative.

This constant “no” from Sweden has gone almost unnoticed, taking place behind the broad back of the UK; hence the fear among Swedish politicians. Without the UK to shield us, won’t the EU run amok with crazy, expensive and—most likely—protectionist ideas?

Instead, Sweden has discovered, to its surprise, that the EU actually works. The first hint came in 2017 when Donald Trump wobbled on whether he would adhere to NATO commitments. Imagine the dismay in Sweden, not even a NATO member but relying all the more heavily on the US military for its defence as a result.

The EU system was on the case. A commitment to invest in more autonomous European defence capabilities had been made in 2016, PESCO was up and running, the European Defence Agency was strengthened and military free movement was in the planning stages.

In the summer of 2018, Swedish forests were burning, in the north, south, east and west, all at the same time. Sweden’s firefighters were overwhelmed—until EU came through, via its civil protection scheme.

It was a huge relief for the Swedish government when, under pressure from Russia to support Nord Stream II and from China to allow Huawei in its 5G rollout, it was able to respond as an EU member country.

In 2020 it was the Brussels bureaucracy that Sweden turned to at the outset of the pandemic, when the large EU countries wanted to keep protective gear and medical equipment to themselves.

The Swedish government also happily accepted that in June 2020 the European Commission took over the task of selecting which pharmaceutical companies’ research to support, and vaccines to order, for the whole of the EU. In Stockholm people shuddered at the thought that, instead, every EU country might have gone it alone, launching an international race for a vaccine.

True, you had to squeeze hard to get a Swedish commitment to the EU borrowing money in support of an economic recovery fund starting in April 2020. Now you will find prime minister Stefan Löfven defending, with the benefit of hindsight, the logic of a coordinated European recovery, explaining how Sweden stands to gain from this.

This is not a Swedish love affair with the EU. Far from it. It is a slow realisation that, more often than not, the EU actually works for a small country.

Brexit has helped many others than the Swedes realise this fact, not only thanks to the hopelessly ineptly staged departure of the UK. Since June 2016, it has dawned on us that, when the British attack the EU for being protectionist, bureaucratic, inefficient and so on, while they may have a point, they are not defending our interests.

So when we no longer take every British utterance for the absolute truth, what do we see?
We see that, in a chaotic world, through the EU we have a surprisingly robust system for power sharing, with common institutions working for all of its members. This is underpinned by nothing less remarkable than the biggest and richest market in the world.

Oh, we 27 will continue to disagree on many things. But these structural feats will carry the EU through future crises as they hit us.

Brexit has helped us see this more clearly.