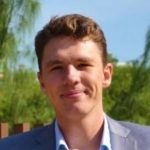 While several troublesome events have shocked Europe in the past weeks, much of the recent geopolitical attention in Asia has fallen to the disputed South China Sea.

The already bitter situation was further intensified on 12 July, when the Hague-based Permanent Court of Arbitration (PCA) issued its long-awaited judgment on a case brought by the Philippines three years ago, questioning China’s rights over the vast, resource rich maritime area, which accommodates trillions worth of trade every year. Rather expectedly, the court ruled in favour of the Philippines, saying China has no legal basis to claim resources within the nine-dash line – demarcation of an area to which China believes to have historic sovereign rights. Furthermore, the international tribunal agreed that China’s expansive land reclamation works on several of the reefs constitute environmental destruction, as well as violate the Philippines’ sovereignty.

Despite the fact that the Chinese government has openly dismissed the judgment and China’s official press agency Xinhua quickly dubbed the tribunal “ill-founded” with no jurisdiction over the case, the ruling remains final and legally binding, as China has ratified the United Nations Convention on the Law of the Sea – under the provisions of which the tribunal itself was founded. As China’s claims in the area collide with five neighbouring governments – the Philippines, Vietnam, Malaysia, Brunei and Taiwan – this precedential ruling puts the country to a highly uncomfortable situation. Such “loss of face”, which next to offended national pride brings huge setbacks for its ambitions to exercise exclusive rights to both natural resources and management of international traffic through the area, has left China with a large wound – the healing of which may turn out to be the most difficult foreign policy challenge the Chinese Communist Party has faced in the recent years.

“We do not claim an inch of land that does not belong to us, but we won’t give up anything that is ours.” (PLA Daily)

The importance of the South China Sea to the Chinese can best be understood by analysing China’s furious reactions to the PCA’s judgment. Perhaps anticipating a negative outcome, the Chinese media was constantly referring to the case as flawed and biased, while a few days prior to the judgment Xinhua further called the tribunal “illegal and ridiculous”. Thus unsurprisingly, the CCTV, the Chinese central television broadcaster, has ever since the released judgment dedicated a vast amount of airtime for expert discussions on the issue, mainly reinforcing the perception that the South China Sea has been inherently Chinese and China should be considered a victim of false proceedings.

Whereas the court said there is no sufficient evidence for China’s historic sovereignty over the region, including the nine-dash line, China believes the right opposite. First of all, imperial China was an unchallenged hegemon in the Asia-Pacific region, while areas, which today belong to the Philippines and other contestants were China’s tributary states. This effectively renders the Chinese believe to have a historically advantaged position, the most obvious evidence of which being the name “South China Sea” itself – the most commonly used term for the area, already labelled by the 16th century Portuguese sailors.
When it comes to the legitimacy of the nine-dash line, the Chinese rely on the fact that the claim is not based on today’s China’s growingly assertive foreign policy, but was already made in 1947 (then eleven-dash line – two dashes were abandoned by giving up the claim for Gulf of Tonkin in favour of Vietnam in 1952) by the Republic of China, without hearing any opposing voices from the neighbours. Intriguingly however, both the Philippine and Vietnamese scholars have recently studied official maps from 17th to 19th century Qing dynasty and one from 12th century Song dynasty, in all of which the southernmost tip of China was marked at Hainan Island, while no significant attention had been given to South China Sea.

As China is unquestionably ready to counter those theories with evidence of their own – such as newspapers from 1920-30s indicating the Japanese acknowledgement of the South China Sea islands belonging to China – perhaps the most irritating element for China in the ruling was the finding that any territorial claims must be made based on maritime entitlements from land features, and not on historic rights. Thus, the outcome was not really based on history of the sea itself, but rather on the issue whether the islands in the sea can officially be considered islands, or merely rocks. The court found that neither the Scarborough Shoal nor any of the Spratly Islands are legally islands, as they cannot facilitate a human community with independent economic activities. Such geographical features are thus rocks, which entitle the sovereign, be it China or anyone else, only to territorial seas of 12 nautical miles, but not to continental shelves or exclusive economic zones of 200 nautical miles, which naturally authorizes the sovereign for much greater economic activities.

Leaving aside the contestation between the Republic of China and the People’s Republic of China, the former Taiwanese president Ma Ying-jeou visited one of the disputed islands in January 2016 and drank water from a local well, demonstrating the capacity for life on the islands and thus questioning the validity of the court’s ruling, which Taiwan has similarly to China vocally rejected. Meanwhile, the Chinese have also drawn attention to the Japanese activities around a 9-square-meter rock of Okinotori 1700 km south of Tokyo, on which the latter has spent millions to physically reinforce it as a basis to claim their own 200 nautical mile exclusive economic zone. So far uncontested, Japan has now discovered itself in a hypocritical position, as it is one of the seven countries openly calling China to respect the PCA’s ruling. This further allows believing that the PCA’s ruling may not have acted as a solution to the dispute, but rather as a beginning to a new set of disagreements.

The Chinese government under two-sided pressure

Other than suffering a blow to its international reputation, the extremely sensitive national pride of the Chinese in questions like this has also subjected the government to great domestic pressure. Indeed, the Chinese media has already launched a slogan “not one dash less”, which further strengthens the understanding that nobody should take the South China Sea away from the Chinese. Even though Xi Jinping has reassured China will defend its sovereignty in the South China Sea, it is not so easy for the government to pick the next course of action.

Obviously, China has rallied for other countries’ support in opposing the ruling. It has claimed the number of such countries to be 60, whereas only 10 have officially confirmed their support. At the same time, leading Western powers like the US, Australia and Canada have called upon China to respect the ruling and invited other countries to take a similar stance. In this light, where yet again China’s standpoint is cardinally different from that of the majority of established powers, it seems the judgment has brought China to confront a larger dilemma: whether to show itself as a country respecting the international rules and prove itself a responsible power, or ignore the existing rules and take more assertive steps.

On the one hand, what speaks for the former option is the fact that China has already “lost face” and in order to “save it”, the country might want to seek for another legal solution that proves them to be right by allowing to raise the point of historic sovereignty, which was dismissed by the PCA. Furthermore, China will be hosting the G20 Summit in September, which should refrain it from taking any provocative steps that may jeopardize the success of the upcoming meeting.

On the other hand, the G20 Summit is only a few months away and it is likely China would turn its verbal attacks into physical reinforcements after its conclusion. This might include further development of the artificial islands over the Scarborough Shoal as well as the Mischief Reef in order to prove that China will not be bound by any arbitrational judgments and thus discourage other contesting governments from filing suits against it. As China has already landed commercial jets and a military jet on one acknowledged occasion on the Spratly Islands, it may further display its power by bringing permanent fighter jets to the artificially created landmass, which would serve as a first step towards closing off the entire airspace of the archipelagos and establishing an air defence identification zone (ADIZ) that would require each of passing aircraft to report its presence to China.

Uncertainties to dominate the future

Overall, the PCA’s ruling has placed China under two-sided pressure. The international community is expecting China to respect the rules of the environment in which it has shown an unprecedentedly successful political and economic growth. Complete rejection of the system, such as withdrawing from the UNCLOS seems unlikely as it could severely harm China’s future interests and negatively impact the image of China’s peaceful, collaborative rise. At the same time, should China remain passive, the domestic community will be sure to show disappointment over the government, thereby harming its legitimacy. Firm and assertive steps, such as gradually growing projection of military power would earn the people’s support, but facilitate a dangerous blow to China’s relations with the international community.

Evidently, there is no easy solution at the Chinese government’s hand. The following months should clarify whether the “piece of waste paper” as the Chinese refer to the PCA’s judgment, will bring stability to the long-contested South China Sea region, or act as the right opposite. If anything is for sure, it is the Chinese people’s perseverance, which has always carried on to their political fights. This allows the author to believe in the latter option, unfortunately meaning that the South China Sea is only beginning to heat up and further uncertainties are expected to arise.