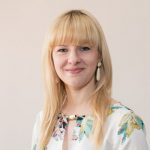 In the middle of the coronavirus pandemic last spring, Edward Elgar Publishing released the Handbook on the Politics of Small States.

This geographical overview of small state politics boasts a global reach and enables us to travel to small countries all over the world with the help of academic research—a bonus for readers due to the worldwide restrictions in place at the time of reading.

The eye-catching cover illustration of chess pawns whose shadow forms a crown exemplifies how small states may fulfil vastly different roles in international relations: some are ignored minor players, others form vital parts of cooperation formats and enjoy royal privileges. Thus, small states may be strategic actors or even key players, should the situation allow.

This volume provides an excellent addition to the fast-developing field of research on small states, being a collection of analyses written by high-level experts.

The editors pose three central questions that various authors strive to answer in their chapters. The first question is about the characteristics of the politics of small states, the second is on the opportunities and challenges that arise through applying certain policies, and the third asks how small states deal with these and the ways in which they use them to their advantage.

The book consists of 24 chapters organised into six parts; most have been written exclusively for this volume (one is a revised version of a previously published piece). In addition to compiling the collection, each editor contributed text: Baldacchino wrote two chapters (“Small states: challenges of political economy” and “Island versus region: the politics of small states in the Caribbean”) and Wivel penned “Small states in Europe”.

Part I provides an introduction to the field of small states: their definition, emergence, periods of bloom and destruction in recent history, and central domestic- and foreign-policy challenges. There is no single, central definition of small states and, as a result, delineating the concept has become part of the research in this field.

However, the editors do not get bogged down in the endless variety of definitions, highlighting three ideal ones (a small state is not a great power; a material assessment; and political constructs) and then suggest their own, “synthetic”, definition. According to Baldacchino and Wivel, a small state is a unit that must have the characteristics of a state but, owing to its limited resources, assumes a weaker position in asymmetric relations that are tied to a specific temporal and geographical context. This definition may be considered the greatest value the book has to offer because it will probably be widely referenced in the future. In general, the collection’s introductory part is quite thorough and sets a well-argued framework, highlighting the central theories and points of departure used in studying small states.

Parts II to V make up the core of the book. Each provides a local overview of policies characteristic of small states in a specific geographical region: Europe, the Middle East and Africa, Central and South America and the Caribbean, and Asia and the Pacific.

Having chosen to base the structure of the book on geography, the editors fail to substantiate their choice. Anders Wivel does mention in his chapter on European small states that most of the countries in Europe are little, but this remains the only connection to justify the geographical structure. Reading the main part of the book, one wonders what was the basis for selecting states from a particular continent. It often seems that the editors’ choices simply correspond to their research topics and the countries do not seem to have been chosen for their relevance.

At the same time, it was refreshing to discover that the editors had given the authors of the chapters free rein in interpreting the collection’s central questions. Some use a comparative approach in analysing the small states of certain regions, such as Roderick Pace in his chapter on Malta and Cyprus.

At the same time, Leslie E. Wehner, for example, has written a thorough analysis on the regional fight for survival in Latin America and skilfully explored in that context small states and their political relations both with one another and with the region’s large states.

Other chapters look at the domestic policy of a region’s small states, e.g. Flemming Splidsboel Hansen’s analysis on post-Soviet Central Asia. To balance chapters on internal policy, there are pieces covering only small states’ foreign policy, like the chapter by Edalina Rodrigues Sanches and Gerhard Seibert on two African island states. These diverse interpretations are a great example of the heterogeneity of this research field.

Coming back to the central structure of the book—the four sections that provide a global overview of the politics of small states by region—not all of the parts are equally good. Unlike the other sections, the one on the Middle East and Africa only includes two chapters, one of which focuses on the experiences of Norway and Sweden in the peace negotiations between Israel and Palestine and could have been discussed in the section on Europe. The section on Africa could be considered one of the book’s shortcomings, as it ignores small states in continental Africa, such as Rwanda, Benin and Eritrea, all of which play an interesting role in regional dynamics.

It is, however, commendable that Estonian researchers have contributed two chapters: Külli Sarapuu and Tiina Randma-Liiv with “Small states: public management and policy-making” and Eiki Berg and Kristel Vits with “Exploring de facto state agency: negotiation power, international engagement and patronage”. Despite this national achievement, the Baltic states are unfortunately not discussed in the Europe section of the collection.

The final part of the book, focusing on non-sovereign territories, de facto states and proto-diplomacies, is a bold choice by the editors. This section stands out because research papers on small states usually highlight their various characteristics, challenges and peculiarities—i.e. they focus on the substance of small countries, and do not dedicate much energy to discussing what is not a small state, with emphasis on the word “state”. Part VI of this book exemplifies how regional jurisdictions (e.g. the Faroe Islands and its free trade agreement with Russia), de facto states (e.g. the existence of Taiwan between continental China and its principal, the US), and proto-diplomacy (e.g. Catalonia’s establishment of representations to international organisations) or how so-called “non-states” create explosive areas between large states, a fact not to be underestimated.

While reading the book, I felt that something was missing. The table of contents solved this mystery: despite the thorough introduction, there is no summary to bind the parts and chapters into a whole, create connections between the states studied, tie theoretical arguments together and provide an insight into the future of small states. As this is a “handbook”, I expected to find short summaries and reading recommendations at the end of each section or chapter. I also expected more graphic elements in a book of this format.

Since the collection includes analyses by many recognised specialists, most of whom provide up-to-date treatments, the book offers valuable reading material for all researchers, students, politicians and diplomats who study small states.