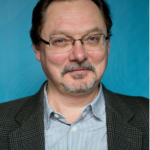 The region can be kept safe through concerted prevention

The question of whether Russia is a revisionist power in the Arctic cannot presently be answered affirmatively, or even definitively. As happens rather too often, Moscow experiments with a bit of both, seeking to gain maximum benefit from upholding the status quo and from attacking the “unfair” West-dominated international order. It is eager to suggest that the High North could be separated from the new confrontation with the West, and at the same time proceeds with building a position of power that gives it little if any political advantage in the Arctic region. The inescapable economic stagnation makes many Russian endeavours in the High North barely sustainable, and the leadership in Moscow is hardly blind to the prospect of diminishing opportunities for projecting power. As the need to deliver “asymmetric responses” to various challenges coming from the West—from the diplomatic pressure caused by the Skripal affair to the US missile strikes in Syria—grows, the Arctic may be viewed in the Kremlin as a theatre where the status quo could be broken with acceptable risks.

Militarisation on a Weak Foundation and Weaker Rationale

The pattern of the build-up in Russia’s military activity and infrastructure in the High North is well established and duly examined. The creation of the new Arctic Strategic Command and the deployment of a new Arctic brigade, the building of a chain of military bases and the design of an A2/AD “bubble” over the Barents area are all developments carefully researched, even if there are still many Western stakeholders in maintaining Arctic cooperation who find it convenient to ignore this fast-progressing militarisation.1 It is still difficult, however, to find a sound rationale for these big investments, which Moscow has continued even as more pressing demands for shrinking resources have emerged, not least in Syria. The mantra about growing threats to Russian interests in the Arctic has been recycled without any attempt to elaborate on the character and intensity of these hypothetical threats.2

An attentive observer can discern signs suggesting that this effort has peaked. The plan for building the second Arctic brigade has been quietly cancelled; the intensity of military exercises (particularly in parallel with the strategic exercise Zapad 2017) has decreased;3 the shipbuilding part of the 2020 Armament programme has registered many failures, and in the 2027 Armament programme the Navy’s claim has been severely cut down, which portends trouble for the overstretched Northern Fleet.4 Defence Minister Shoigu praised the programme of constructing military bases in the north and hinted that it was complete.5 President Vladimir Putin, in his famous 2018 “missile address”, didn’t present any weapon system designed for deployment in the Arctic theatre. These cutbacks and curtails do not as yet amount to breaking the trend of militarising the Russian Arctic, but they show that a reality check with economic stagnation is taking place.

Revisionism is Risky, But the Status Quo Doesn’t Pay

After a loaded pause, in 2017 Moscow returned to pledging its firm commitment to upholding the status quo in the Arctic, staging another “Arctic: Territory of Dialogue” conference with Putin’s speech as the centrepiece. Follow-up statements on developing international cooperation and institutions should not be interpreted as mere camouflage for progressive militarisation; they reflect real stakes in preserving the existing order, which actually ensures Russia’s interests and makes it possible for it to advance a solid legal claim for expanding its territorial shelf.

One problem with the status quo approach is that its premise is eroded by the rapid dynamics of change (including climate change), which brings into the Arctic many new players (China being the most influential) who challenge the privileges of the five littoral states.6 A bigger problem for Russia, however, is that the pattern of economic cooperation with the West, first and foremost in hydrocarbons exploration, is seriously damaged by the sanctions regime. While the export of Russian oil and gas continues uninterrupted, production is affected, and in major projects such as Yamal-LNG Moscow must turn to China as the partner-in-need. This amounts to granting consent to the creeping Chinese revisionism aimed at gaining the status of “near” Arctic power—but also at controlling trade flows along the “Polar Silk Road” and so curtailing the applicability of military policy instruments.

Despite this Chinese warning, policymaking in Moscow is still shaped by the diminishing returns from pursuing the status quo policy and growing temptations to experiment with revisionism. One strong incentive for such experimenting is the contraction of available capabilities, so if the realist theory presumes that declining powers maintain the status quo, Russia could be an exception prompted by the feeling that the best chance for using military force as a continuation of policy may be now. This is certainly a high-risk path, but Moscow has not only shown itself ready to take risks that would seem unacceptable for its European and Arctic neighbours, but also tends to see this readiness as a major political advantage vis-à-vis the risk-averse West.

Three Worst-case Options to be Prevented

It is not too late to dissuade Russia from attempting to find, in a forceful step in the Arctic, an asymmetric response to one or other of the accumulating Western offences. Moscow has so far shown itself reluctant to abandon the commitment to preserving a “zone of peace and cooperation” in the High North, and China could be an important ally in this dissuasion. It is essential, nevertheless, to outline specific scenarios that need to be prevented from unfolding, even if such thinking the unthinkable invites protest from the guardians of common sense.

The first worst-case option is a catastrophic technical failure on a Russian nuclear submarine, and perhaps the “old warhorses” of the Delta IV-class are more reliable than the new generation of Borei-class strategic submarines armed with the Bulava missile, which has a chequered record of testing.7 The resonance of such a disaster could be amplified by a political blame-game. Back in the early2000s, Putin had to mobilise every resource of political will in order to prevail over the admirals, who “suggested” that the Kursk catastrophe was caused by a collision with a hostile NATO submarine. It is not at all certain whether he would even want to question such an explanation in the event of a new emergency.

The second option is a sudden Crimea-style occupation of Svalbard by units of “little green men” using the Russian settlement of Barentsburg as a forward base. Norwegian sovereignty over Svalbard is limited by the Spitsbergen Treaty (1920), which guarantees the demilitarised status of the archipelago and leaves open to interpretation the status of its continental shelf.8 Moscow is keen to exploit this ambivalence and uncertainty, and the Russian defence ministry has even singled out tensions with Norway over the 200-mile zone around Spitsbergen as a potential threat.9 There is hardly any desire for establishing permanent control over Svalbard, and the purpose of a possible “hybrid” operation supported by manoeuvres of the Northern Fleet and enforcement of a no-fly zone would be primarily to test NATO’s resolve and to deepen divisions within the Alliance.

The third option is a resumption of nuclear testing on the Novaya Zemlya test site. Moscow needs to turn the nuclear arsenal, modernised thanks to a huge investment which presently pays scant dividend, into a useful instrument of policy—and a “safe” low-yield explosion is the easiest way to achieve that. An underground explosion would, in fact, be a more “environmentally friendly” event than a test of the nuclear-powered cruise missile that Putin described in his address as having already been test-launched at Novaya Zemlya.10 Sound technical reasons could be presented for justifying testing the reliability of ageing nuclear warheads, which would not, in fact, signify a violation of international rules, since the Comprehensive Test Ban Treaty (CTBT), approved by the UN General Assembly in 1996, has not been ratified by five states that are parties to the Nuclear Non-Proliferation Treaty (NPT), including China and the United States.11

These three options are not alternatives, and could form a sequence, which would constitute a radical departure from the habitual, slowly evolving status quo and turn Russia into a more radical revisionist breaker of the established order than it is in most other regions in its neighbourhood, with the obvious exception of Ukraine/Black Sea. Such a worse-than-bad option should not be seen as probable, but the diminishing rewards for staying on the status quo course and growing domestic pressure on Putin’s regime make a new experiment with power projection more likely. The choice to stage it in the Arctic is preventable—but a concerted prevention is needed, rather than wishful denial, to keep the region safe.

6 Marc Lanteigne and Mingming Shi, “China stakes its claim to the Arctic”, The Diplomat, 29 January 2018, https://thediplomat.com/2018/01/china-stakes-its-claim-to-the-arctic/.

7 The full programme of tests was not completed before combat deployment, and the missile was test-fired only once in 2016 and once in 2017; see “Bulava missile test history” on the blog Russian Strategic Nuclear Forces, http://russianforces.org/navy/slbms/bulava.shtml.