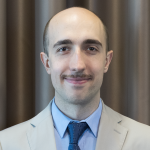 Russia’s full-scale war on Ukraine is a collective enterprise involving all levels of power in Putin’s regime. From high-level officials planning at the top, to bureaucrats implementing policies at the bottom, collaboration along the hierarchy has enabled this disastrous war. One essential link in this chain are Russia’s governors. Russia’s eighty-three federal states are diverse in their administrative status, and in their cultural and economic profile, but their leaders are all part of a system that is meant to facilitate the federalisation of the Kremlin’s policies. The war is no different. What has been their role in the war? How have they facilitated Russia’s Ukraine invasion? This report describes and analyses the ways Russian governors have contributed to the war, drawing implications for policymakers.