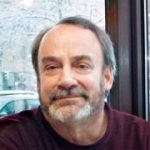 Lighting a match in a gas-filled room may be enough

Although Vladimir Putin strengthens his grip through spectacles and the demonstration of power, the system he heads is gradually becoming more fragile.

The need for reform is more urgent than ever. According to the latest poll, the number of people calling for this has increased from 44% to 56%. Stability as the legitimising force of power is clearly weakening.

There isn’t an economics expert in Russia who would consider Putin’s new goals for growth, presented in the spring, realistic. The voluntaristic and populist ukase of a president who was raised in the conditions of a command economy are simply not convincing.

Vladimir Sokratin, a sociologist and leader of the think-tank Reshenie, warns in the St Petersburg quality weekly Gorod 812 that civil unrest is about to unfold. But in fact, according to the Levada Center NGO, 90% of the population would probably not participate in local protests. Sokratin notes that, as long as the current realities persist, no other outcome is possible given household survey interviews. But events Volokolamsk and Kemerovo showed that street activity can go from zero to 100% in just 24 hours.

The small town of Volokolamsk provides an example of the current regime meeting protest with violent force. Residents had long complained about an unsanitary landfill. When children started to fall ill due to it, around 5,000 of the 21,000 residents took to the streets. Sokratin says that the governor should have offered a deal about the children’s treatment and improving the condition of the landfill. Instead, he called in the National Guard, and social media across Russia showed how they dispersed the crowd. Once the fire was lit, Governor Vorobyov didn’t think he needed to reconcile and put it out. Sokratin adds: “He’s under the impression that he must rule with an iron fist—that’s why he got the position. One cannot negotiate, submit to compromise or kneel before the people.”

When comparing this to the ethnic violence in Kondopoga in 2006, the differences are huge. Sokratin took part in the resolution of that incident, advising the city government of Petroskoi. There was no brutal force and the protesters were not beaten with clubs; instead, the unrest was calmed with negotiations, propaganda and reconciliation.

Sokratin speaks of a social tension that is threatening Russia and could erupt into a riot at any moment. This tension is born of a sense of injustice—nobody seems to be protecting the people. Accidents such as the Kemerevo shopping centre fire that claimed many lives, cases of serious corruption, or arbitrary behaviour by the administration such as closing down Telegram [a popular messaging app—Ed.] can bring people onto the streets. A sudden accident, such as occur often in Russia, will contribute to an explosion if people believe that the state is behaving unjustly.

A year ago, many schoolchildren took part in protests led by Alexei Navalny. They didn’t care about Navalny or even his fight against corruption. The protests didn’t raise Navalny’s popularity ratings, either. Teenagers were simply protesting against injustice in society.

When Putin was re-elected, teenagers were on the receiving end of beatings and arrests. Horrendous pictures spread on social media, depicting even elementary-school children being imprisoned. When parents came to collect their young rebels, they were threatened with joint legal responsibility for failing to bring up their offspring properly. An associated new law is currently in the works.

Protesters are threatened with arrest. Even passers-by are given prison sentences to scare them, like after the Bolotnaya protests in May 2012. According to Sokratin, intimidation only works against intellectuals and good-natured protesters, but some of the demonstrators want to fight. The violence of the National Guard inevitably creates counterviolence.

Last autumn an acquaintance of mine was invited to lunch with the deputy mayor of St Petersburg, when the latter talked about how the Syrian Civil War had started: boys who had painted anti-government graffiti were taken to a police station and got their knuckles rapped.

I’ve read the same story myself—it is, in fact, true that boys were disappearing into thin air in Syria. My acquaintance thinks that the story reflects the leadership’s discussions about the expected protests: if siloviki start to beat all protesters with clubs, then maybe the “civilised” side will warn others about the consequences of violence.

Putin is widely known to make hasty decisions. The entire administration would follow him to quick successes without question and with no regard for the consequences, which are often unexpectedly negative. Officials don’t even have time for strategic reforms when they need to focus on repelling plots conducted by competing groups. The country’s structure has been fragmented and groups are fighting each other. The power struggle between interest groups and Kremlin clans is obstructing the long-term perspective.

Many measures, presented as considered decisions, are actually covert fights in the Byzantine secret corridors of power. The poisoning of Skripal and Litvinenko, the murders of Nemtsov and Politkovskaya, and the closure of Telegram are not necessarily beneficial to Putin himself—but he doesn’t have the resources to affect such acts.

Officials don’t care about the public reaction; they are only concerned with their own positions in the struggle for power. The absence of elections, a free press and civilian pressure groups appears to give them carte blanche. Even in the gubernatorial elections in Kaliningrad, Vladivostok and recently in Novosibirsk, the Kremlin brutally brushed aside local influencers. Defenders of this administration maintain that the Russian people have never had it so good. Economic growth—in other words, the price of oil—has risen back to 2008 levels. This creates a nightmare for all authoritarian leaders: if people’s conditions have improved from struggling to survive to a higher income level, they will eventually start demanding a better quality of life and justice. Younger and more educated people will not settle for stability without freedom and an increasingly empty refrigerator. My own experiences in St Petersburg and Nizhny Novgorod this spring confirmed that people, at least the intelligentsia, are thoroughly fed up with Putin’s administration.

The Arab Spring has been called “Putin’s birth trauma”. It is said that he fears Gaddafi’s fate. He considers himself to be the only person that can stop the country from slipping into chaos, relying solely on ruthless discipline and order.

The president may have a weak connection with the country’s reality; Putin and people who have grown up in today’s world are separated by utter bewilderment. He is self-absorbed and suspicious, does not follow mass media channels or social media, and reads only the secret service’s top-secret reports. According to Sokratin, the siloviki who watch everyone and meddle with everything are not the answer. Even the Soviet-era Communist Party or the KGB couldn’t maintain order in 1991. Putin’s power relies on the army, police and secret services.

However, Sokratin hints that the military might not want to fire on unarmed civilians. They didn’t follow the order to open fire on the protesters in August 1991, because they had been turned into a scapegoat and blamed for casualties in Tbilisi in 1989 and Vilnius in 1991 (when there were also casualties in Riga). The military wasn’t very mobile in 1993.

Mass protests are a risk for the military—even bystanders have been hurt in riots. Sokratin asks: “What happens when somebody falls under a tank or is injured during the dispersal of protests? If an officer’s wife gets hurt and the officer brings his unit onto the streets?”

Even the police aren’t necessarily interested in scattering old women and men beating their pots and pans. This was seen in St Petersburg in 2007, when pensioners closed down the Nevsky Prospect. The Kremlin’s assessment of the situation is perhaps less idyllic than the rest of the world’s. Its expectations are reflected in the recently established National Guard, which is under the direct command of the president. The mission of Putin’s personal army is to maintain order in the country; it is led by Viktor Zotov, a former commander of Putin’s bodyguard unit and a ruthless and blindly loyal man.

Former units of the Ministry of Internal Affairs and riot police OMON were combined into this new gendarmerie. The National Guard has units specialised in “managing” crowds with authority to fire on unarmed citizens, and they have rapid-reaction capabilities. It is larger than the army, and its numbers are being increased to 400,000.

“Crowd management” is necessary when the country is facing reforms that hit the poorer communities hardest. Russian women reach retirement age at 55 and men at 60, and raising the threshold is as inevitable in terms of the national economy as it is politically impossible. The prospect of increasing the retirement age to 65 has been discussed for a long time. Average male life expectancy in 2017 was just 66.5 years and 43% of men don’t live until the age of 65. Men therefore can’t enjoy their retirement. Living on a small pension is painful. Unemployment will increase if the elderly can’t get work and take up jobs in the place of younger people. This is when older people may start to rebel.

Argumenty i Fakty (AiF), the newspaper with the largest circulation in Russia, supports Putin but campaigns against injustice. The paper promotes discontent, vividly reporting the unbridled consumption and partying of the golden youth and oligarchs.

AiF incited bitterness by publishing a comparison in which Russia is revealed as the most unequal country in the world: 74.5% of wealth belongs to 1% of the population. In the United States, which is not famous in terms of social justice, 1% owns 42.1% of wealth, while in China it has 43.2% and in Saudi Arabia the figure is 41.9%.

Even the government acknowledges that the number of citizens labelled as poor is increasing rapidly. Social vulnerability is creating wider discontent. The Director General of the Institute for Regional Problems, Dmitry Zhuravlev, spoke to AiF about how oligarchs move money abroad, get rich through fixed procurements and leave salaries unpaid. “It is not only the injustice, but also the source that is annoying.”

Vasily Simchera, former director of Rosstat (Federal Service for State Statistics), maintains that in the West Forbes lists Bill Gates as someone who got rich through innovation; in Russia, it’s the so-called “raw material class” that has gained its wealth by grabbing finished products. Professor Simon Kordonsky of the Higher School of Economics says: “The law passes judgement on rich people differently than on the poor”. Academics compare the situation in contemporary Russia with class-based society and serfdom. The new class has already reached the stage where the sons of siloviki rise to government positions by turning the money taps.

According to AiF, there is thus plenty of social explosive. Everything appears normal, then somebody lights a match and—bang! Six years at the base of a volcano is a long time.