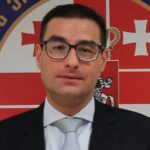 As usual, Russia is trying to benefit from Georgia’s toxic political environment and capitalise on the divisions. It has doubled down on its pressure and blackmail to push the vulnerable country towards formally changing its pro-Western foreign policy course. By undermining its democratic credentials and Western integration, Georgia is naturally sliding towards Russia’s orbit.

The November 2020 peace deal ending the war between Azerbaijan and Armenia brought about new realities in the South Caucasus based on the main principles negotiated under the international peace format OSCE Minsk Group a dozen years ago. However, a lack of progress in implementing these principles and the insufficient attention paid to the South Caucasus by the Minsk Group’s Western co-chairs meant that the cease-fire was negotiated and signed on Moscow’s terms.

The Conflict settlement came into effect right after both President Emmanuel Macron and Secretary Mike Pompeo had failed to end the bloodshed. The regionalisation of security arrangements is a very worrying sign for Georgia, the only country in the South Caucasus whose strategic partners are located outside the region.

The West’s passive policies towards the region have emboldened Russia’s aggressive bid to establish a sphere of exclusive influence. While the West observed from a distance, the redistribution of the balance in the South Caucasus turned into a win-lose situation for the regional powers. Turkey, which had previously engaged in the region with mostly economic tools, managed to leave its first military footprints; however, it had to accept Russia’s supremacy and indispensable role in regional (in)security.

Azerbaijan regained significant parts of its internationally recognised territory; in return, by keeping Nagorno Karabakh’s status uncertain and by stationing so-called peacekeeping forces, Russia increased pressure on Azerbaijan. Armenia lost the war, but it is still entirely dependent on Russia and risks losing even more if Russia decides so. At this point, the Kremlin enjoys control over the so-called frozen conflicts through its military presence in five out of the six Eastern Partnership countries – Armenia, Azerbaijan, Georgia, Moldova, and Ukraine.

Most importantly, Russia’s failure to help—even to betray–its strategic partner, Armenia, was an important demonstration of how Russia values its strategic partnerships and an eye-opener on the credibility of the Kremlin’s security guarantees. There is now a perfect opportunity for Georgia to strengthen its pro-Western course and to unite its polarised society under a Western flag.

Moreover, Georgia could work proactively to convince external audiences that it can still be a real foothold for the West’s key interests and values in the region. However, Georgia’s pro-Western civil society and political opposition are worried that the ruling Georgian Dream (GD) party shows no signs of ambition or positioning to benefit internally or externally from the region’s geopolitical reshuffle.

Georgia has chosen ambivalent policies to avoid irritating or provoking Moscow since 2012. The so-called normalisation of relations with Russia might sound like a pragmatic foreign policy for a country in Georgia’s position.

However, this approach has served as a trap to blur a clear choice—Western integration or strengthening the influence of Russia. On the one hand, the declared main goal of Georgian foreign policy—European and Euro-Atlantic integration—requires a proactive, principled, and values-based approach. On the other, through its aggressive strategies in Georgia and Ukraine, the Kremlin has made clear that normalising relations would only come at the cost of compromising on strategic interests. Clearly, these two vectors are contradictory—one can only be achieved at the expense of the other.

Besides the incompatibility of Georgia’s foreign policy goals, there is a vast disparity between its declared pro-Western policy and any real actions on the ground. NATO integration has long been a narrative rather than an actionable strategy for the GD ruling party. Integration has swiftly morphed into merely strengthening partnership, with no indication of how the Allied decision that Georgia will become a member should or could be implemented. NATO-Georgia relations have been handled through bureaucratic tools, limited to the exchange of diplomatic statements without a guiding political agenda. Realistic suggestions from civil society on strengthening the political aspects of Georgia’s integration into NATO have been ignored or criticised by both Tbilisi and Brussels—a clear example of how the NATO integration agenda has become a victim of the policy of not provoking Russia.

Practical cooperation between the EU and Georgia, meanwhile, is guided through the Eastern Partnership format and focused on economic development, good governance, and financial support. The EU’s current assessment of Georgia’s internal political dynamics—democratic backsliding,  the undermining of civil liberties, a chronic lack of independence and transparency in the judiciary system—contains no expectations of a political breakthrough. A good indication of the gap between declared policy and reality is GD’s new narrative, which voices the idea that Georgia, once a frontrunner in the Eastern Partnership, should officially apply for EU membership only by 2024, leaving the impression that GD is merely trying to refute the widespread belief that Georgia has practically become de-railed from its pro-Western track.

The Convergence of Internal and External Challenges

Russia is taking advantage of this sporadic and unguided foreign and security policy to wage hybrid warfare and increase its influence in Georgia.

The normalisation of relations is nowhere in sight as Georgia’s sovereignty and security is systematically violated by the kidnapping of Georgian citizens, ‘borderization’ along the occupation line, and political pressure. The response to Russia’s blackmail–GD’s focus on the bureaucratic process, with no real ambitions for or deliverables on Western integration—is a considerable achievement for the Kremlin. By staying below the radar and keeping relations with the West focused on diplomatic statements, Georgia’s political elites also hope to avoid harsh criticism from key western capitals and institutions.

The moderate reaction from Western allies to the highly controversial parliamentary elections of 2020 was a shock for the pro-Western part of Georgian society. Although it acknowledged shortcomings, the West’s evaluation of the elections was bureaucratic, focusing on the argument that there was not enough judiciary-grade proof of irregularities.

The Joint US-EU statement called for “a credible and inclusive legal process for remedying substantiated electoral violations”, while all credible watchdogs involved in monitoring the election reported that the central election committee and the courts had baselessly disregarded almost all complaints about detected violations. The post-election statement of the US Embassy in Tbilisi, emphasising the “blurring of the line between the ruling party and the state”, clearly points to the reason why the state authorities had mishandled the complaints from civil society. For the purpose of sober political assessment, it is important for the friends of Georgia to acknowledge that the problem goes beyond legal proof of individual cases of election manipulation, rather that the entire state apparatus was involved in covering-up diverse fraud patterns.

Months of Western-mediated dialogue aimed at diversifying the parliamentary landscape culminated in a single-party majority for GD, naturally triggering wide protests. Despite facilitation and calls from the US and EU Ambassadors in Tbilisi, the opposition is boycotting the parliament. As a result of political bargaining, just six members of the opposition joined the legislature. Eventually, the ruling party managed to fill only 97 of 150 parliamentary seats, not enough either for the legislature’s full-fledged functioning or for the legitimation of the 2020 election results. GD has thus drawn on all available administrative resources to compel more opposition members to join the parliament, including politically motivated charges and manipulation with procedural arrangements. The opposition, however, insists that the only acceptable solution to the unfolding political crisis is new elections conducted in an improved electoral environment.

The political turmoil, accompanied by the pandemic and subsequent economic crisis, have further increased polarisation between the political groups and their followers to a dangerous point. Instead of meaningful dialogue on defusing tensions, in the latest episode of an unsubstantiated criminal case against the leader of the largest opposition party UNM, Nika Melia, the prosecutor’s office and the court conspired to order his detention. In recognition of the full-blown crisis in the country, Prime Minister Giorgi Gakharia resigned warning of the dangers to the future of Georgia’s democratic and economic development, but judicial and political authorities have justified the urgent need for Melia’s detention by referring to the provisions of the law. In parallel, in response to violent cases involving pro-Russian groups, the authorities have formally started an investigation but have not followed this up, offering further proof that the judiciary in Georgia is subject to political influence.

The choice of Irakli Garibashvili as the next prime minister is widely seen as a sign that GD has no intention of defusing tensions or reducing polarisation. One of the most radical and illiberal leaders of the ruling party, he has long led an offensive and fuelled polarisation through hate speech and calls for violence against pro-Western civil society, media outlets, and political opponents. Earlier, as Defence Minister, he had stated that in his understanding, getting rid of the UNM was a national objective for Georgia. In the pre-election attempt to discredit the previous government, he had masterminded the so-called cartographer’s case, accusing two experts of treason without any signs of a crime having been committed. Hopefully, Georgia’s allies have started to recognise this disturbing trajectory of tensions, against a background of deep polarisation amplified by bad practices of selective justice, which leaves the opposition, minority groups, and civil society vulnerable to blackmail and pressure.

To sum up, today is a significant moment when Georgia vitally needs meaningful engagement beyond bureaucratic exchanges and statements of political support from its allies. NATO, the EU, and the US have to engage more actively with pro-Western stakeholders and demonstrate the credible commitment that can deter further Russia’s offensive against the rules-based international system by:

Until the West shows a real intention to apply a coordinated and actionable strategy, Russia will continue to treat the wider Black Sea region as a sphere of its exclusive influence, inevitably causing rollback and backsliding.