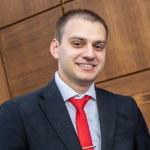 The protests in Khabarovsk, a city of 600,000 located seven time zones east of Moscow, drew up to 100,000 people on the latest in a series of marches against president Vladimir Putin on Saturday. Although city officials claimed that only a couple of thousand people were protesting, a quick look at photos of the streets will set the record straight.

Sergei Furgal, the region’s popular governor, was arrested earlier this month on charges related to multiple murders in 2004 and 2005. He is now serving two months in jail in Moscow and Putin has appointed Mikhail Degtyarev, a politician from outside the region, as acting governor.

Furgal was elected in 2018 with 69.57% of the vote. The importance of this impressive victory is doubled by the fact that he is a member of an opposition political party. Such a situation is an anomaly, and his surprise victory was a blow to the ruling United Russia party.

Implementing social justice programs to provide food in schools, increasing salaries for doctors, focusing on the construction of roads and the purchase of urgently needed medical equipment during the pandemic—these are just some of the success stories of Furgal’s short time in office. He is famous for cutting the salaries of city officials and implementing a programme to build social housing, and for the fight against monopolies that received special rights to export wood, gold and natural resources without paying tax to local budgets.

Furgal’s governorship, which was initially the result of local protests against the Kremlin’s policy towards the Far East, has become a genuine opposition to the central government.

Khabarovsk is tired of Moscow’s endless looting of the region’s natural resources. The social and economic problems of the Far East have been becoming red-hot for years. The Kremlin has reported on the progress of economic development in the region, but in fact the situation has only been getting worse from year to year.

The high cost of living, low salaries and lack of prospects for the young have caused a steady decline in population. Khabarovsk region is located next to China, Japan, South Korea and other prosperous countries in the Asia-Pacific region, and at the same time it is punching hard without any real prospects for further development. Natural resources, which could be the basis for the region’s development, are only a means of enriching Moscow. All this makes young Khabarovsk residents want to leave the decaying area and move to other regions of Russia or the countries of the Asia-Pacific.

Moscow has decided that Sergei Furgal, who prevented the further theft of natural resources, should be replaced by a new governor, who would be part of the “old system”, at the same time promising new investment, launching new factories and enterprises. Acting Khabarovsk region governor Mikhail Degtyarev is a Kremlin-affiliated politician, who has previously called in the Russian parliament for bans on the use of the US dollar in Russia and on the donation of organs and blood to LGBT people. Degtyarev’s main task will be to deal with the people on the streets.

After the protests began, the propaganda machine turned against the people of Khabarovsk, who are now called “cattle” and “sots”, thus showing the true attitude of the top authorities to the inhabitants of the Far East. Moscow says that rioters are “on the payroll of enemy states”.

The New York Times noted that these events have exposed long-standing criticisms of Moscow in the eastern part of Russia. People say the Kremlin demands loyalty but gives almost nothing in return. Following Furgal’s victory in the 2018 elections, Moscow redrew the map of official favour in the Far East, giving the top position to Vladivostok, a long-time rival of Khabarovsk, and thus hurting the pride of the people of the Khabarovsk region.

Moscow is constantly trying to expose the protest as unauthorised and extremist. Just a week ago Russian state media, citing the press service of the Federal Security Service (FSB), rushed to proclaim the prevention of a terrorist attack in Khabarovsk. A 32-year-old citizen of a Central Asian republic had allegedly prepared a terrorist attack with the use of incendiary devices in crowded parts of the city on the orders of international terrorists. At the same time, the detention of the “terrorist”, like that of Furgal, was symbolic if not theatrical.

The protests are intensifying, no longer in support of the former governor but in the quest for the respect that the citizens demand for themselves and in the desire for justice. And while the Kremlin thinks it can quell popular discontent by using its propaganda, the protest will only grow. It has already spread to Vladivostok, where several thousand citizens shouted: “We are the Far East! Moscow, listen to us!”. The local administration does not permit popular protest, so people just gather in groups to “feed the pigeons”.

As more and more people join the protest, Putin is already preparing to deal with it by force of arms. Last week journalists reported a convoy of more than 20 vehicles carrying security forces to the city of Khabarovsk in order to break up a rally that Moscow did not need. Officials announced that this had been done on the pretext of conducting large-scale military exercises codenamed Caucasus 2020. Bringing troops into the city pursues the goal of demonstrating force, as well as seeking to prevent rallies in other cities.

Residents of the Khabarovsk region believe that military equipment and vehicles carrying paramilitary units are a provocation and the authorities should not upset people who are exercising their constitutional rights. However, with eyes open it is clear that Moscow will not allow such protests to achieve their goals. Putin never hesitates to impose solutions by force.