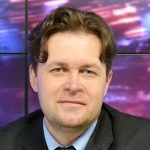 The rapid cooling of relations between Ukraine and Poland is not a bolt from the blue—in fact, they have occasionally been problematic before.

However, the current round of confrontations between Warsaw and Kiev poses a serious threat to the security of Central Europe.

For a very long time, Poland played the part of “Ukraine’s advocate,” while pursuing its own interests at the same time. However, after the Revolution of Dignity, the relations between the two neighbours have cooled, and misunderstandings have started to pop up and accumulate. In addition, the Law and Justice Party, which regards the issues of historical memory as a cornerstone of its policy, came to power in Poland in 2015.

It can be said that the autumn marathon of tense Polish–Ukrainian relations is mainly due to the behaviour of the Minister of Foreign Affairs Witold Jan Waszczykowski, who has not made any noticeable progress within his two years in office. The government rotations announced by the Prime Minister Beata Szydło are related to the dialogue between the President Andrzej Duda and his political patron Jarosław Kaczyński, who has nationwide influence in Poland. Waszczykowski is seeking to improve his political career while straining the relations with Ukraine, since a considerable part of the Polish elite perceives the neighbouring state in a consumerist sense.

A clear example of this is the near million Ukrainian labour migrants are working in Poland, who are not only efficient workers, but are also quite loyal to the Polish government. In the labour market, they are compensating for the Poles who have left for Germany, England, Scandinavian countries, while working for less. The presence of such a large number of labour migrants from Ukraine has provided representatives of the Polish government with an excuse when talking about already “accepting a million refugees.” A phrase which is commonly in Brussels, even though Poland has granted official political asylum to only a few dozen of Ukrainian citizens in 2015–2016.

The ongoing conflict is indicative of a crisis of misunderstandings in the Polish-Ukrainian relations. Kiev has not yet fully realised why the issue of burials is of such a huge importance for the Poles, at the same time, Warsaw choses to ignore another obvious fact: in the context of aggression on the part of Russia, the imperial rhetoric on the part of the western neighbour is perceived in a pronouncedly intense and sensitive way. In addition, Ukraine has managed to persevere in the face of Russian aggression and is trying to strengthen its own agenda in Central Europe.

It would be a mistake to assume that the Polish-Ukrainian relations consist of nothing but problems. The project of the Polish-Ukrainian-Lithuanian brigade named after Duke Konstanty Ostrogski has been successfully implemented, and military and technical cooperation is developing. There are mutual interests in the energy field, and Ukraine is actively adopting the Polish practices of decentralisation. In addition, special relations with Ukraine can become for Poland a key for strengthening its own positions not only in the EU, the NATO as well. However, it would only be possible provided that the tone of the relations with Kiev will be restored back to normal.

The President of Ukraine Petro Poroshenko has initiated an extraordinary session of the Polish-Ukrainian presidential advisory committee, which should take place in Krakow this week. The efficiency of the dialogue will be a precondition of the speed of recovery from recently soured bilateral relations. The need for their normalisation does not raise any doubt for many people on both sides of the Polish-Ukrainian border and in Europe on the whole.