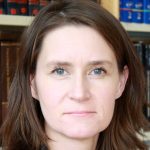 The decision at NATO’s Warsaw Summit in 2016 to establish an enhanced forward presence in the Baltic States and Poland was highly valued in Poland. Defence Minister Antoni Macierewicz stressed that the decision was of historical importance, second only to Poland’s accession to NATO. In January 2017, U.S. tanks and troops began arriving at the military camp in Zagan, western Poland, as part of the planned reinforcement of NATO’s eastern flank.

Since the Russo-Georgian war in 2008, Poland has warned against the threat from Russia, which for Warsaw overshadows all other security challenges. A frontline state with an exposed geopolitical position, Poland borders the Russian exclave Kaliningrad to the north, a region that has seen a considerable military build-up. Although a large-scale military attack on Poland is deemed unlikely, it is argued that Poland can be drawn into local and regional conflicts in its neighbourhood. Poland must also be able to meet all kinds of threats, whether conventional or hybrid in nature.

Even before Russia’s aggression against Ukraine, Poland had shifted the focus of its defence efforts away from international operations towards the protection of its national territory. In 2013 then- President Bronisław Komorowski, a former defence minister, launched the so-called Komorowski doctrine relating to the renationalisation of defence efforts. Poland’s current government, under the leadership of the national-conservative Law and Justice party (Prawo i Sprawiedliwość, PiS), continues to stress the importance both of the national defence capability and of the principle that NATO is a complement, not a replacement, for it. The Sejm (Parliament) has decided to raise the defence budget from 2016 onwards, which means that Poland will actually become one of the few countries to reach NATO’s goal of spending at least 2 percent of GDP on defence. The PiS government has also decided to establish a fifth branch of the Armed Forces (alongside the Army, Air Force, Navy and Special Forces) in the form of a Territorial Defence force, which will significantly increase overall personnel numbers. In addition, it has launched a Strategic Defence Review and revised the Armed Forces’ technical modernisation programme that runs until 2022.

Despite these investments, both Polish experts and international observers have diverging views on the status of Poland’s military capability. Poland is often commended for being one of the few countries to reach NATO’s goal for defence expenditure and is sometimes viewed as a role model when it comes to defence efforts. However, uncertainty regarding the present government’s priorities, coupled with substantial and controversial staff replacements and dismissals, have led to a bureaucratic deficit that has impaired the country’s ability to prepare decisions relating to the modernisation of the Armed Forces. The priority given to the domestic defence industry in acquisition can also prevent an efficient use of resources. In addition, efforts to rapidly recruit and arm the new Territorial Defence force may divert resources from the other branches of service. Moreover outdated equipment—dating back to the Warsaw Pact period—still represents up to 70 percent of the total stock.

In 2016, the PiS government re-examined the Komorowski doctrine to some extent, declaring that Poland should become a security provider both on NATO’s eastern and southern flanks. With regards to the eastern flank, Poland has taken an active part in the implementation of NATO’s Readiness Action Plan since 2014. For example, it has participated with fighter aircraft in the Baltic Air Policing mission, provided troops to NATO’s new spearhead force (Very High Readiness Joint Task Force, VJTF) and engaged in several exercises. At the Warsaw Summit in 2016, the government committed to participate in NATO’s enhanced forward presence by contributing a company-sized force to the Canadian-led battalion in Latvia. In addition, it has offered to become a VJTF framework nation in 2020. When it comes to NATO’s southern flank, Poland decided in 2016 to contribute a frigate to NATO’s operation in the Aegean Sea as well as F-16 fighter planes and Special Forces to the international coalition against Daesh. These new commitments will put a strain on the Polish Armed Forces, which might negatively affect the national defence capability.

The greatest contribution to the defence of the eastern flank has, however, been made by NATO and other allies. In the past few years, NATO has reinforced its military command structure and established new command units (NATO Force Integration Units) on the eastern flank. Furthermore, allies have on several occasions exercised the ability to move units rapidly to Poland by sea, land and air. The Polish Armed Forces support the efforts of its allies by providing host nation support for allied forces and by contributing personnel to NATO’s command structures in the country.

In addition, Poland and the United States have deepened their bilateral military cooperation. The U.S. has taken the lead in setting up NATO’s battalion-sized battle group in Poland starting from April 2017, with additional contributions from the UK and Romania. The headquarters of the U.S. Armoured Brigade Combat Team (envisioned to strengthen the eastern flank beginning later this year) as well as a number of warehouses for pre-positioned equipment are also to be placed in Poland. Furthermore, as part of NATO’s missile defence, the construction of an Aegis Ashore site has begun in Redzikowo, northern Poland. Despite the current uncertainty surrounding future American engagement in Europe, U.S. forces will most likely complete these planned reinforcements in the short term. The fact that Poland is one of the few countries meeting NATO’s target for military expenditure may also help ensure continued American support in the longer term.

To conclude, it is primarily Poland’s geographical location and the reinforcements made by its allies that make it an increasingly important ally in the defence of NATO’s eastern flank. However, national defence capability is still under development, while the government faces several challenges with regard to the implementation of the defence reform and the modernisation of the Armed Forces. The change of government in 2015 has also raised questions and international concern about Poland’s political reliability. PiS’ time in office has been characterised by domestic political polarisation and strained international relations. Nonetheless, there is widespread support for reinforcing defence efforts among politicians and the general public alike. If this support is maintained and effectively coordinated with its allies, Poland will continue to make an important contribution to the defence of NATO’s eastern flank.