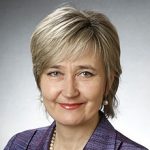 What is the Number 1 Estonian security problem? Should Estonia build shelters for its people, like Finland? What stance should it take on compulsory military service for women? Will sanctions force Russia to undo its actions or do they provoke Russia even further? Diplomaatia held a discussion on defence policy in the run-up to the elections, attended by representatives of all political parties currently in the Riigikogu.

Külli-Riin Tigasson, Eesti Ekspress
The war in Ukraine, the terrorism offensive by the Islamic State of Iraq and the Levant (ISIL), relations between nations—when you think of Estonia’s security problems, what concerns you as a politician the most? What is the most important foreign security problem? What is the top internal security problem?
Urmas Reinsalu (Pro Patria and Res Publica Union): From the point of view of military security, we must consider the increasing aggressiveness of Russia. The Western world, including Estonia, must be prepared for the confrontation to last a long time. This may include a military clash between Russia and NATO. Estonia’s location means that we could also become a participant.
Laying it on the line—are you talking about the possibility of a military conflict on Estonian territory?
Reinsalu: At the end of 2013, the magazine The Atlantic published an analysis about potential armed crises in 2014. It did not include a word about Ukraine, Russia or Transcaucasia. The picture has completely changed now. When a country has started to alter its borders by force of arms—and we are talking about a nuclear weapons state—then this is the most severe military crisis since the end of the Cold War. This country no longer abides by the basic rules of international law. Its actions are unpredictable. Military crises begin with unpredictable behaviour, which comes to a head. We must be ready for all sorts of surprises. Russia’s behaviour is contrary to any instincts that we may have about the well-being of its citizens or its international reputation. It is illogical in the short and long run. We must take account of the unexpected and the illogical, and this could result in a military confrontation between NATO and Russia.
Jürgen Ligi (Reform Party): I agree that, generally speaking, the greatest foreign security problem is, of course, Russia, and the world without rules it has established. The problem also includes shows of sympathy, which can be found in countries near and far, including members of the European Union and NATO, and, to some extent, in Estonia. We cannot talk about great unity in Estonia in terms of security policy, and even the electorate has different attitudes towards the problem. A very big issue is the capacity for psychological resistance, and I have seen incredible setbacks on this matter in the international arena.
Marianne Mikko (Social Democratic Party): There are two big problems from the point of view of foreign security. First, Russia is not like what the West had thought, wanted and dreamed of. It is aggressive and has no intention of turning towards democracy. Second, the ISIL offensive. Although it does not involve us directly, we are part of NATO and the EU and therefore involved anyway, as militants have gone to join ISIL from Finland and Sweden. When the leader of the Swedish Security Police claims that terrorist attacks similar to that in Paris will become the norm, this is a very serious statement. The most important internal security question is whether we consider the one-third of the population that does not speak Estonian to be “on our side”. Are they patriotically minded?
Rene Toomse (Centre Party): It is clear that Russia is the only country that poses a military threat to Europe. As to Mr. Ligi’s comment, it is certainly not the Estonian Centre Party that has a different understanding of the issue. The question is rather about how to resolve the situation. Let’s take a wider view. The country’s survival is very much based on the economy and exporting its products. And here, Russia has been an important partner. Is there any point in getting into a gunfight while equipped only with pocket-knives, when we are the ones who would suffer later? It would be better to remain moderate! I would like to remind you that the Estonian Centre Party has condemned aggression against Ukraine, and the attack on Georgia at the time. While we have politicians who may seem to support Russia, this is not our official position, but the private view of individuals.
Do you mean that Estonia should seek the weakening of sanctions, as Estonia’s economy and security are suffering?
Toomse: The issue does not concern only sanctions; even Khodorkovsky says that they do not work. Other solutions are needed.
What, exactly?
Toomse: Sanctions tend to provide two options: all or nothing. We can see that the current sanctions do not work; they do put strain on Russia, but they do not make Russia withdraw from Ukraine. Things are not simply black and white.