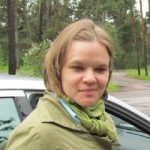 Relations between Israel, the UAE and Bahrain, and their possible influence on the world.

Israel recently shook the world by signing treaties with the United Arab Emirates (UAE) and Bahrain. It had previously concluded treaties in the Arab world with Egypt (in 1979) and Jordan (1994), bringing benefits for both parties. Egypt, the first country to conclude a peace treaty with Israel, received regular aid, including budgetary support amounting to two billion US dollars, as well as military assistance. Israel’s treaty with Jordan was similar in content. Western businesses in the Middle East found some two billion new customers (and counting).

Now, the parties to the new treaties hope to gain political benefits and reach new markets. For Israel this would mean some 12 million people in the UAE and Bahrain. In return, Israel can offer expertise in the fields of water purification, extension of water supply, and agricultural technology, the most promising sectors for cooperation. The partnership could also be extended to include tourism and culture, and probably transport.

Iran has expressed discontent over Israel’s treaties with the two Gulf states. However, it is understandable why they were signed now, after decades of status quo with no cooperation or communication between the Arab states and Israel.

Naturally, the Palestinian authorities also disapproved of the move, as the idea of a two-state solution has been on the table since the creation of the current state of Israel but is now uncertain. Some think that all Arab countries should follow the lead of the UAE and Bahrain by establishing diplomatic relations with Israel, opening up the whole region.

On the other hand, we must consider the map of the Middle East. Clearly, Arab states want to take this historic step to ensure their own independence, continuity and security. The increased military activity in the region in recent years has seen a rise in the number of pro-Shia Muslim organisations due to the widespread efforts of the “Islamic State” group to spread its beliefs and generous financing.

Regional security is an important aspect, too. There are no official nuclear states in the region. However, it is quite clear that both Israel and Iran may have nuclear weapons and others are attempting to acquire them; but until recently, the status quo meant that there was no need to rush. What about now? It is understandable that both countries are worried mostly about their neighbours and, regardless of the good relations between Washington and the Arab states, the US is still far away.

The historic new agreements are different from previous ones, as they are not the result of the Cold War or the so-called “Land for Peace” framework following the Six Day War of 1967 but, rather, follow a new model for peace based on common interests. Both are a result of economic opportunities and shared concerns about security, especially in relation to Iran.

That is not all. Since 1967, the decades of peace negotiations have been guided by the principle that the Arab world could only accept Israel’s continued existence if there was peace with the Palestinians. The UAE demands respect for the two-state solution and, more importantly, allows for the Arab states to give advice to the Palestinians in light of current events, especially regarding the opportunity and need to communicate directly with Israel. The negotiations should cover the real security needs of Israel if the two-state solution is decided upon. Mohammed bin Zayed Al Nahyan, the Crown Prince of Abu Dhabi and de facto leader of the UAE, has stated that his price (i.e. demand) for reaching an agreement with Israel was the seizure of settlement developments on the Jordanian West Bank. In response to international pressure, Benjamin Netanyahu, the Israeli prime minister, has slightly slowed development in the area. The demand to stop the expansion is a dead end for Netanyahu, as he had promised to annex 30% of the West Bank this year, which has proved to be more difficult than initially planned.

The Palestinian leaders’ opposition to the moves by the UAE and Bahrain, as well as the blind hatred they have caused around the Persian Gulf, merely shows how the traditional Palestinian attitude—all or nothing—is still blocking any progress. This is the reason why, in 2000, 2001 and 2008, the Palestinians refused Israel’s offer to establish a state that would have granted almost all their demands. In addition, the Palestinians are disturbed by Bahrain signing the treaty with Israel, which is a clear sign of Saudi Arabia’s approval, while the Saudis have thus far been supporting the Palestinians. The latter feel cheated by everyone. It is common knowledge that, even if a peace treaty with Israel is not concluded under the current Saudi king, one is not out of the question under the next one, if it is [current Crown Prince] Mohammed bin Salman.

The decision by the UAE and Bahrain to normalise relations with Israel was taken with Saudi Arabia’s knowledge and approval. Riyadh may act somewhat differently, but it clearly agrees with this new direction for the Middle East. The latest agreements with Israel are thus just the tip of the iceberg in respect of changes in the region’s strategies, and we must wait to see what the long-term prospects for these treaties really are.

Notably, Washington has announced plans to pull US troops out of the region, and pro-Western Arab states acknowledge the partnership with Israel, keeping in mind Iran, the common enemy prowling nearby, and its potential for aggression. Several things allow us to hope that Arab states with a Sunni majority are on Israel’s side, promoting stability and cooperation in the fields of defence and information technology. In light of this, cultural cooperation will also probably increase. All of this should weaken Iran, which is seeking to increase instability, and its supporters, including Hezbollah (conducting a surrogate war in Lebanon), the Assad regime in Syria, the Islamist Turkish leader, Recep Tayyip Erdoğan, and Hamas.

In addition, the treaties help ambitious Gulf states that have amassed large military forces. The UAE treaty include a promise from the US for the deployment of weapons that the country could previously only see at military exhibitions: the F-35 Lightning II fighter and the EA-18G Growler electronic warfare aircraft. The UAE has used weapons it acquired earlier in Libya and Yemen, but these would fall short in a confrontation with its biggest antagonist, Iran. As a result, there is hope of joint exercises with Israel to better prepare for that threat.

Bahrain’s gains from its treaty are palpable as, until 1969, the Shah’s regime considered Bahrain part of Iranian territory. Regardless of the King of Bahrain being a Sunni, a considerable proportion of the population—the anti-monarchist Shiites—have preferred to stand with Iran instead. This is therefore clearly also an issue of national security.

The treaties with the UAE and Bahrain are of great benefit to Israel, too. Netanyahu believes in the grand strategy of the 1920s, according to which there is an “Iron Wall” between the Jews and the Arabs. This means that Israel would gain from it in the long term, and the Arab world would benefit from understanding its neighbour. Israel does not want to be isolated in the region. While it understands the long-term benefits, it has also forgotten recent disagreements with the UAE over that country strengthening its military arsenal.

President Erdoğan of Turkey has stated his regret for the damage done to Palestinians due to Israel’s agreements with the UAE and Bahrain. Meanwhile, the Turkish authorities have been asked whether they would agree to join the UAE and Bahrain in their agreements to stand up to Iran, but no official decision has yet been taken and there is no information on where Turkey sees itself on the new map of Middle Eastern powers.

Iran’s leaders have widely criticised the agreements. This amounts to more than empty words. The “Abraham Accords” have put Iran’s leaders in a new position. Hitherto, the opposition of Western governments has been mainly verbal, with the only issues being nuclear weapons and sanctions, but the new situation is a real headache. On top of this, there are internal protests in Iran, where, regardless of the state security authorities’ efforts to silence the people and neutralise opposition, some brave Iranians are still ready to speak their mind in public.

Washington is a long way from Iran, but the UAE is just across the Persian Gulf. On the other hand, Tehran is searching for opportunities to return to the negotiating table, but with its millennium-long history and culture Iran can afford to be patient, and the current landmark they are waiting for seems to be the US presidential elections. Thus, Israel, the UAE and Bahrain have made a move that Iran did not expect, and this has clearly restricted its choices.

On 1 September, several top Iranian figures expressed deep concern that a number of Arab states might join the UAE, Bahrain, Egypt and Jordan. Oman has welcomed the UAE’s decision and actions, and Iran stated its serious concern over this. President Rouhani declared at the UN General Assembly that Iran was not a bargaining chip, and the incoming US administration should “surrender” to Iran instead. It is clear that Tehran is getting ready for something. Other members of the UN, including the UK and Germany, have claimed that imposing new sanctions on Iran, something that the US has considered, could have unpredictable consequences.

Due to the upcoming elections, the deal also benefits Trump; during a campaign, it pays to present oneself as an ambassador for peace, as several of his predecessors have done. The Abraham Accords have been concluded; this should appeal to Evangelical Christians in the US and help Trump’s re-election to the White House.

In conclusion, with Israel’s peace agreements with the UAE and Bahrain, the Middle East has undergone a significant change—the decades-long perception of the region has shifted. Until recently, the general view was that the situation could be managed and the peace agreements with Egypt and Jordan were just little mishaps that would not bring any future change, but the position has now altered.

In addition, despite major global efforts, the region’s pariah, Iran, is still at the centre of the West’s thinking, and even former sworn enemies have joined forces to preserve their countries and well-being. Many large Western countries are on standby, not rushing to impose new sanctions on Iran.